Don’t Forget: The Monaco Grand Prix Is Also This Weekend

We’re all following Alonso at Indy, so here’s an on-board lap with Vettel to help remind you why you should watch the Monaco Grand Prix. 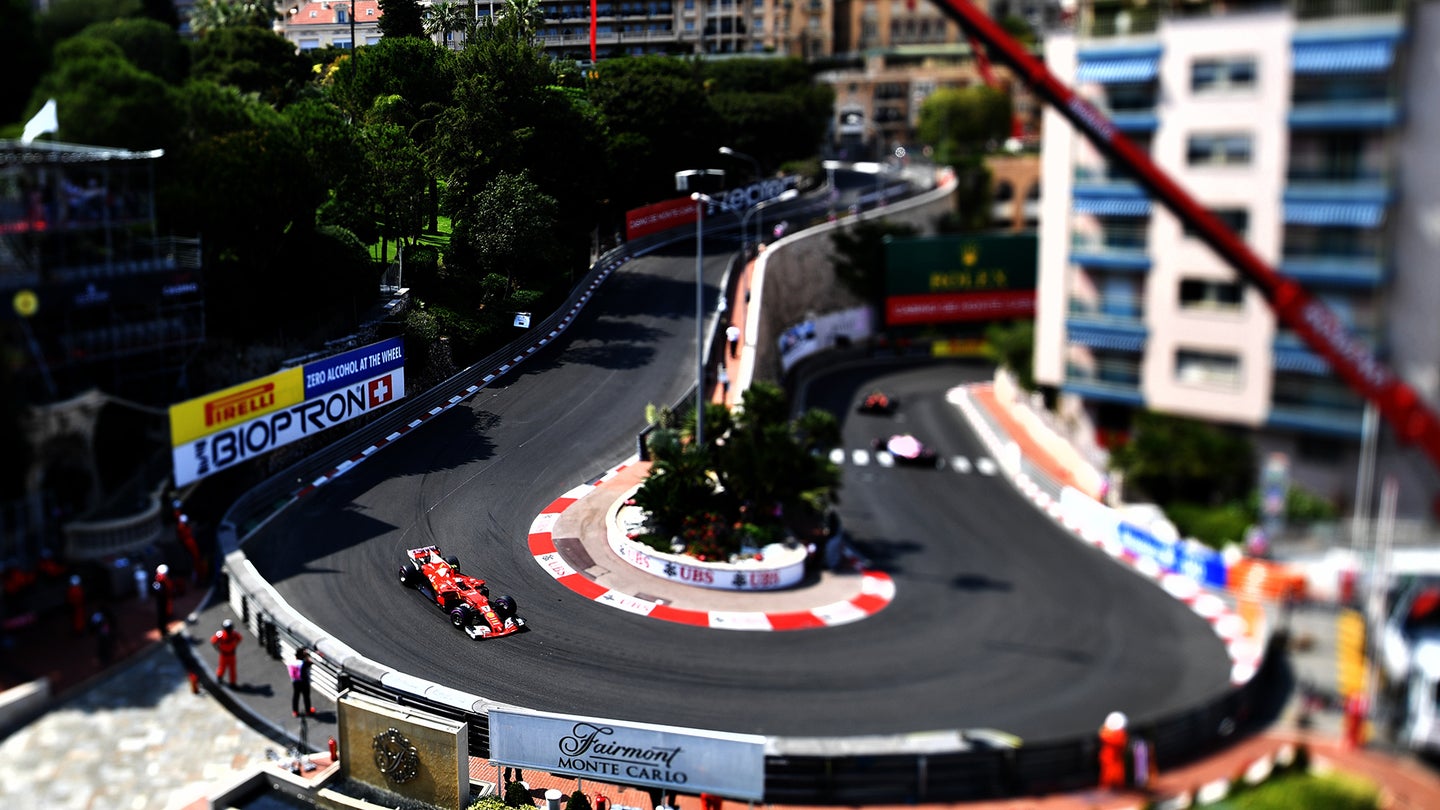 With all the hype around Fernando Alonso and how well he's done so far at the Indy 500, it's easy to forget that Formula One has the Monaco Grand Prix this weekend. Remember the Monaco Grand Prix? We had almost forgotten about it, too. It's the little race that Alonso is skipping so he can run at Indy.

It's Thursday, which means that today was Friday practice in Monaco. Why? Because that's just the way it's done. Why does Formula One still race around the narrow streets of Monaco? Because they do. Can the drivers even make passes on track with the wider cars of 2017? Yes, but for an inexplicable reason, someone will always try to dive down the inside of the hairpin, which almost never ends well.  Now stop asking so many questions.

This year, the cars are faster and wider, giving them less room for error than in recent years.

But the cars are only about eight inches wider, you say. This is how close they are getting the barriers in 2017.

That's not just close, that's touching. It wasn't just Kimi that used the barrier to help turn the car. Many other drivers were doing this as well.

Filling in for Alonso is Jenson Button, who until today, hasn't driven the new 2017 car. He was up to speed right away and set a time in the second practice session that was virtually identical to his teammate. Not too bad for a semi-retired driver.

Button also showed everyone that he still knows how to drive around Monaco by throwing a textbook pass on Lewis Hamilton.

As you can see from the times above, the Mercedes pair aren't up front, yet. And maybe they won't be. The six fastest cars of the session have already eclipsed last year's pole time of 1:13:622, which was set be Daniel Ricciardo in a Red Bull. Four of those six cars are the Red Bulls and Toro Rossos.

Just because they have an amazing pace for a hot lap or two doesn't necessarily they'll be able to keep that up for a full race stint. Fuel loads, traffic, and tire degradation will all come in play on race day.

The pieces are falling into place for memorable Monaco. In case you need a reminder of exactly how daunting it is to run through the richest streets in the world in a Formula One car, enjoy this on-board lap with Sebastian Vettel from 2016.

I know Formula One has been upping it's social media game in the last year, but it's been hours since the first two practice sessions finished and F1 still hasn't (as of writing this) posted an on-board lap from today. So, as a result, we get a lap from last year. At face value, there isn't much difference. But when watching the on-boards during the practice sessions, you could tell that the cars were running much closer to, and touching, the barriers.

The cars hit the streets again on Saturday morning for practice and qualifying. The race is bright and early Sunday morning, at 8am ET. Coverage begins at 7am on NBCSN and moves to NBC at 7:30am. Why don't they just keep it all on one channel? Stop asking so many questions and just enjoy the race.