The poster appears to be part of a push for the terrorist group’s followers to attempt more vehicle attacks in the West. 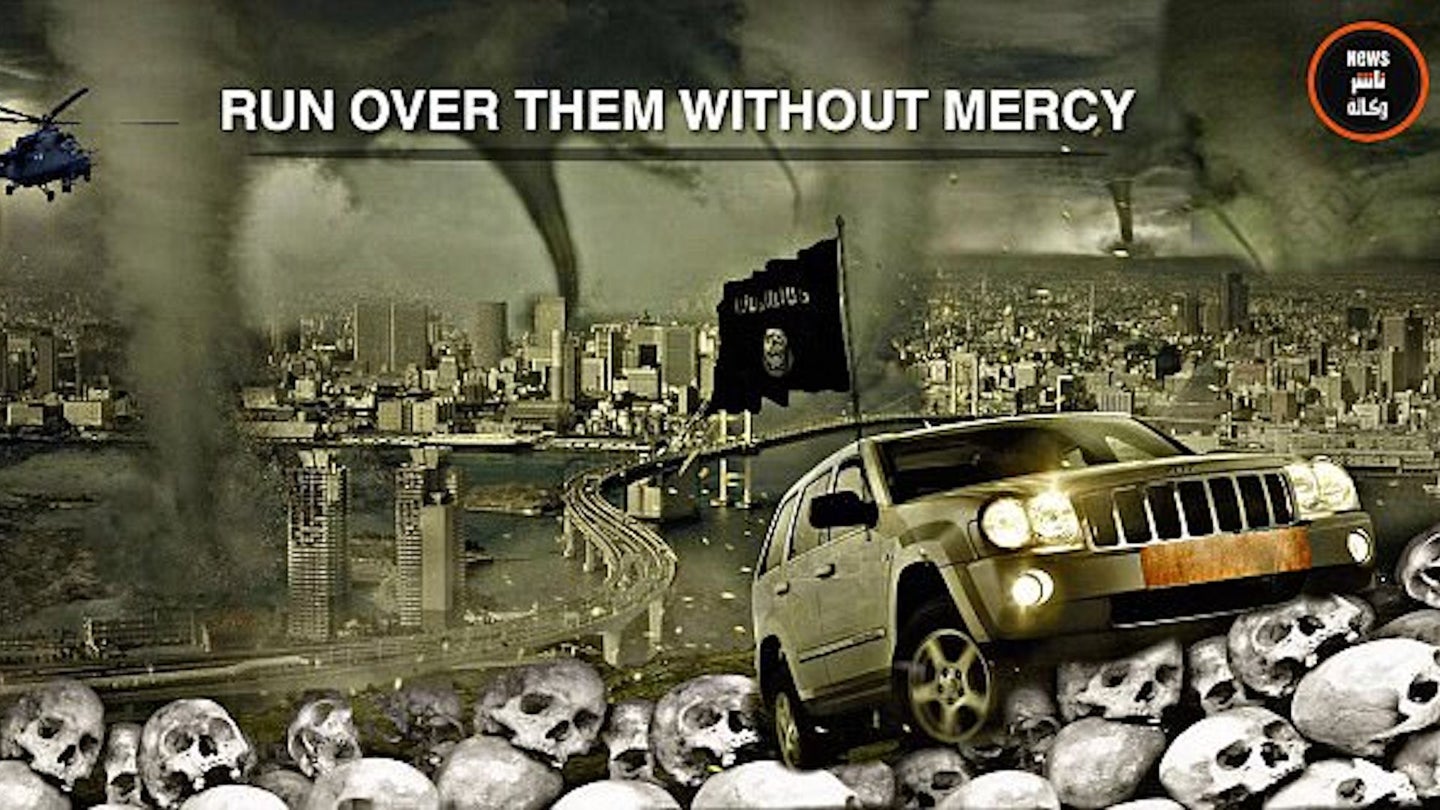 An ISIS propaganda image released by the terrorist-group-affiliated Nashir News Agency shows a Jeep Grand Cherokee with what appears to be an ISIS flag attached climbing over a mound of skulls with the caption "run them over without mercy."

The vehicle in the image is placed in front of a background that shows a city in distress—grey skies, tornadoes, and damaged skyscrapers.

The propaganda, which we first found via DailyMail, is part of an effort from ISIS to push more of the terror group's followers to commit vehicle attacks in the western parts of the world before the end of Ramadan. Similarly-styled attacks have recently been seen in London, Berlin, and Nice, among other cities.

In late March, a 52-year-old man drove his car into pedestrians on the sidewalk of the Westminster Bridge in London and continued to attack innocent bystanders near the Palace of Westminster with a knife until he was shot and killed by an armed police officer. On that day, March 22, six were killed, including one unarmed police officer, and more than 50 were injured.