The program could bring EVs down to Honda Civic prices in the state. 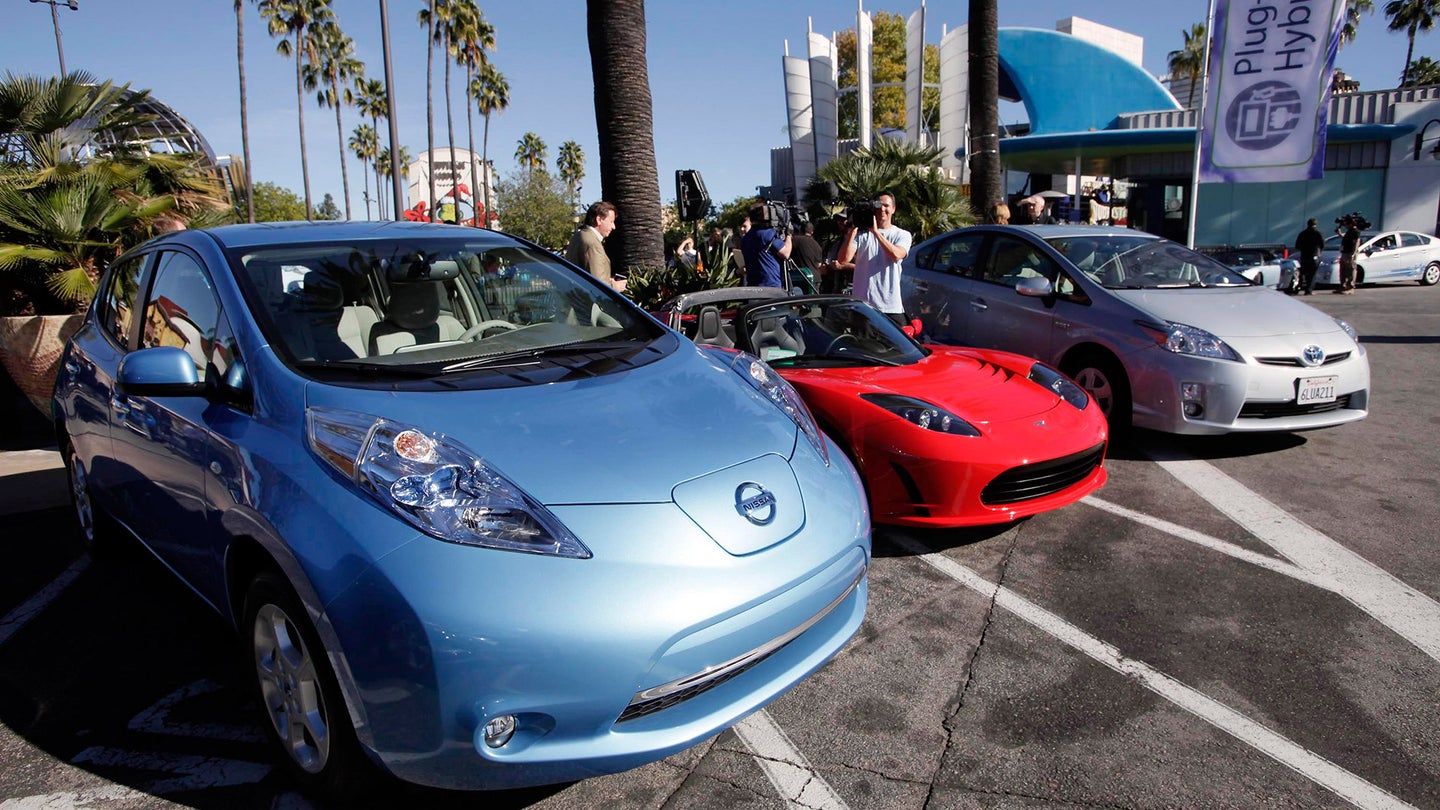 The Golden State may be planning to give electric car buyers extra treasure for their purchases. A bill working its way through the California legislature would create a $3 billion fund designed to encourage EV adoption by providing larger rebates to customers than currently available—and getting that money to consumers much more quickly than existing methods.

The bill, known as AB1184 and referred to as the California Electric Vehicle Initiative, would be a massive boost in state funding for electric vehicles, according to The Mercury News. California has given $420 million towards EV incentives since 2010, partly in the form of income-sensitive $2,500 tax rebates, instead of making them wait to file their taxes. The new bill, however, aims to deliver state rebates to EV customers at dealerships at the time of purchase. It would also seek to increase the number of charging stations across the state, establish car-sharing programs for low-income communities, and provide incentives for buying used electric vehicles.

While the bill is designed to encourage EV adoption across the board, one of the bill's core proposals seems aimed at encouraging the adoption of electric cars in lower price categories. The bill would seek to set up a rebate and incentive program that brings the transaction price of a compact electric car down to the average take-home cost of the most popular conventionally-powered compact car in the state. That means electric vehicles like the Chevy Bolt and the Tesla Model 3, which have pre-incentive starting prices of around $35,000-$37,000, could come down to the cost of a Honda Civic or Toyota Prius.

While the current combination of the state tax break and the federal tax credit currently brings such EVs close to price parity with conventional compacts, the U.S. government's full $7,500 tax credit is only available on the first 200,000 electric vehicles made by a carmaker. Assuming Tesla manages to stick to its planned production schedule, it should hit that number next year—which means federal cash will start to dry up. The California program, then, would enable Teslas to continue to receive large discounts in the company's home state...which also happens to be its largest domestic market.

The bill would also establish lower rebate levels for plug-in hybrid vehicles in the state, basing their rebates on their battery storage capacity "compared to the electrical storage capacity of the batteries in the most commonly sold electric vehicle that has a range of 200 miles or more." (Which seems to suggest that a Chevy Volt, with its 18.4-kilowatt battery, would be eligible for one-quarter of the incentives of a Tesla Model S with the 75-kW battery.) AB1184 would also retire the credits for plug-in hybrids no later than the final day of 2023.

The bill is currently in committee with the California state senate, having been passed by the state's lower legislative body by a vote of 45–30. Given California governor Jerry Brown's enthusiasm for EVs—he's pledged to try and put 1.5 million electric cars on the state's roads by the year 2025 and 5 million by 2030—it seems likely he'll sign it should it reach his desk.

One of China’s largest automakers plans to test self-driving cars in Silicon Valley.