It’ll make its racing debut at the 25 Hours of Thunderhill.

The recently-teased Civic Type R and its GT3-style wing may be the Civic that fans are waiting for with the most anticipation, but we shouldn't forget about the more accessible Civic Si that's also slated for a reveal soon. In an effort to drum up hype for its in-betweener performance compact, Team Honda Research West—a race team consisting of engineers from the company—are going racing with a prepped and camouflaged 2022 Honda Civic Si.

Its first race will be the 25 Hours of Thunderhill and Honda released a brief clip of the car undergoing testing at the California racetrack. As far as we can tell, the Si won't look drastically different from the regular Civic. Other than a pair of shinier exhaust tips and the same honeycomb front grille found on the hatch, this Civic Si's front and rear fascias are unchanged. And because this is a race-modified car, we wouldn't look into the wheel designs too much nor are we expecting the production Si to get the big race car wing.

Whereas the previous-gen Si was available as a sedan or a coupe, this generation of Civic does not have a coupe variant and, at this point, likely never will. Hence, the four-door format for this imminent 2022 Civic Si. Set to unveil in full "soon," Honda says the 11th-gen Si will be the "best-handling and most fun-to-drive Civic Si ever."

Got a tip or question for the author about the new Civic Si? You can reach him here: chris.tsui@thedrive.com 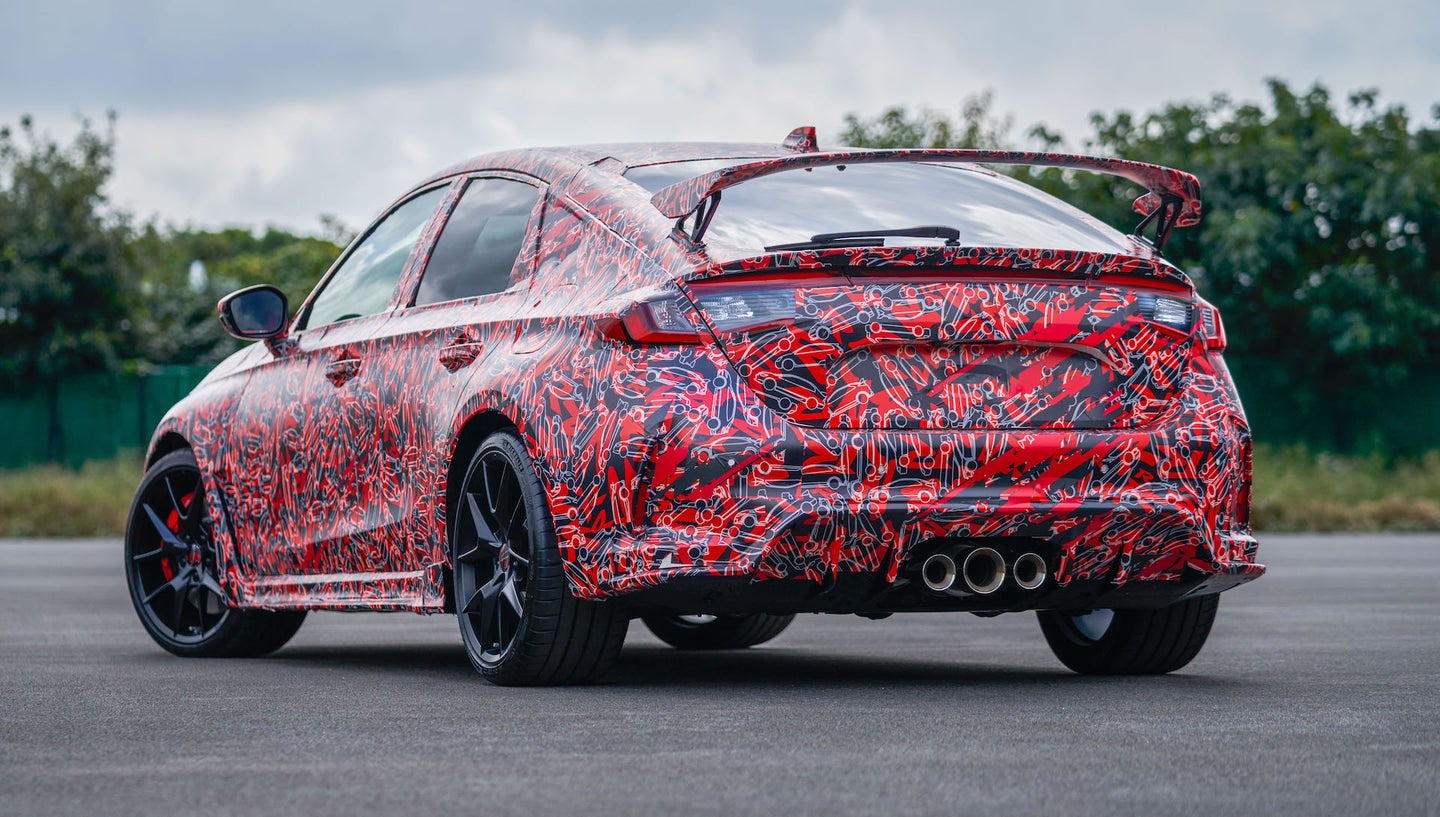 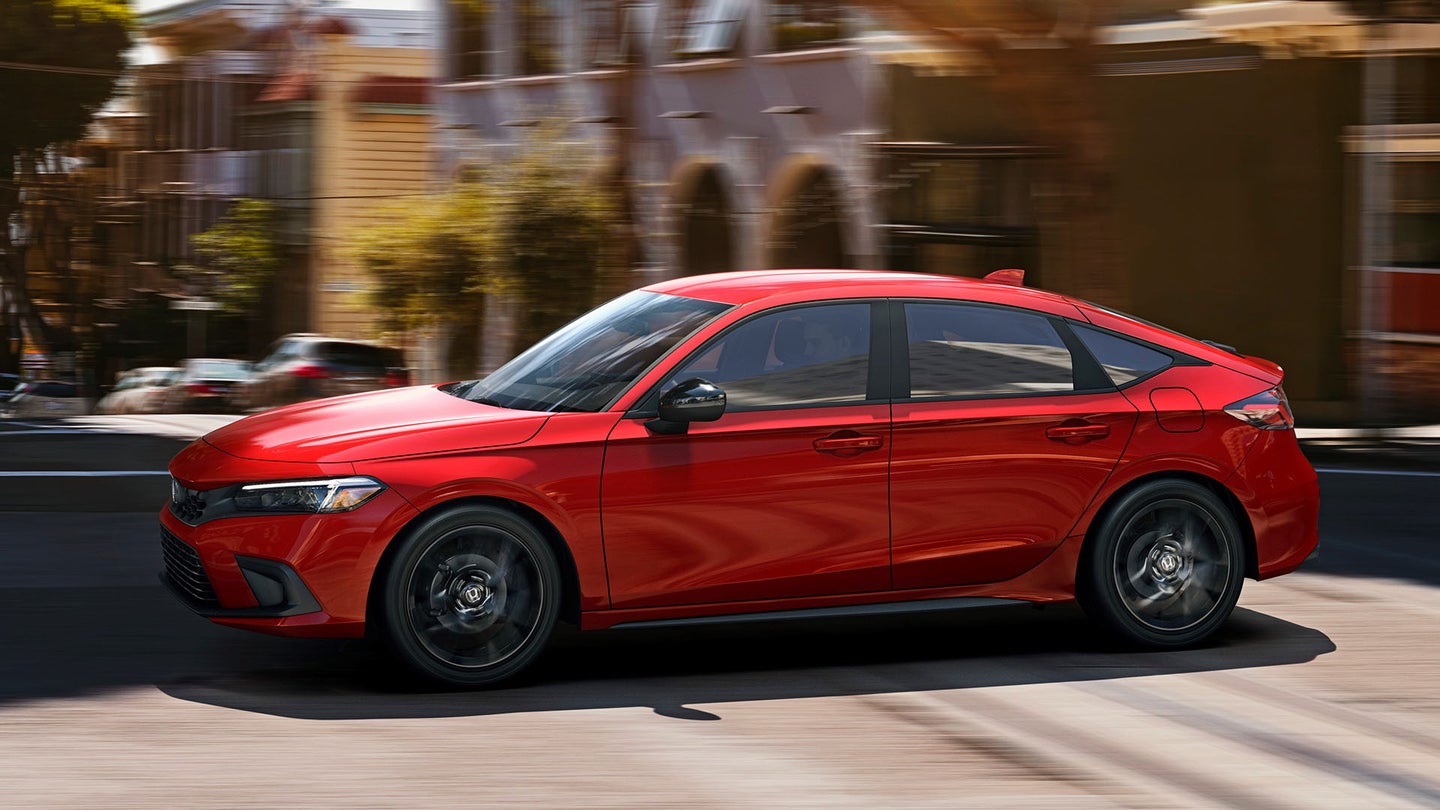 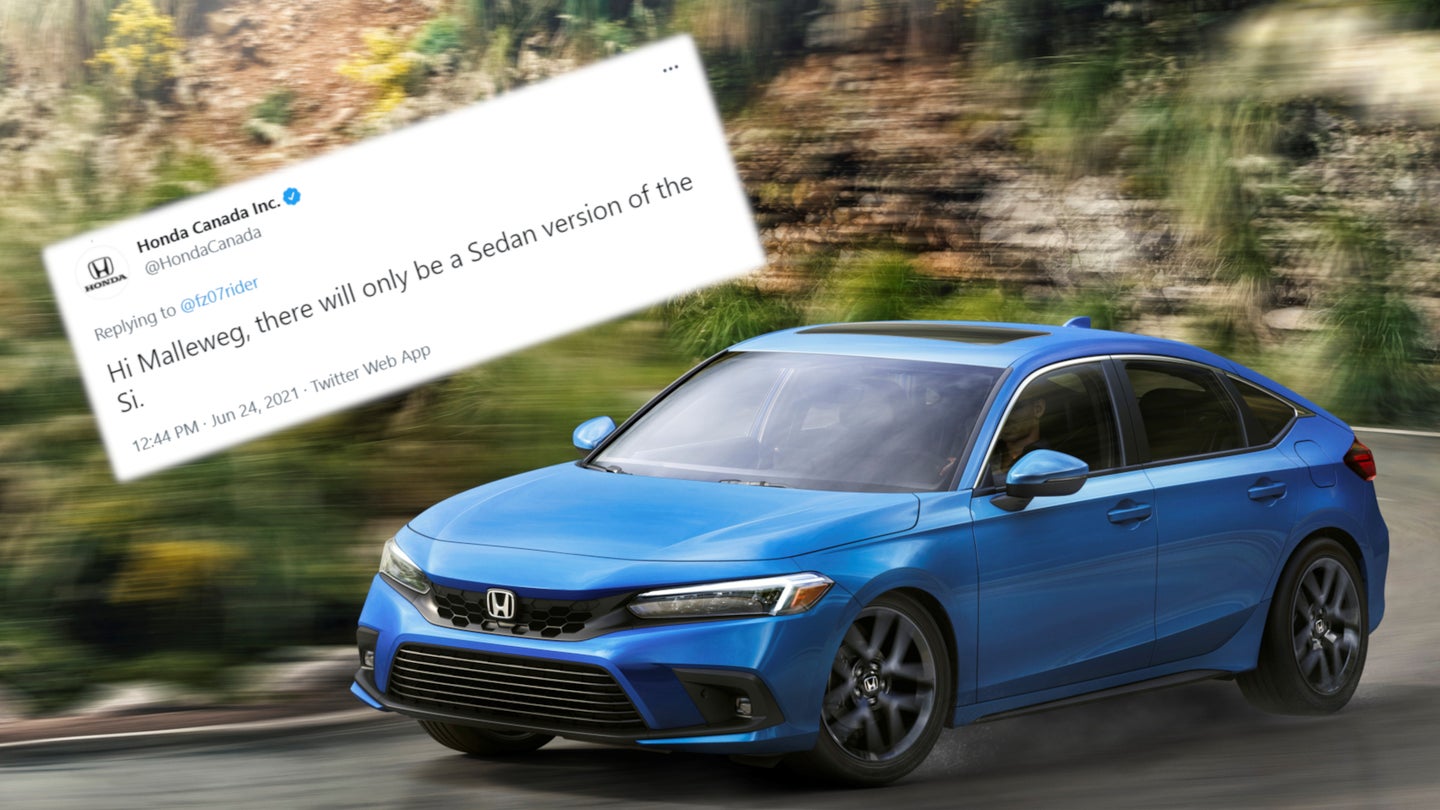 The 2022 Civic Si Might Only Live on as a Sedan

The popular model slots in just below the Type R, and may not be available in a hatch this time round.