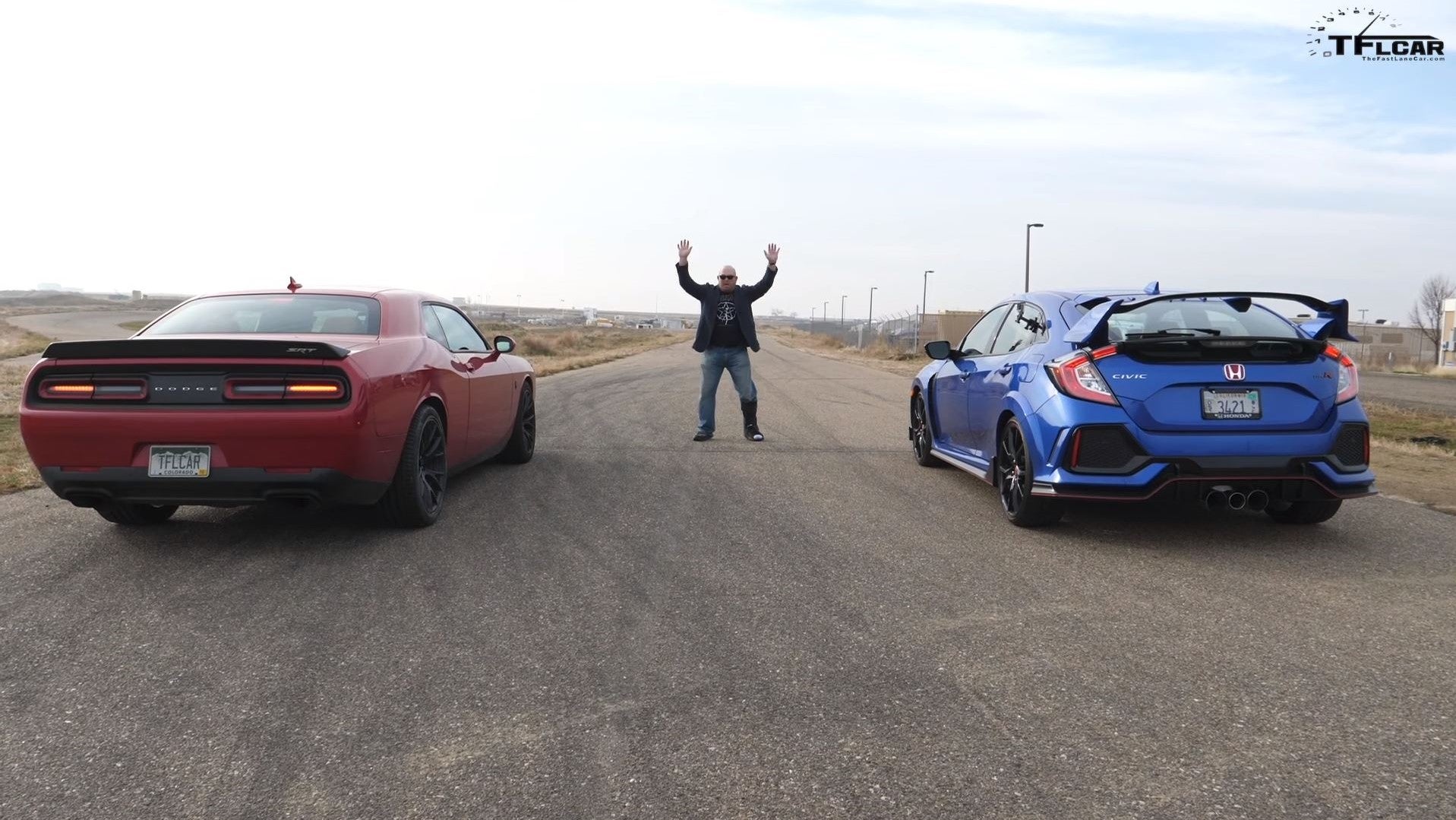 A father and son team from The Fast Lane Car have put two very different vehicles head to head on the track. A Dodge Challenger SRT Hellcat faced off with a Honda Civic Type R in both a drag race and a hot lap. The results were...predictable.

The 707 horsepower Hellcat is a famously good drag car thanks to its gobs of power and torque generated by its supercharged 6.2-liter V8 engine and it had no problem defeating the Japanese compact at what the Hellcat was made to do—go really fast in a straight line.

However, when it came to comparing lap times on the same track, the nimble Honda Civic Type R beat the big, heavy Hellcat at darting around the track by four seconds despite a big horsepower deficit. The turbocharged 2.0-liter inline-four in the Civic makes 306 hp and 295 pound-feet of torque, but its lighter weight, shorter wheelbase, and more agile suspension gave it the handling it needed to best the all-American coupe around the track.

2018 Dodge Demon at Indianapolis
The Drive

There’s nothing surprising about these results. The two cars won at the things they were made to do. However, it’s still fun to watch the comparison of two of the finest performance cars on the market that are so drastically different in what they’re good at doing.