If there’s a better use for a junkyard-bound classic Chevy and a broken-down tractor, we can’t think of it. 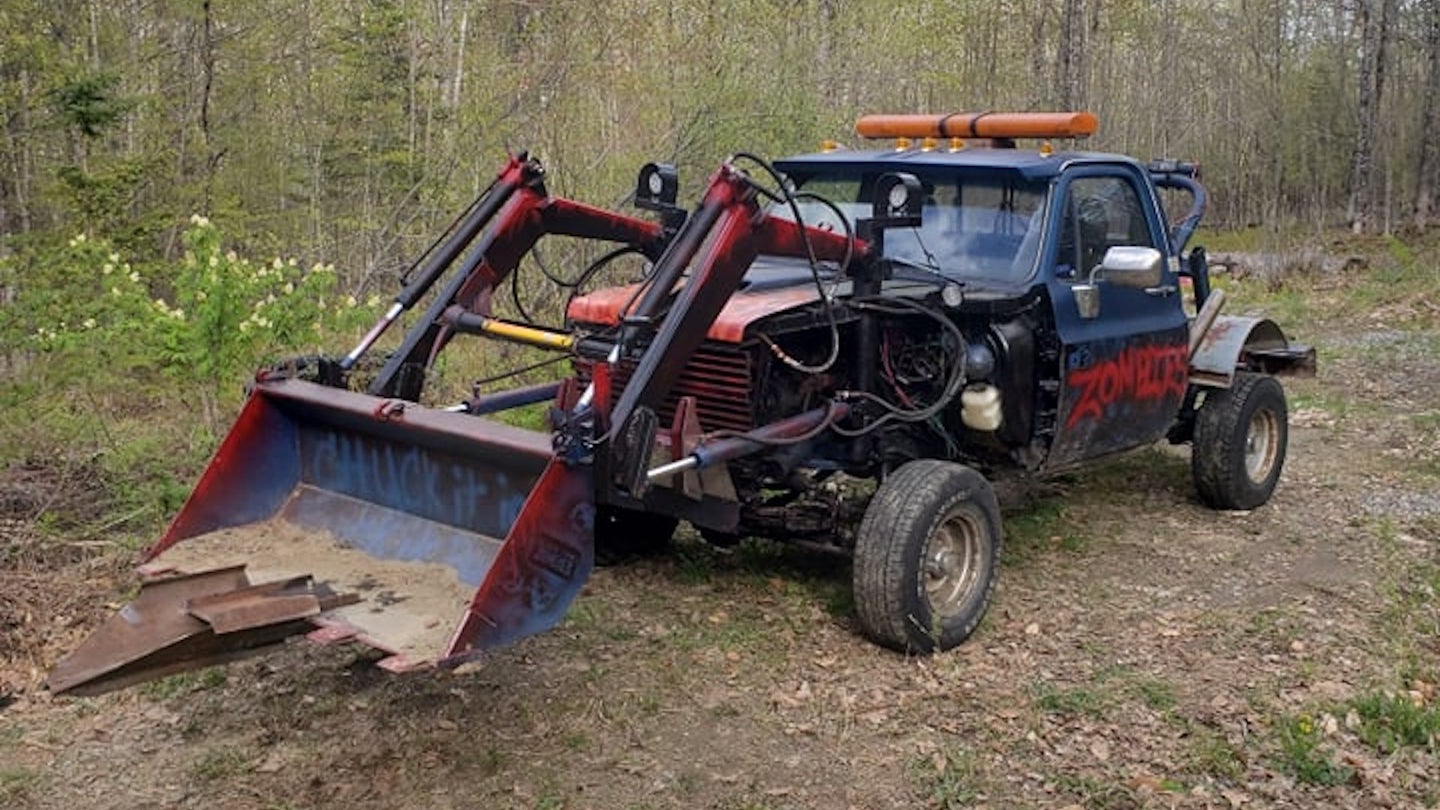 Blank-check builds don’t usually speak much for their creators’ abilities. Truly resourceful work, after all, is usually done under tight constraints, like in motorsport, where cheating has to be impossibly clever to succeed. Exemplifying this on an individual scale, though, is also possible, as proven by the maker of this fantastic Frankenstein's monster of a Chevrolet K10 with a hydraulic bucket loader.

This monument to making do with whatcha got was built by one Andrew Watson on a tight budget last autumn when there wasn't much to do outside the home. At the time, he had a tractor with a useful bucket loader, but the vehicle itself was unreliable, uncomfortable in the heat or cold, and being two-wheel drive, prone to getting stuck. Nearby, someone had an unused third-gen Chevy K10 that was on track for the junkyard, where its 305-ci V8, four-wheel drive, and enclosed cab with a working heater would do nobody any good. Cue the lightbulb—and build montage.

Watson patched up the Chevy's rusting frame, then lifted and reinforced its front axle with a custom leaf spring pack. This was done to carry the troublesome tractor's bucket loader, which he grafted on using a mix of steel just lying around and some cut off a $150 boat trailer. Levers installed inside the cab operate the hydraulic control mechanisms where the bed used to be, and where lives a seven-horsepower generator motor used to power the hydraulics. The hydraulics themselves are partially of Watson's own design and were created with the knowledge he gathered solely for this truck.

"This is the first time I've ever built anything to do with hydraulics, but [after] some research, and trial and error, I figured it out," Watson told us.

Watson has used his creation to haul around everything from pallets to crushed rock, which he used to grade into a driveway which his bucket truck also helped him shovel over the winter. He has used a winch mounted out back to pull down trees, and is considering upgrading to a bigger one, as well as planning to swap the truck's rear wheels for tracks.

"Bit by bit, it will get bigger and better," said Watson, who hopes the truck will one day also serve his son. The truck's purpose, after all, has been clear to Watson since the beginning: "To make a legacy to pass through the generations in our little family."

Got a freakier farm truck of your own? Tell me here: james@thedrive.com

If the real Ferrari 250 GTO is legally considered a work of art, what about this drivable sculpture?

The mid-engine sports car isn’t hanging around on dealership lots, and the average sale price is up there, too.

Numbers aren’t everything—but neither is a compact tractor. We tested the limits of John Deere’s latest.