Ever caught air off a speed bump? How about doing it in a wooden-framed cart steered with rope while your buddy hangs out the back? 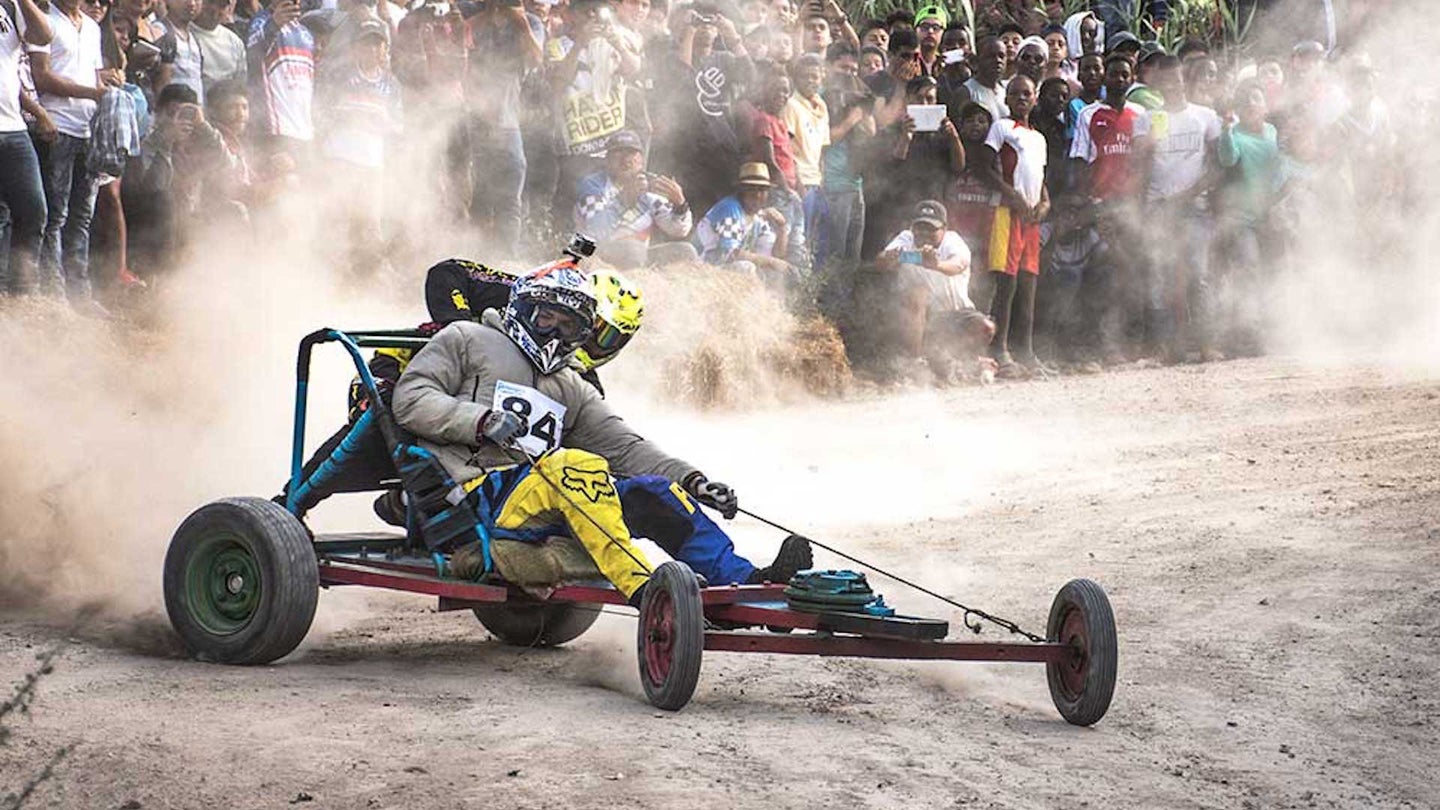 Soapbox cars are often seen in the United States as a lowly form of racing, one with which we can entrust children. Down in rally-crazed Ecuador, however, they seem to take their motorless-sport seriously, sprinting down mountainsides or urban courses in purpose-built prototypes, often exceeding 60 mph under the pull of gravity alone.

Carrera Coches de Madera, translating awkwardly as "wooden car race," is an evidently popular pastime in hilly Ecuador, with roots dating back to the 1940s according to Quito Informa. Some events utilize cars crewed by two; one of whom mainly steers while the other pushes with their feet in slower sections, and throws their weight around in corners akin to motorcycle sidecar racers.

At least one of Ecuador's soapbox series utilizes an organized structure of car classes, which as outlined by the city of Pimampiro's website span everything from all-wood contraptions to those specially made prototypes. On the lower end, obviously, are cars with wood frames and wheels wrapped in rubber said to top out around 30 mph.

Above them sit their pneumatic-tired cousins, which touch the upper 40s. Then come "free force" prototypes with metal frames, composite bodies, and four-wheel suspension that can exceed 60 mph. And as shown in onboard footage from prototype-class Coches competitors Marco and Cesar Zumba, these cars can haul ass on all surfaces.

In their still fairly primitive soapbox racer, the Zumbas launch off speed bumps without slowing down, brave loose mountainous trails with steep drop-offs, and rip down sloping straights that pull them up to 50 mph.

To do all that takes serious faith in one's handiwork—or at least, in a higher power. Going by the IN GOD I TRUST vinyl on their front wing, the Zumbas clearly have at least one of those bases covered.

In the first of a new series of /MY LIFE AS A RALLYIST episodes, Ryan goes to Ecuador, grabs a rental car, and the fun begins.