This museum piece is listed for a cool $70k. But if you ask us, it's totally worth it. 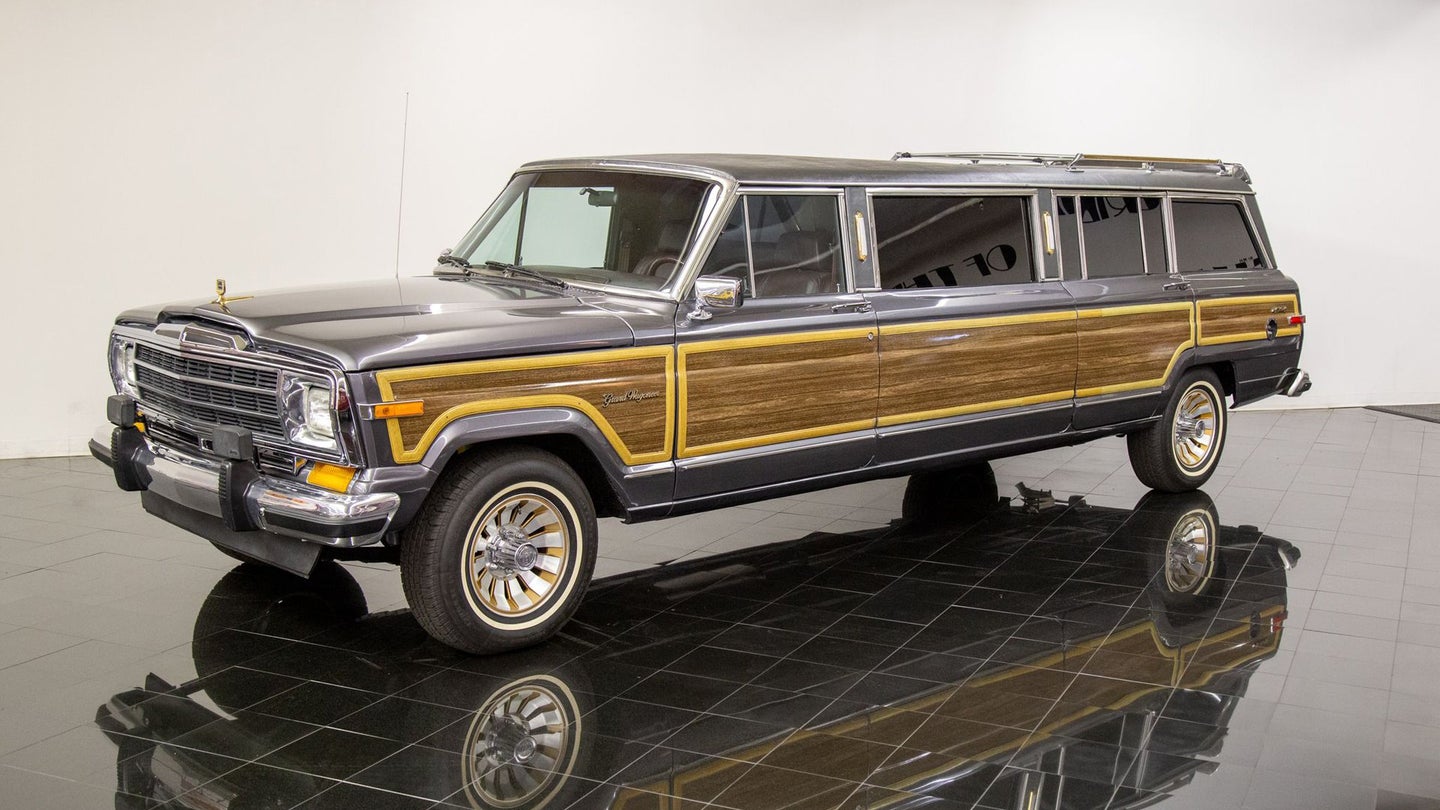 When it comes to stretch limousines, they’re typically based on Lincoln Town Cars, Cadillacs of all sorts, and even a stray Hummer H2 here and there. Wouldn't it be cooler, however, if you could have one built out of a 1988 Jeep Grand Wagoneer? That's exactly what we've found for sale in the great Midwest for just under $70,000.

Located in the fittingly named town of Overland, Missouri near St. Louis is one of 60 Grand Wagoneer stretch limos ever made. And honestly, we're surprised there were that many to begin with. According to its description, it was originally built for duty in the state of Colorado shuttling skiers and snowboarders to and fro. 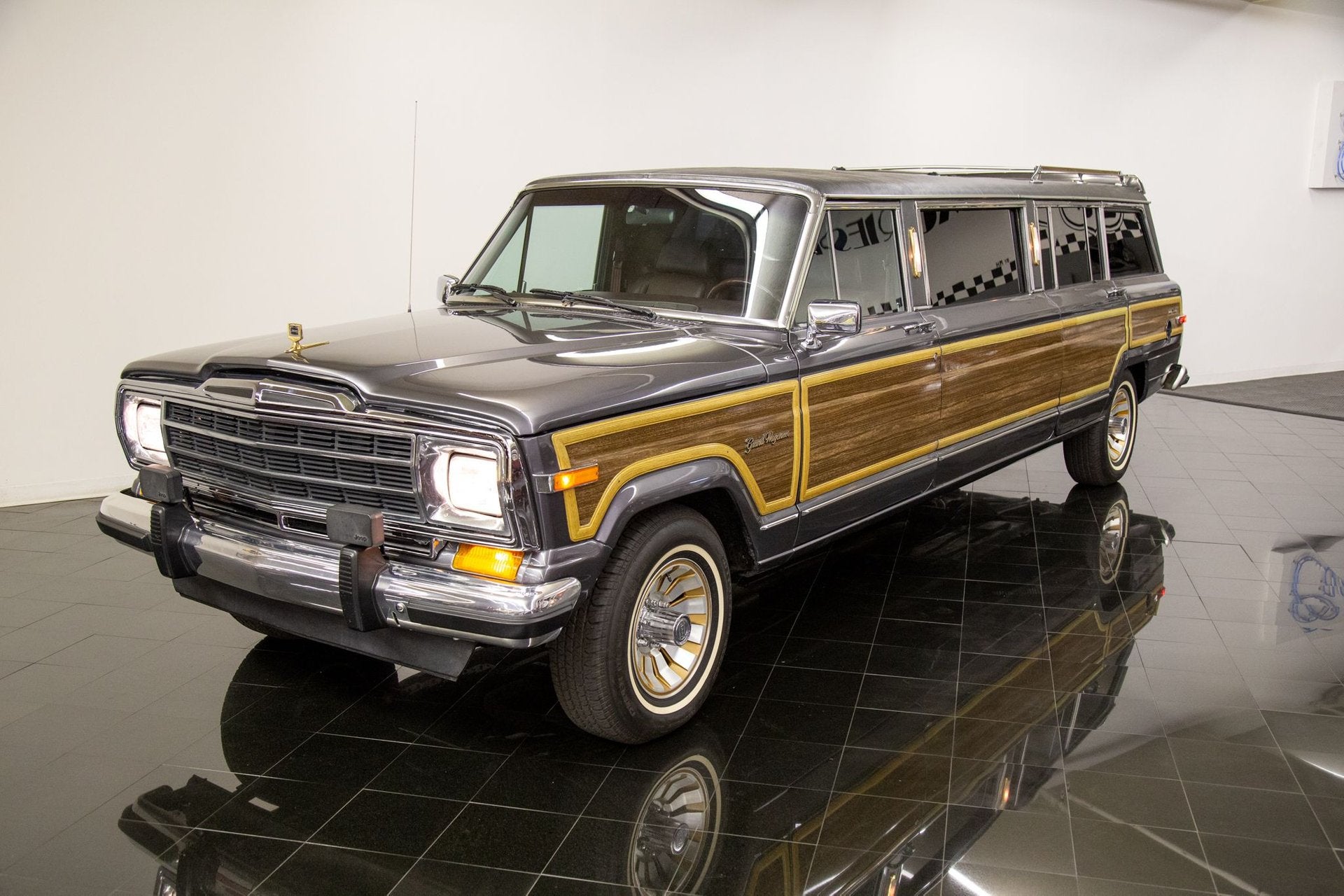 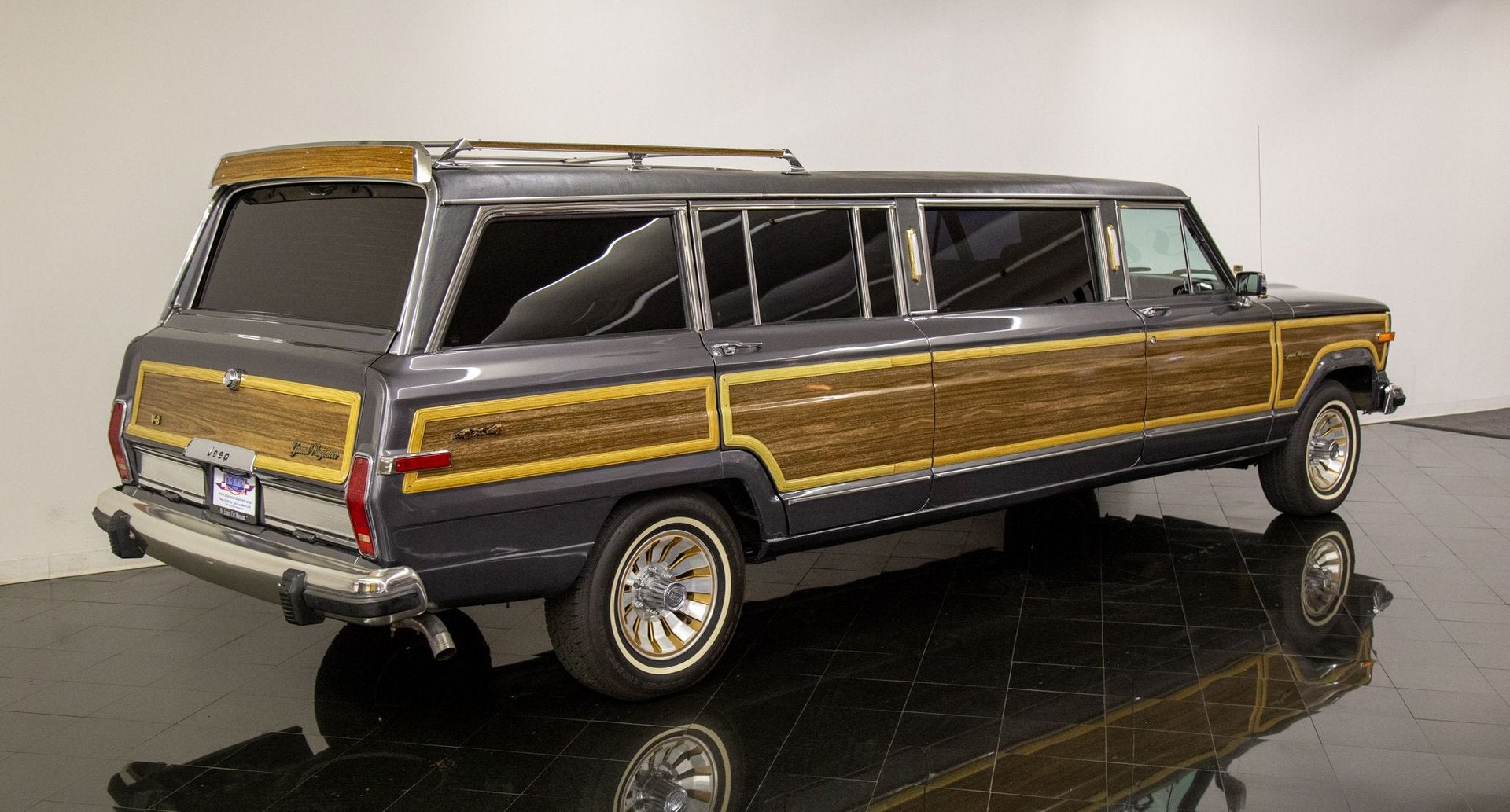 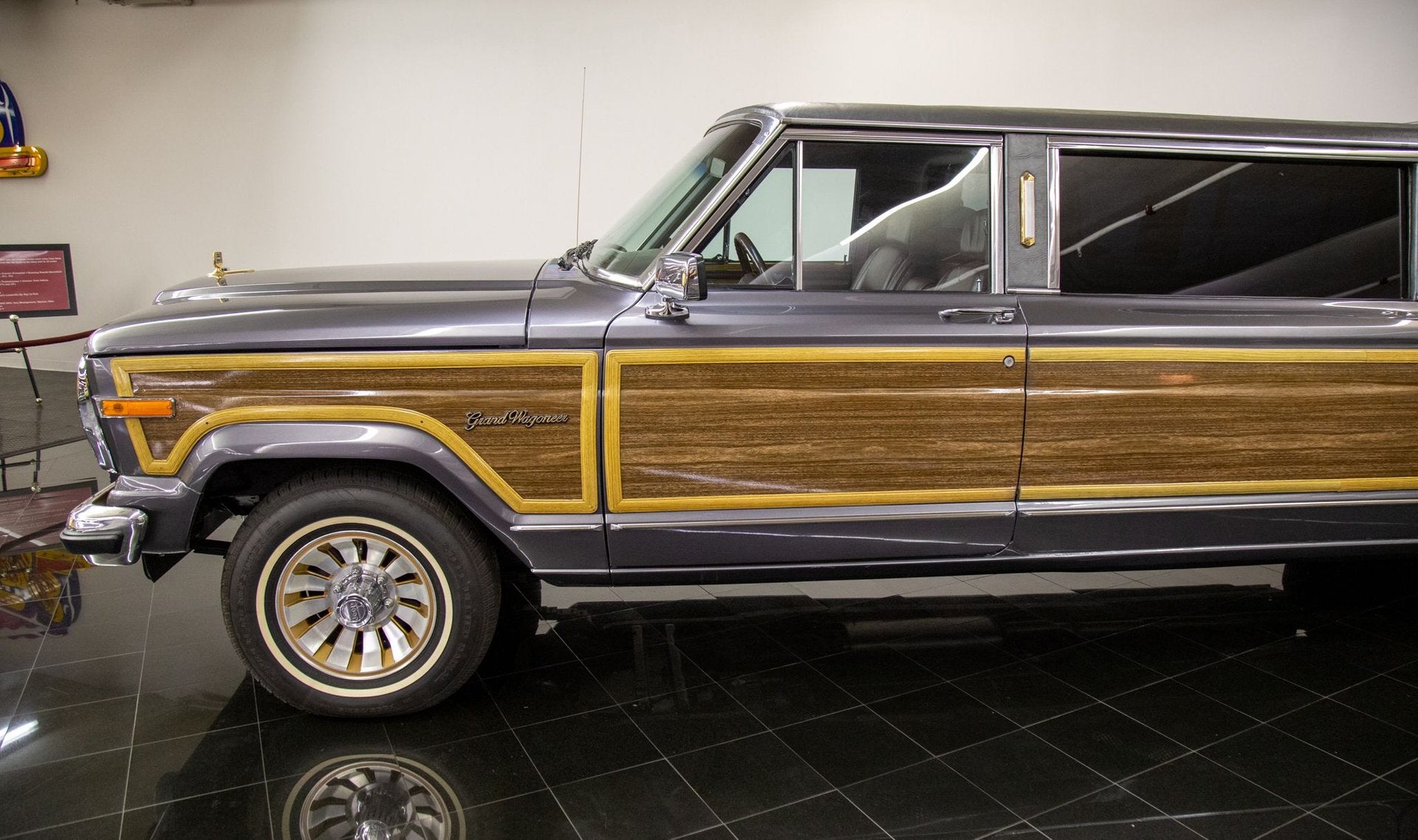 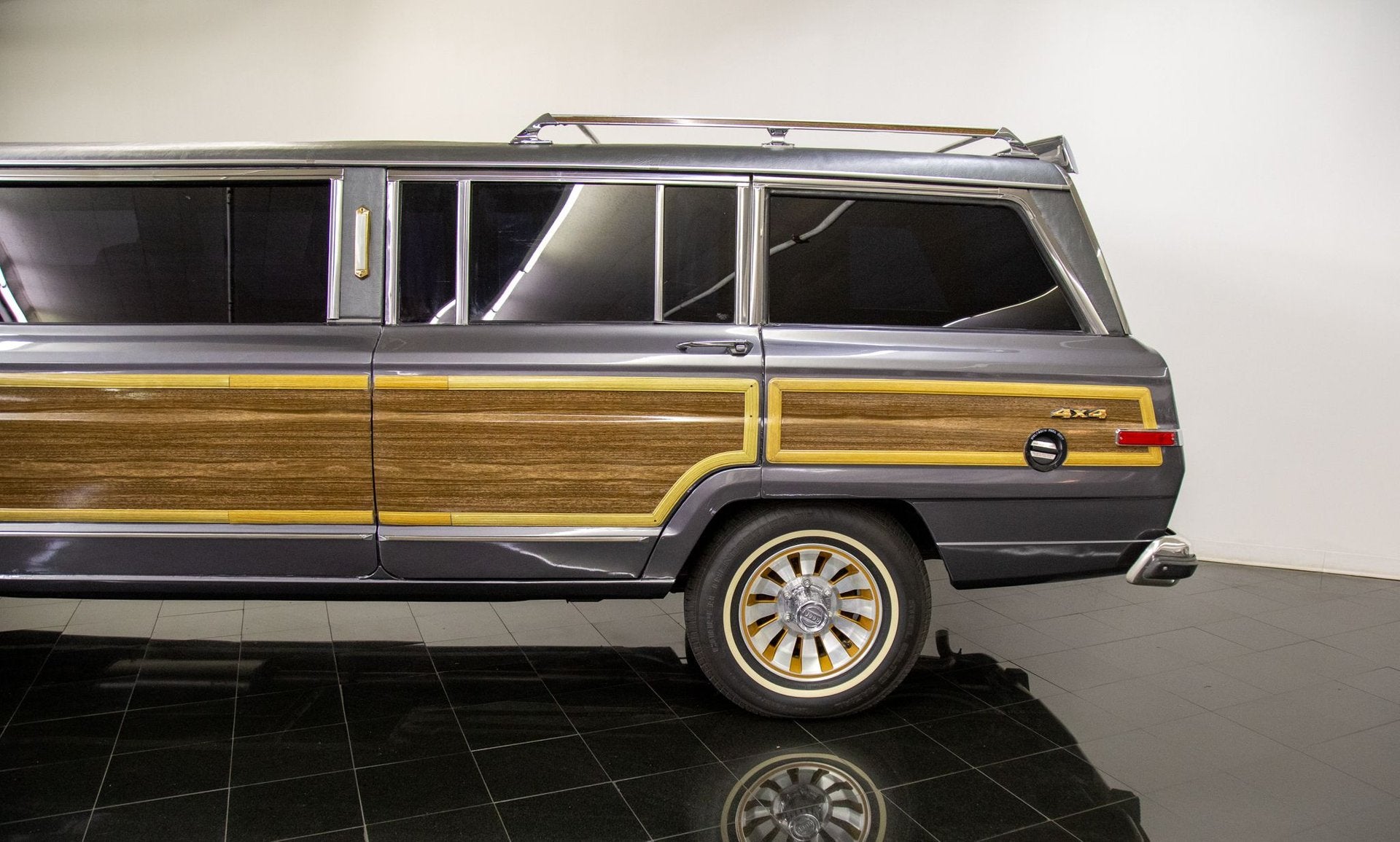 It first served duty in the ski resort town of Jackson Hole, Wyoming for an outfit named Elite Transport, where it racked up 86,635 miles between May of 1994 and 2001. It then traveled nearly a third of the way across the country to be sold to Wagon Masters in Kerrville, Texas, a well-known Grand Wagoneer specialist shop with just 101,940 miles on its odometer.

We originally wrote about this exact example when it was then listed for sale in November of 2015. It was just a year later when the St. Louis Car Museum purchased the limo, where it’s remained since then. Before being put on display, the museum restored the Grand Wagoneer limo to its former glory, giving its factory Dover Gray Metallic a fresh makeover while restoring all 22 feet worth of exterior wood veneer. 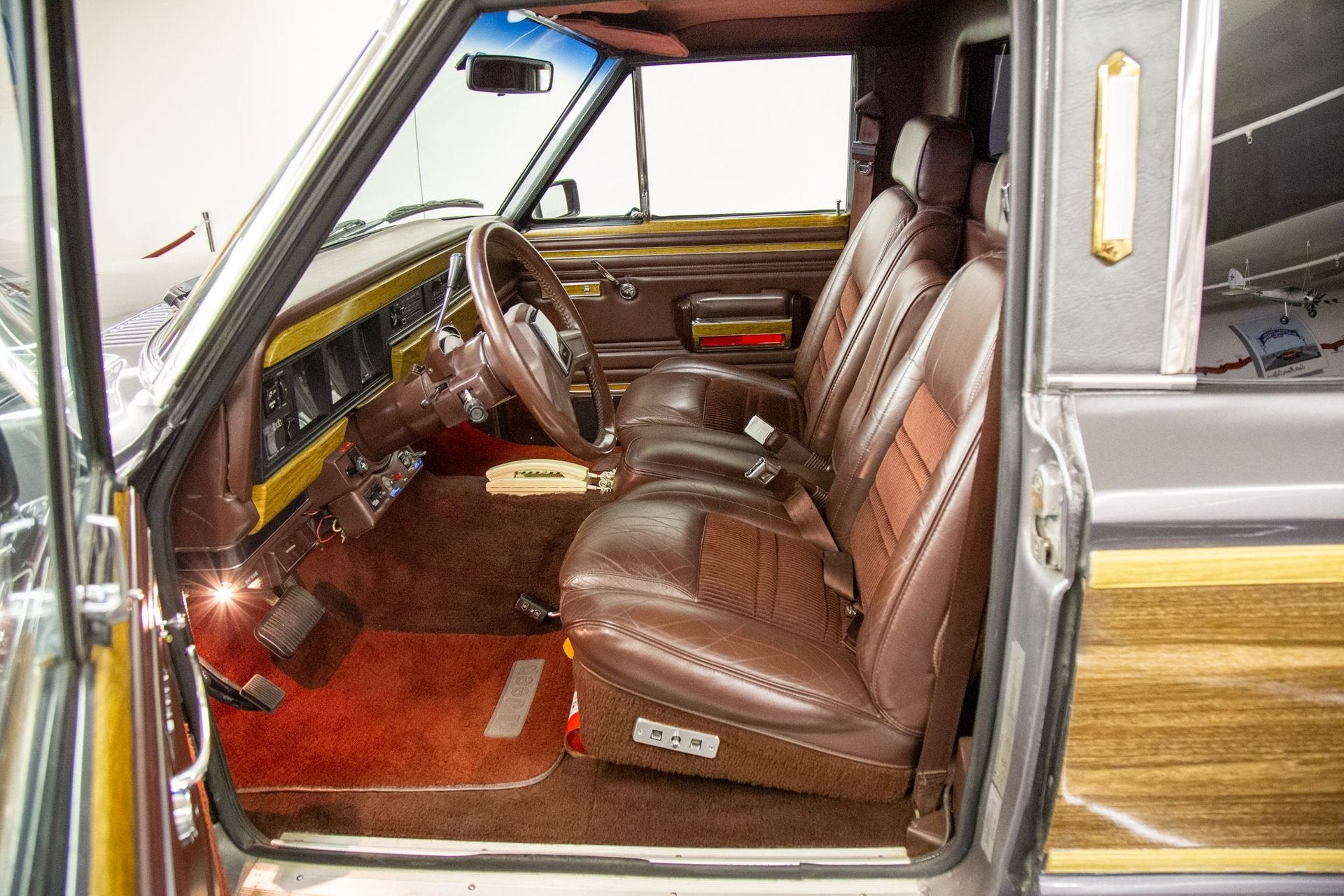 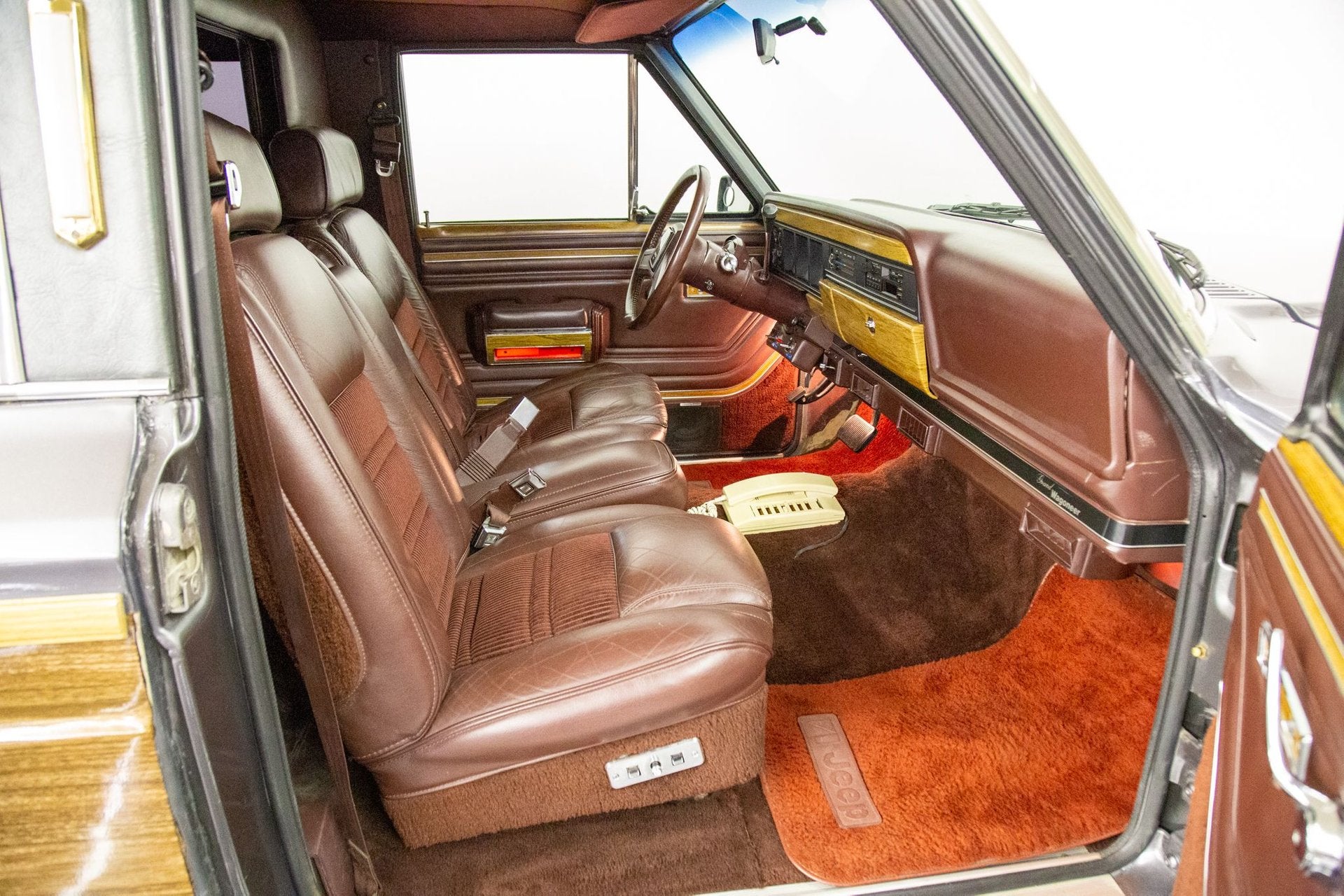 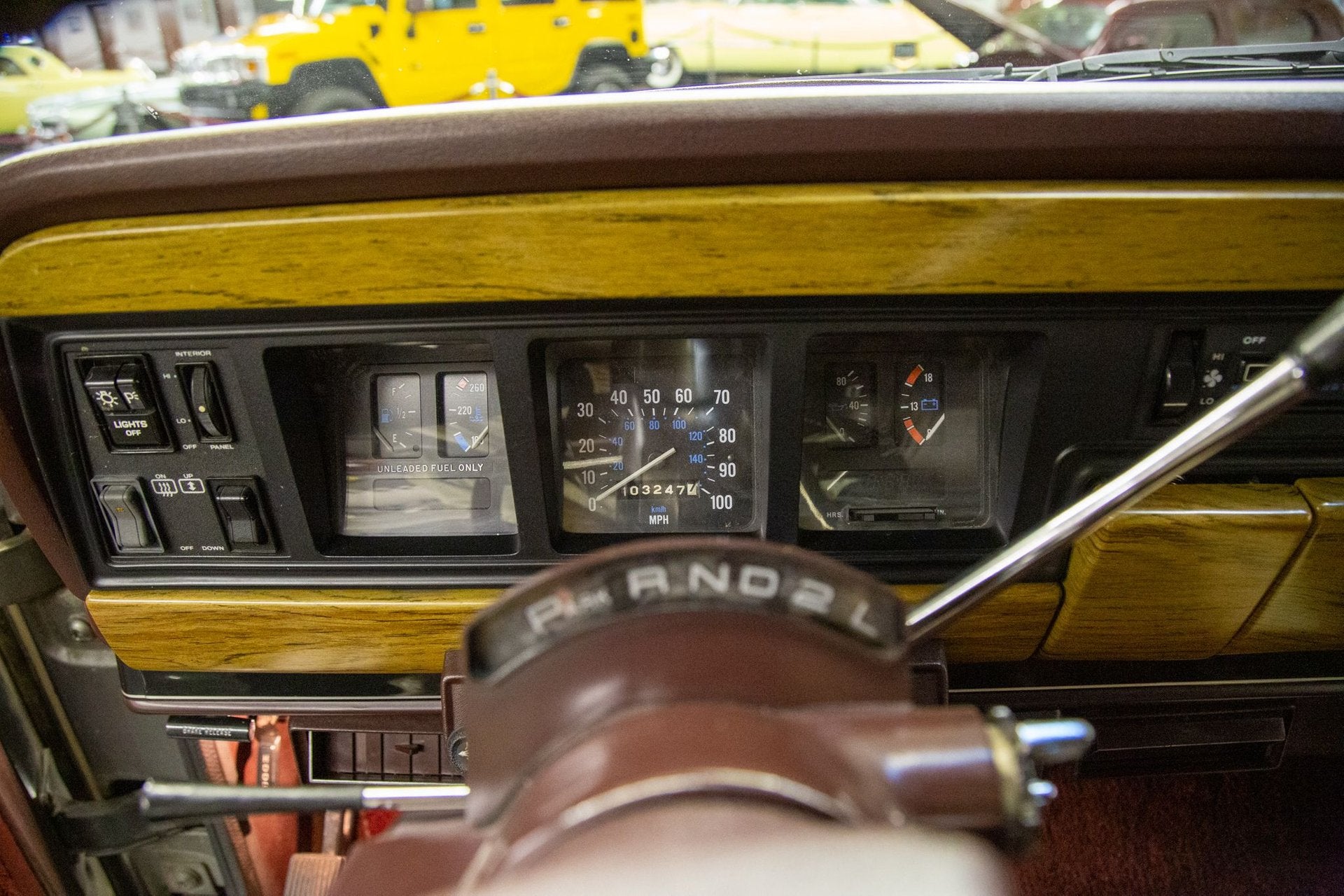 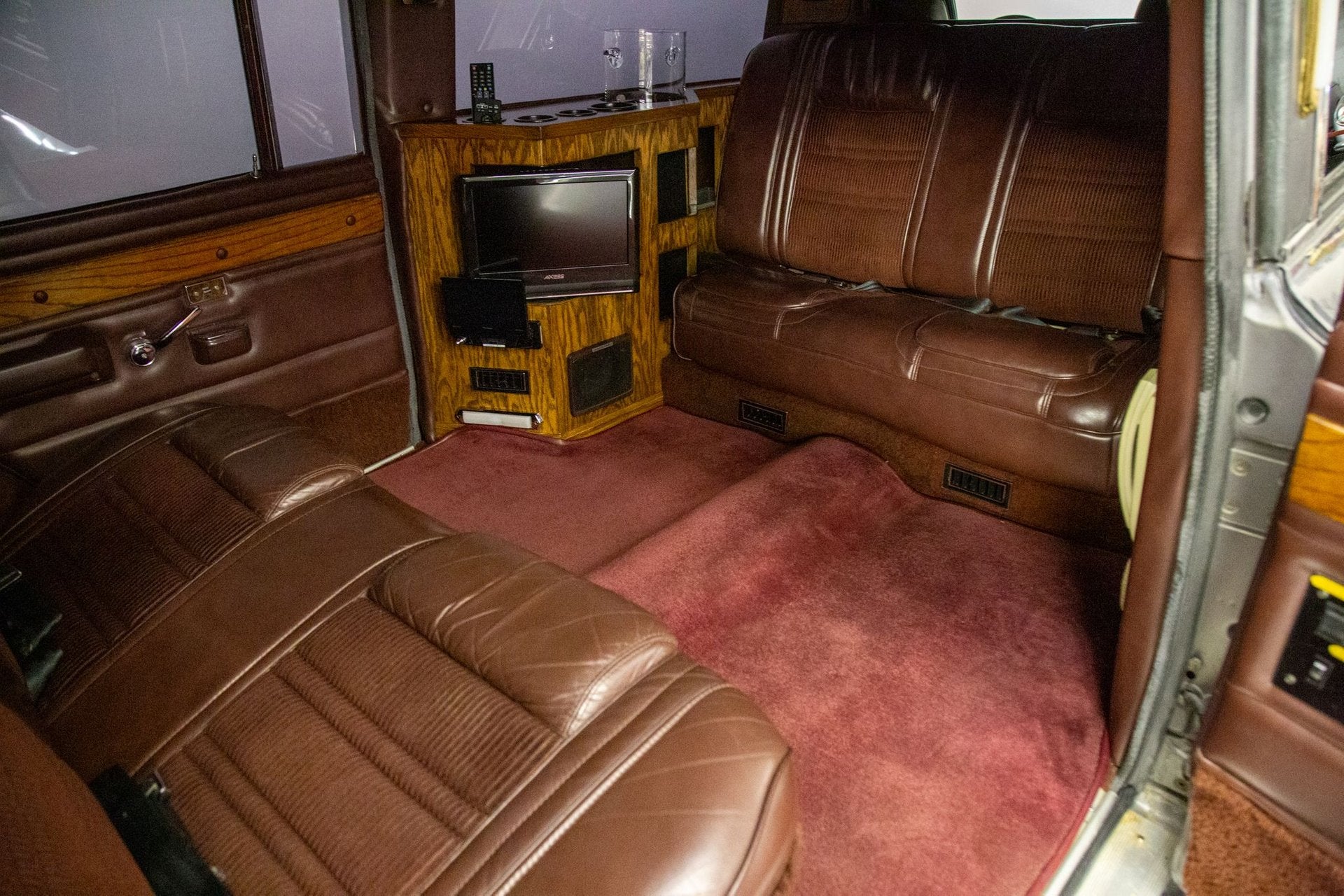 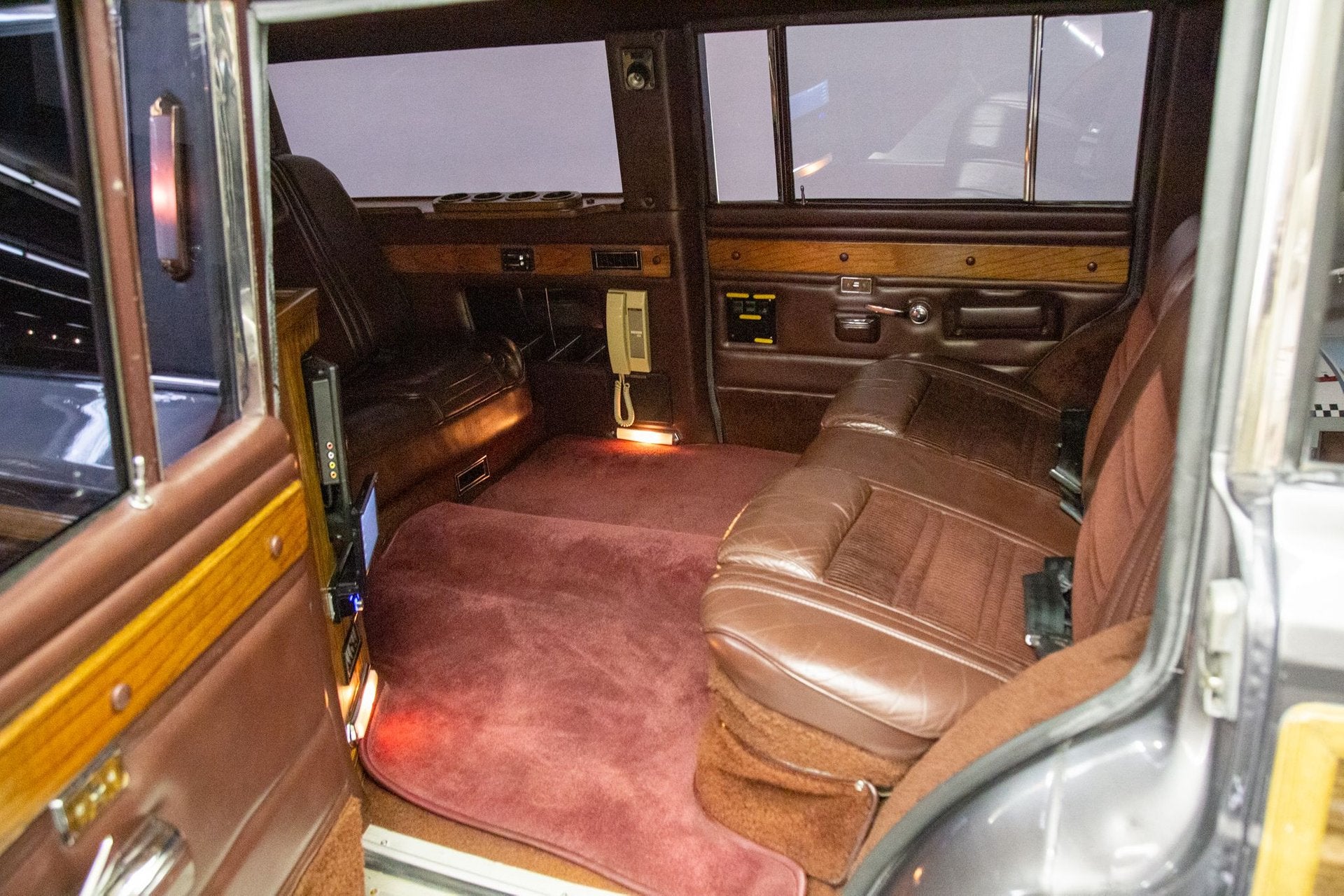 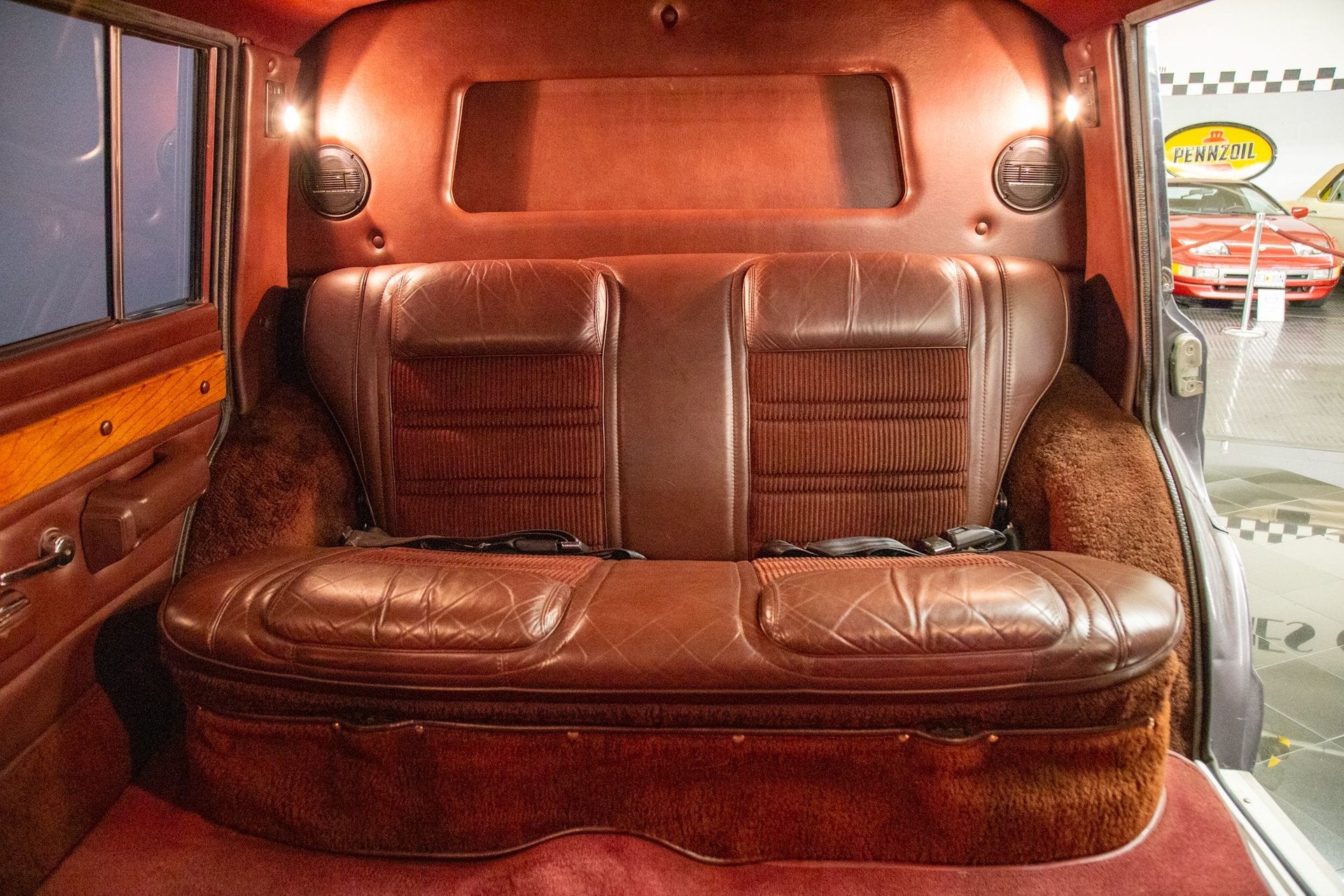 Shockingly, despite the use and mileage, the Cordovan brown interior remains mostly all original, except for some updates like the addition of a modern Pioneer in-car DVD player with a 13.3-inch flat-screen TV, a new headliner, and a full restoration of its interior wood trim.

Mechanically, it also received a refurbished cooling system, a new upgraded mechanic fuel pump, 125-amp alternator, a rebuilt transmission with an overhaul of the main transfer case, updated and restored HVAC system, and an air conditioning system conversion to R134a in 2018.

Although not the exact model, a similar 1988 Grand Wagoneer limo made a cameo appearance in the background scene of Jim Carrey’s and Jeff Daniels’ Dumb & Dumber when the duo began exploring the town of Aspen.

So if you’re a die-hard lover of "grand" Jeep trucks, you can either get this or a brand-new Grand Cherokee SRT—sounds like a win-win. 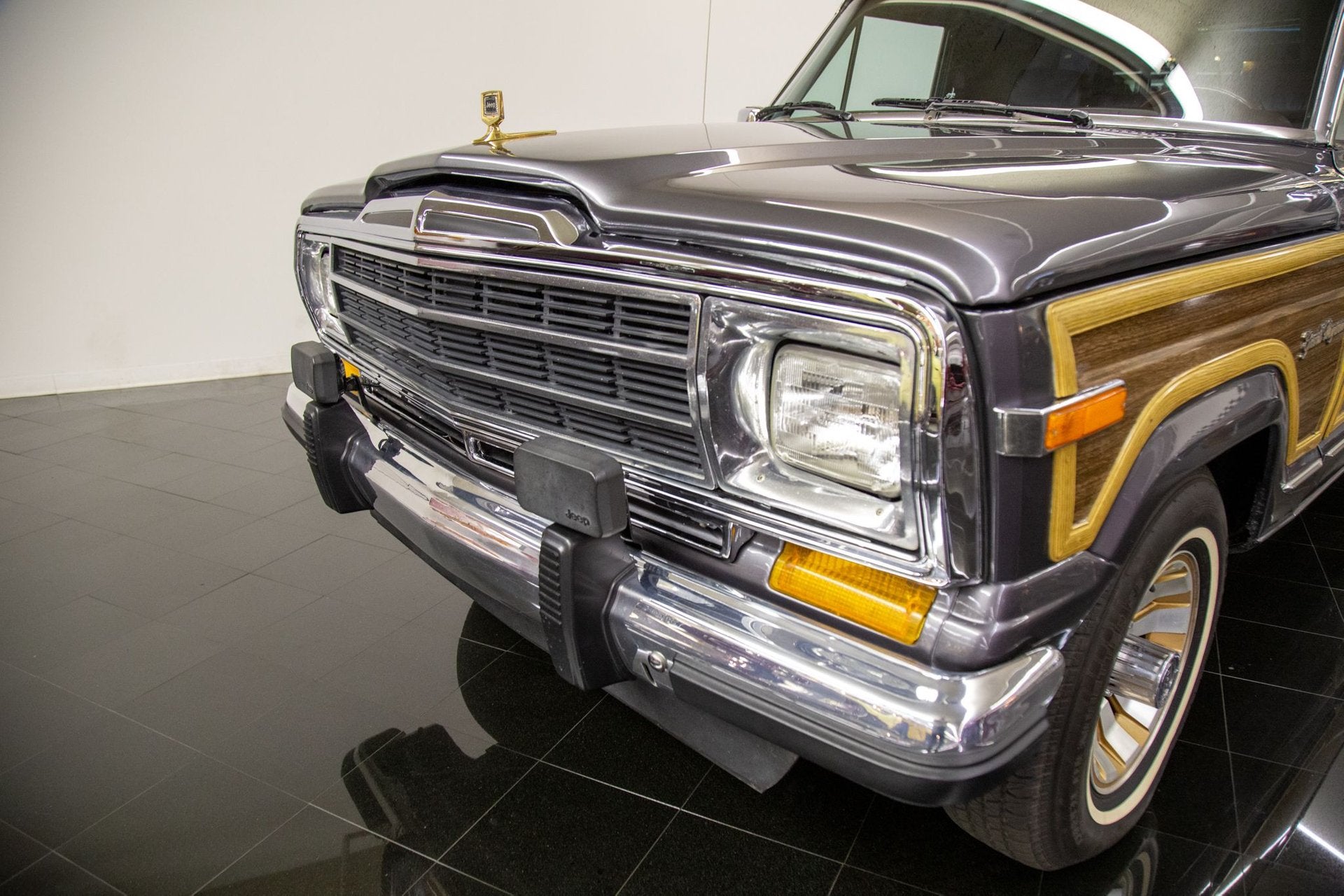 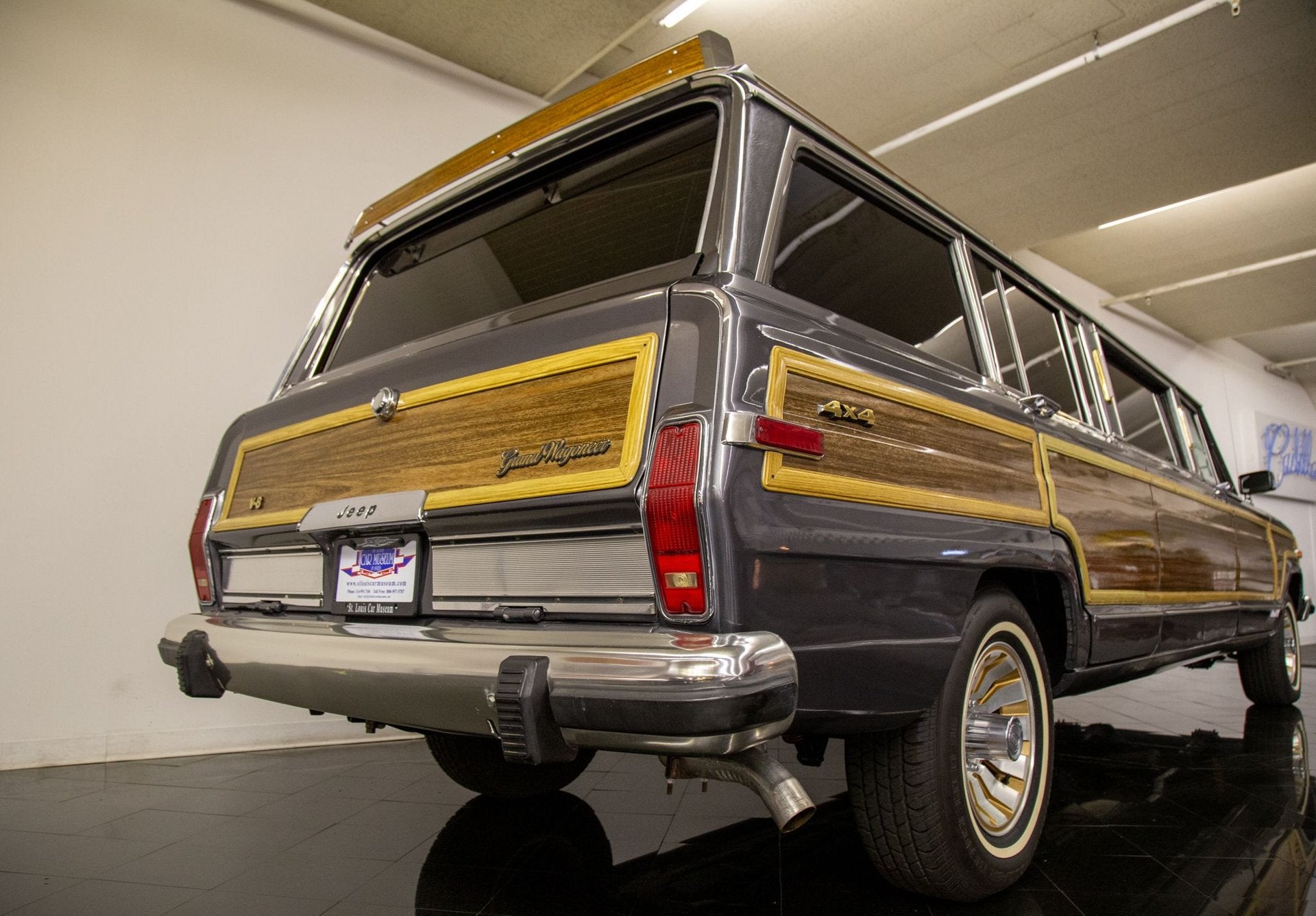 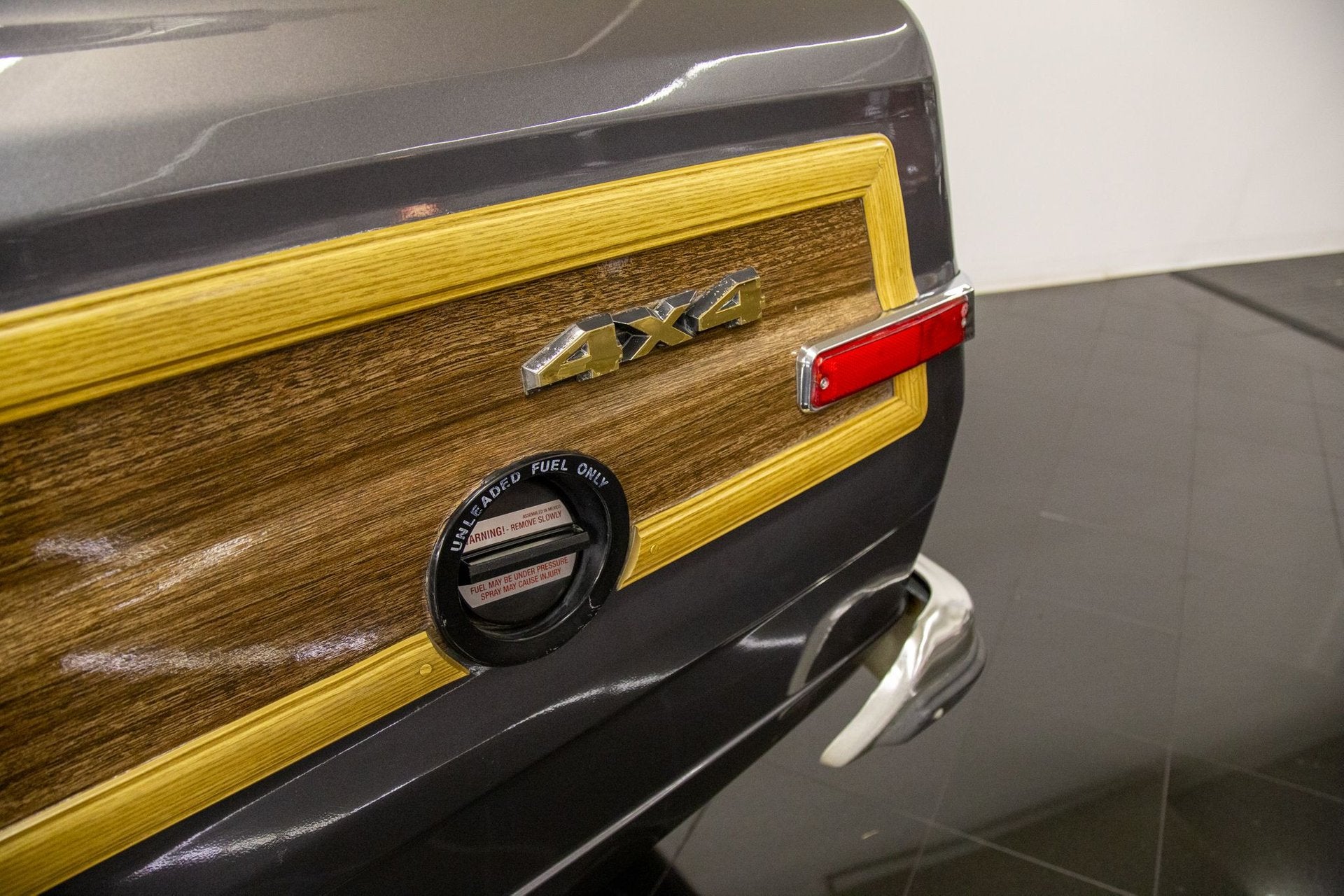 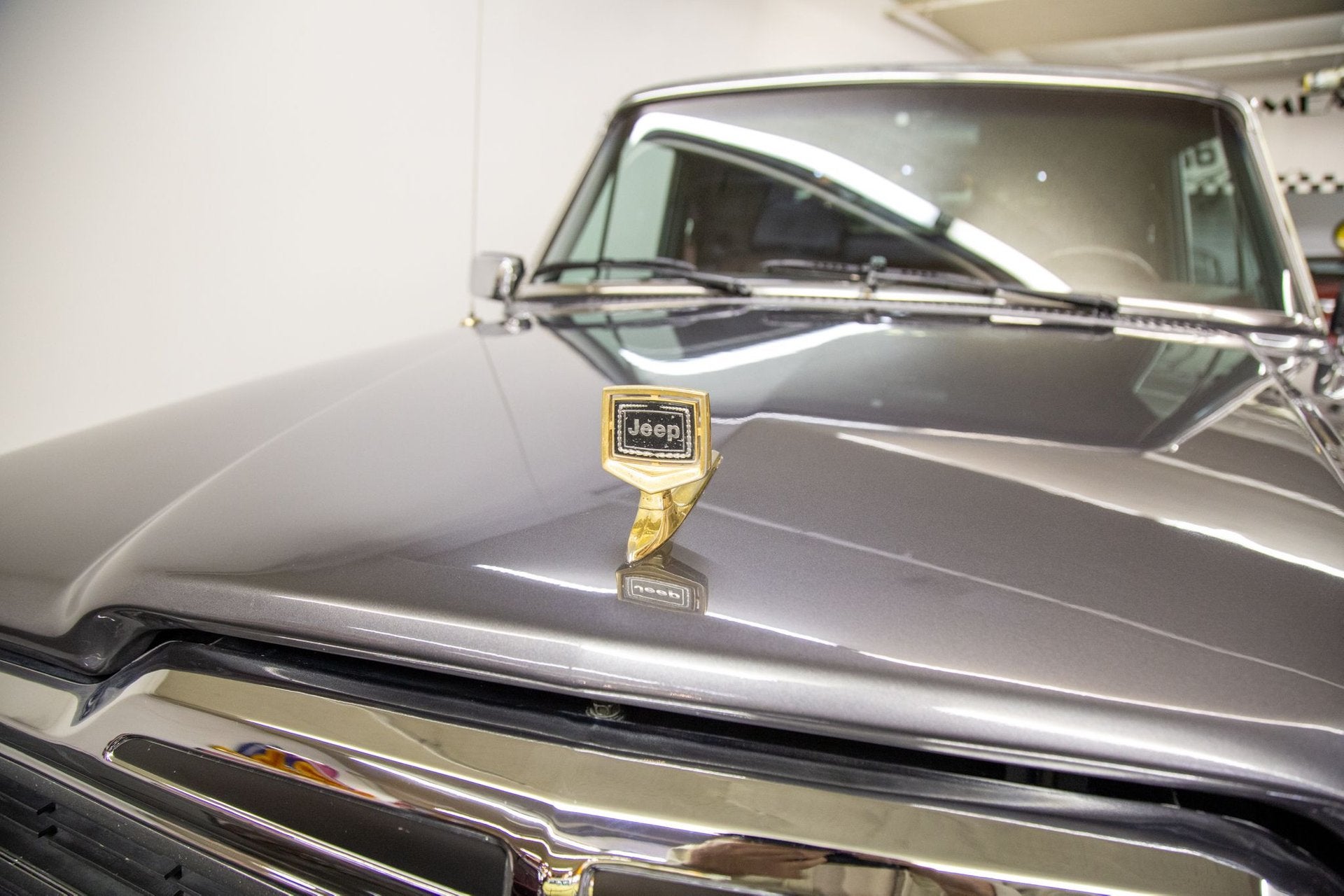 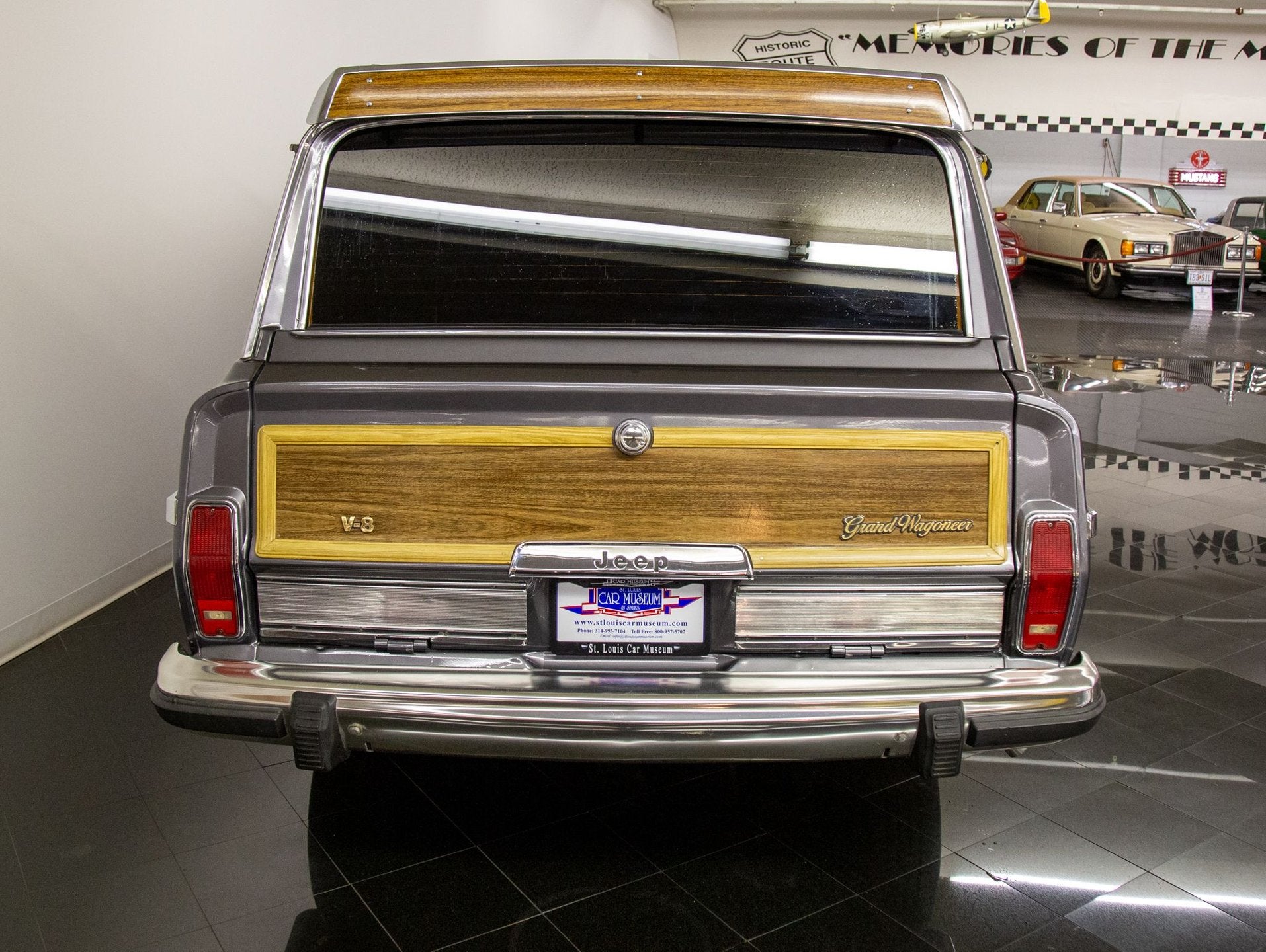 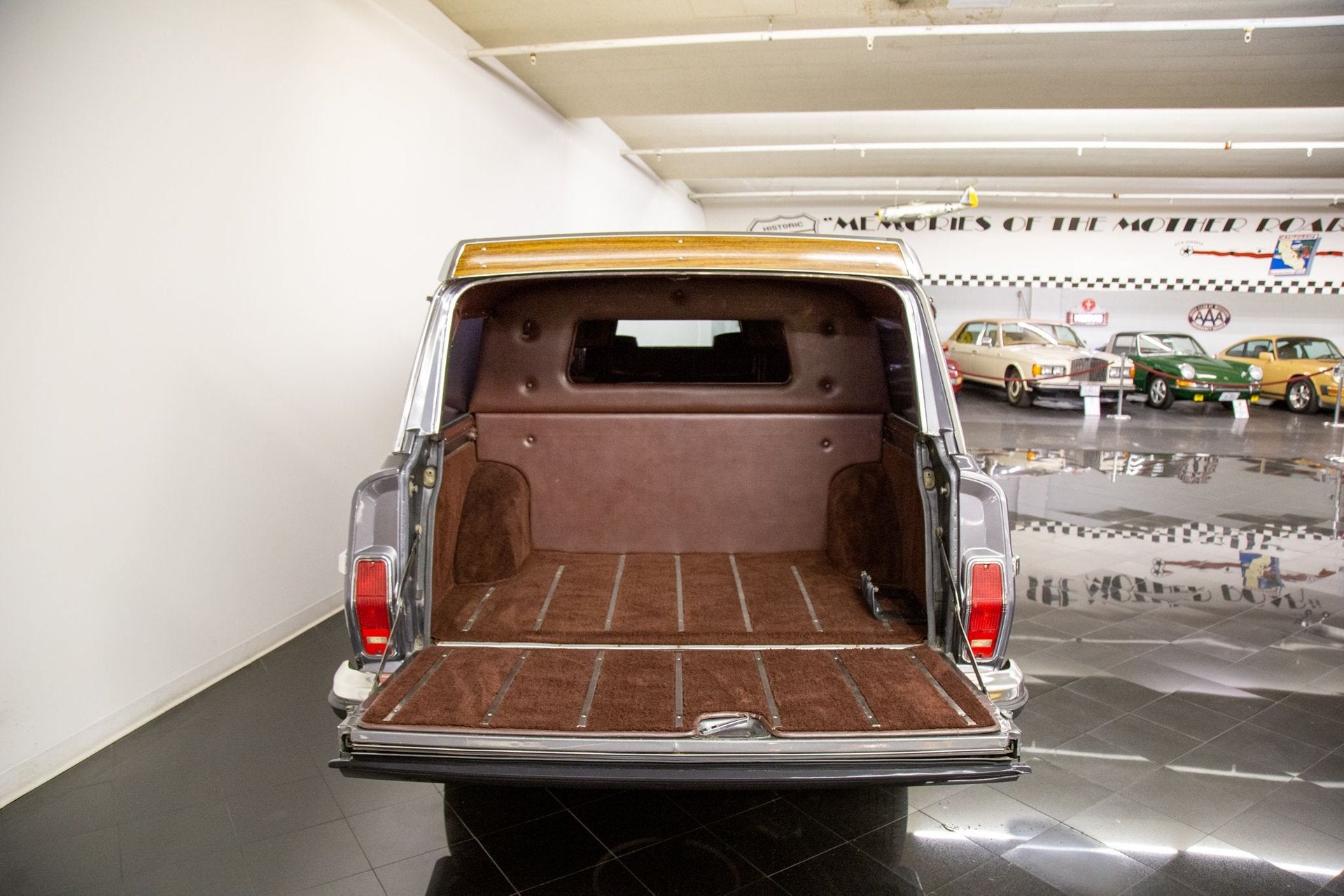