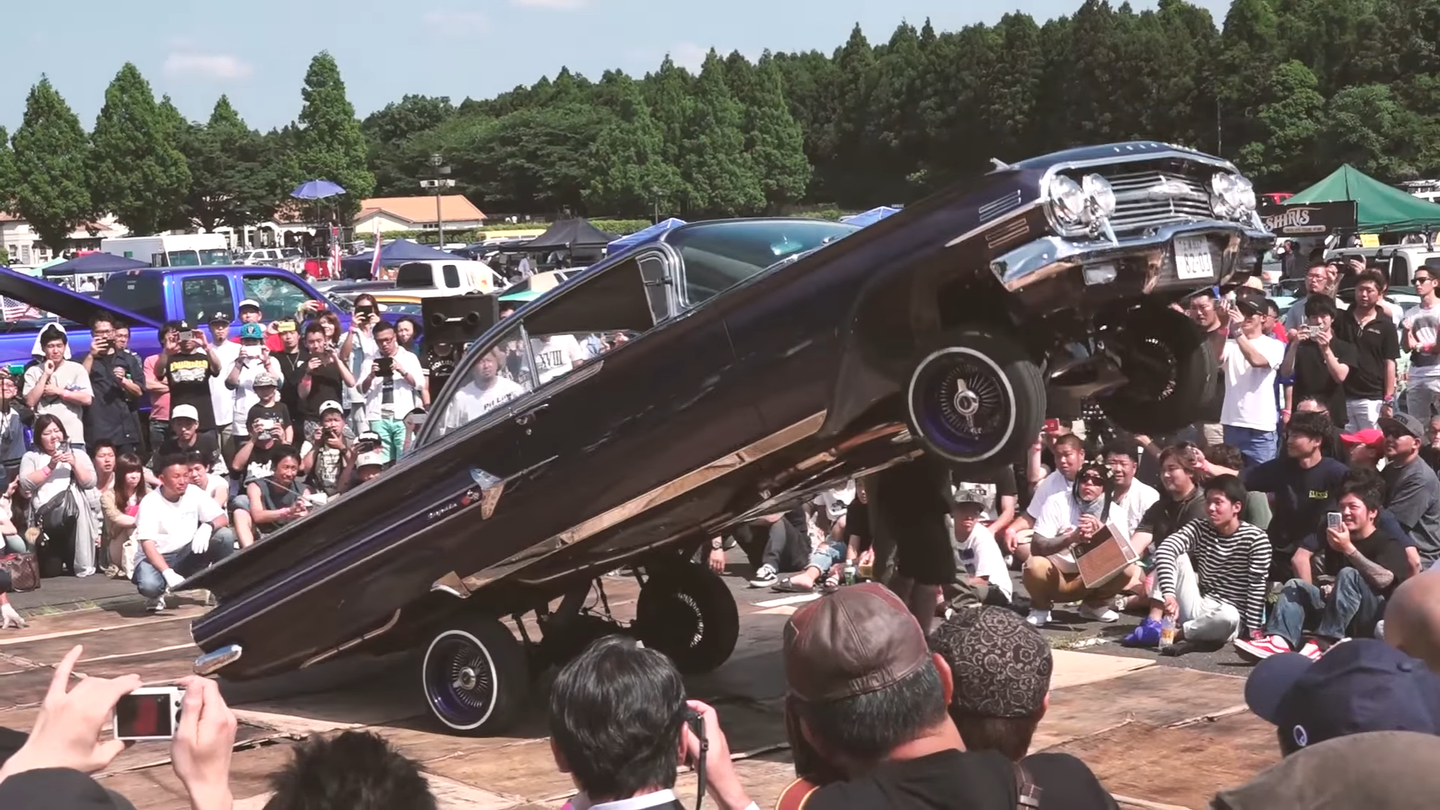 It's pretty safe to say that Japan may be the king of car culture. Sure, all countries with a surplus of gearheads have some great moments, but no one has as a diverse and ridiculous community as the home of JDM. This culture has a large cast of subcultures such as Bosozoku and has inspired films that attract enthusiasts from all over the world to Tokyo. Japan isn't afraid to adopt trends from other corners of the car world too; they clearly have an addiction for all things fast, no matter where those cars come from. In our latest glimpse of the island's love for petrol, we get to see Japan's newest obsession: lowriders.

In this video by Alexi, also known as Noriyaro, we are taken to the Mopona Car Show in Ibaraki, but the scene looks like it's straight out of  Los Angeles. This is no coincidence, as the show is meant to celebrate California's famous lowrider culture. The meet features old American muscle cars, massive trucks with American flags adorning them, California license plates, loud rap music, and lots of hydraulics. These fans go all out too, from the apparel to the gangster lean.

Noriyaro gives us a tour of the whole show, displaying the sheer diversity of the meet. Although lowriders are the main attraction, anything is welcome here. We see everything from custom Hummers to stanced Skylines modded in California-style.

Any car that's common on the west coast seems to be in abundance, and Alexi makes a good point about why that's important. Cars that we might think are boring in America or are commonly modded and beaten up, such as the Impala, are coveted and meticulously cared for in Japan. High-demand JDM imports that enthusiasts take care of here in America are just as common and neglected over there. One fan's trash is another fan's treasure.

From Kanjozoku Civic Hatchbacks To A Chopped Ford Model A Rat-Rod, Wekfest Japan has it all.