The True Story Behind the Infamous Trunk Monkey Trend

Made popular by a series of Suburban Auto Group ads, the Trunk Monkey predates them by three years. 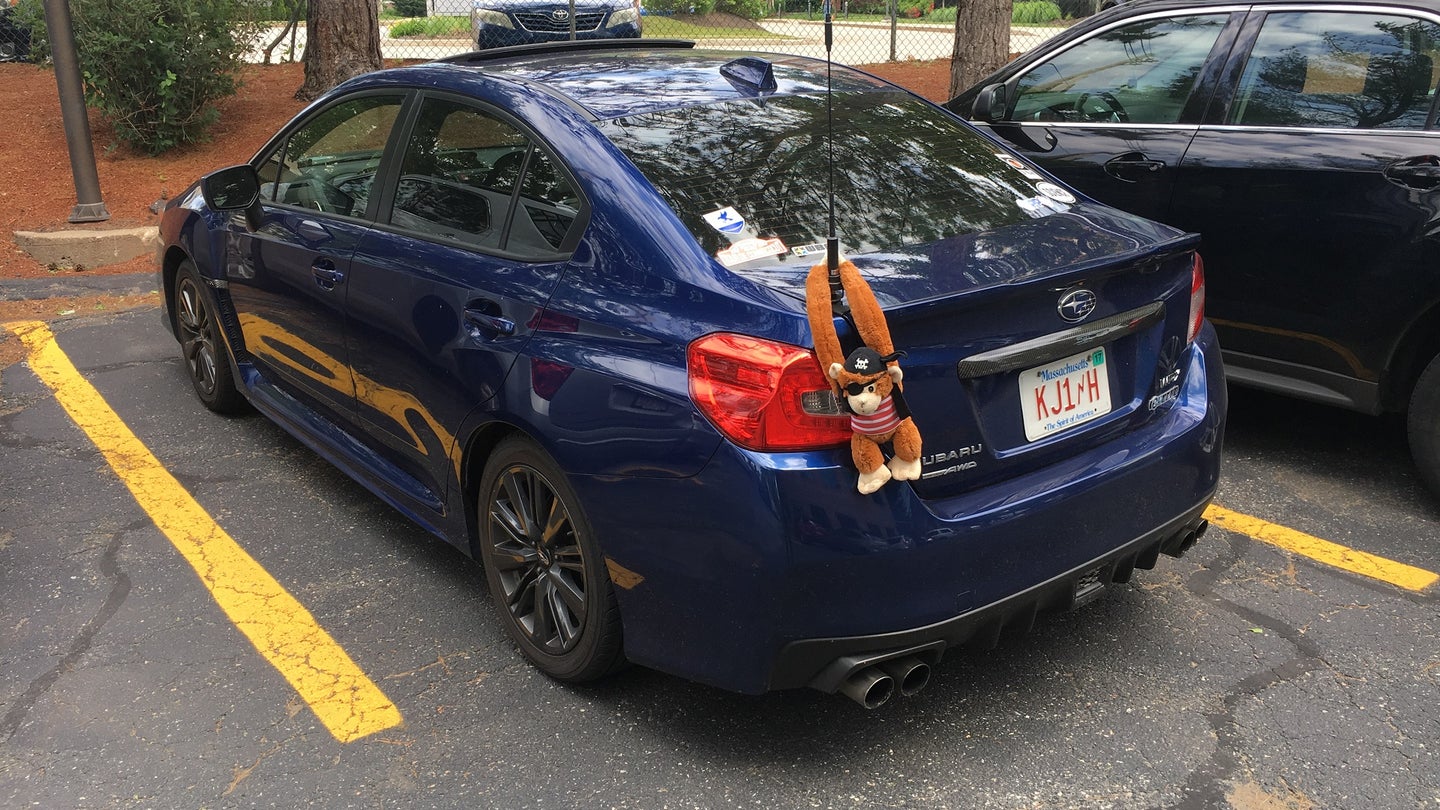 A recent Roadkill post of readers' favorite car commercials included Suburban Auto Group's series of Trunk Monkey ads from 2003 and 2004. These clever ads featured a monkey that would climb out of the trunk and perform helpful tasks, such as helping to park, bribing a police officer to dismiss a speeding ticket, or thwarting a would-be carjacker with a tire iron. But the concept of a monkey that helps with driving tasks dates back three years before Suburban Auto Group's version, originating on the New England Subaru Impreza Club forum.

In 2000, the hottest Subaru you could get in the US was the Impreza 2.5RS. Everyone wanted the WRX, but it would be another two years before it would reach American shores. Rumors abounded about what it would be when it finally arrived.

Sean Sosik-Hamor posted a joke on the forum that the new WRX would include "a trained monkey that lives in the trunk that'll automate weight transfer," and another that said "the monkey can even be trained to repaint your badge a different color every night!" As internet memes do, the Trunk Monkey gained a life of its own and spread like wildfire across the entire NASIOC forum (then known as i-Club), with modifications such as the "cold ale intake" being invented. Kris Marciniak drew two Trunk Monkey cartoons depicting the creatures as a performance accessory, mechanic, and security system. Sean founded the Trunkmonkey.com website and featured photos of forum members rocking toy monkeys on their own cars. Subarus with toy monkeys hanging off soon became a common appearance at New England motorsport events in the early 2000s.

In January 2003, some of Sean's west coast friends emailed him asking if he had anything to do with the Suburban Auto Group Trunk Monkey commercial that had aired during the Super Bowl. He did not. Sean tracked down and contacted the advertising agency behind the commercial, R/West, and was told that the Trunk Monkey was their original creation after the idea of a "Trunk Midget" had been deemed politically incorrect. Sean asked that R/West give him credit for the idea since it was clearly documented that he had invented it three years earlier. Instead, they made a whole series of ads, including a voiceover that said "The Trunk Monkey – a revolutionary idea you’ll only find at Suburban Auto Group."

Sean Sosik-Hamor was never looking for money for the idea. He was always fine with the Suburban Auto Group's Trunk Monkey advertising campaign. He simply wanted recognition for coming up with the idea. He has documented the complete history of the Trunk Monkey on his own website. It's entirely plausible that R/West came up with the same idea independently, but it's also true that it appeared on the Subaru forums three years earlier.

And there you have it.

“Few buy what they dream.”