Pollution and congestion restrictions, how romantic. 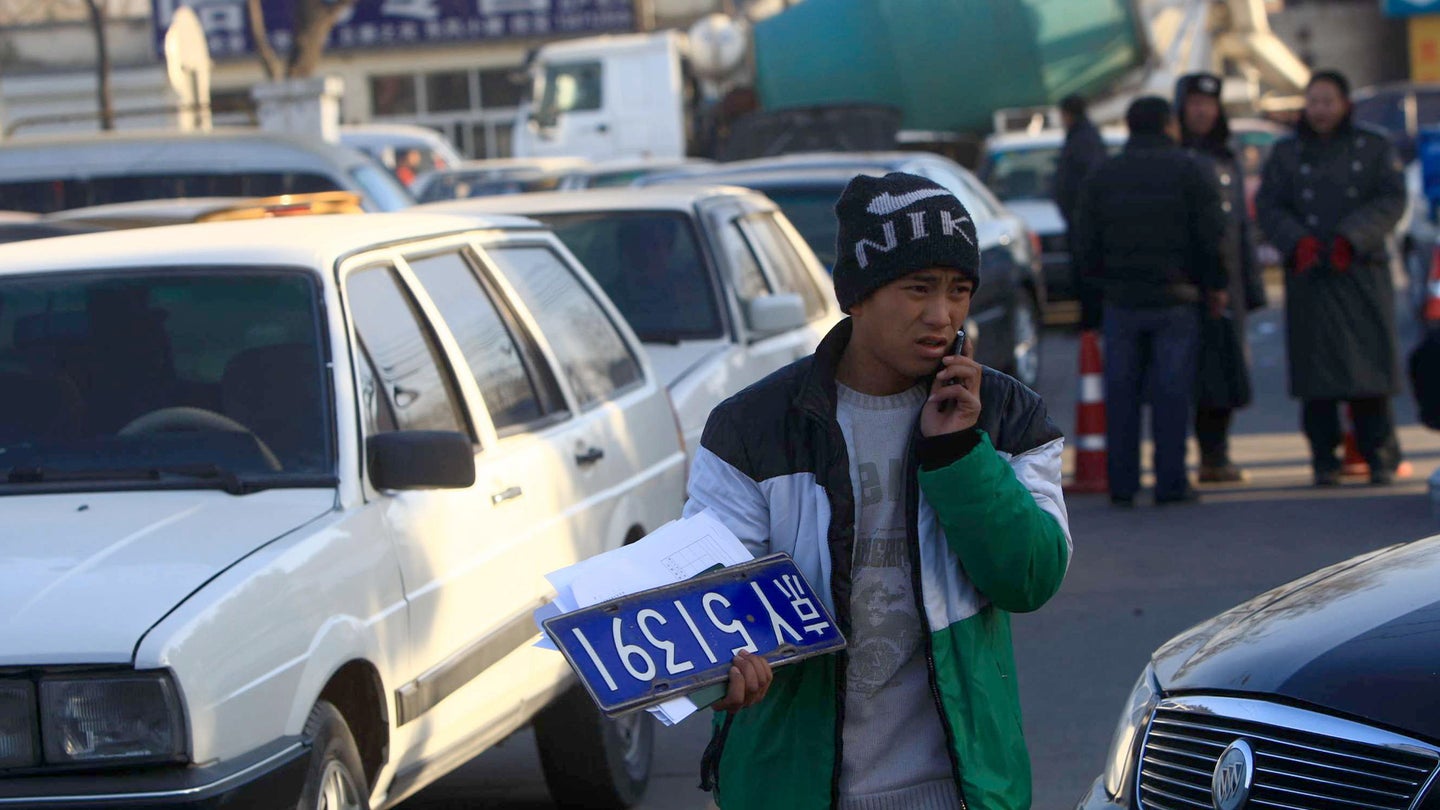 Desperate times call for desperate measures, and such is the case in China where motorists tired of waiting for their own registration plates are lining up at the doors of potential suitors. A new report from the South China Morning Post outlines the extreme lengths that some individuals are going to just so they can drive a car within city limits. In some cases, that means paying someone tens of thousands of dollars just to engage in a sham marriage that will land them the ability to drive a car in the city.

It all starts with something the locals know as a license lottery, a system set up by the government in 2011 aimed at reducing the overall congestion and pollution which plagues Beijing. Individuals interested in buying a car and registering it to an address in Beijing would need to enter themselves into the lottery pool. The government would then issue plates to a select few as part of a bi-monthly drawing.

By 2018, the number of permitted annual vehicle registrations for cars fell from 240,000 to just 100,000. This drove some potential car owners into a frenzy as many had been waiting to be issued registration plates for years with no success. The SCMP reports that only one plate is issued for every 2,600 applicants.

While ride-hailing services have become increasingly popular following the regulation, it hasn't prevented a great number of people from still wanting to buy their own vehicle. But with enough disparity and money, anyone can find a solution, even through a fake marriage.

Specialist agencies that cater toward this specific niche have reportedly begun appearing around Beijing, connecting clients with license holders for a sum of cash. State broadcasting agency CCTV claims that some agencies charge more than $22,700 to help their clients get behind the wheel of a traditional gasoline-powered car, while arrangements for electric cars can be had for a lesser $15,650.

The route of sham marriage registrations has become a fairly popular business that has been nailed down to a science. In fact, an ideal client can be on the road in about 20 days.

“We receive at least three or four clients a day asking to get a license via fake marriages,” one agency manager told a CCTV reporter.

Of course, the individual seeking out the license is responsible for the actual price of the vehicle and all related costs. Their vehicle is then registered in the partner's name and a set time period is arranged to determine just how long the registration can be used; this is said to cost anywhere from $2,845 per year, up to $9,816 for a five-year commitment.

Beijing has also implemented other policies which are aimed at limiting the number of vehicles within the city. For example, locally registered automobiles are banned from driving one day per week, determined by the last digit of the vehicle's license plate. All of these regulations caused some individuals to seek out ways to skirt the rules, ultimately requiring the municipal government to recently plug a loophole related to non-local cars.

Individuals would previously attempt to bypass the regulation by registering their vehicles outside of city limits, and while they may still do this, their presence will be under the watchful eye of Big Brother. Specifically, cars registered elsewhere in China will require a permit in order to operate within the limits of Beijing. Each permit is valid for just seven days and can only be issued to a non-local vehicle a total of 12 times per year.

Officials warn that this loophole is risky business. Not only is it merely a technicality, but it's also the target of an equally tricky con. Judge Wang Lidan, who serves at the Lidan People's Court of Haidian District, told CCTV that he was aware of at least one instance where a woman was scammed out of her money after her faux-husband skipped town without registering her car and was forced to wait three months before being granted a divorce by the courts.