The German automaker will compete with arch-rival Mercedes-Benz. 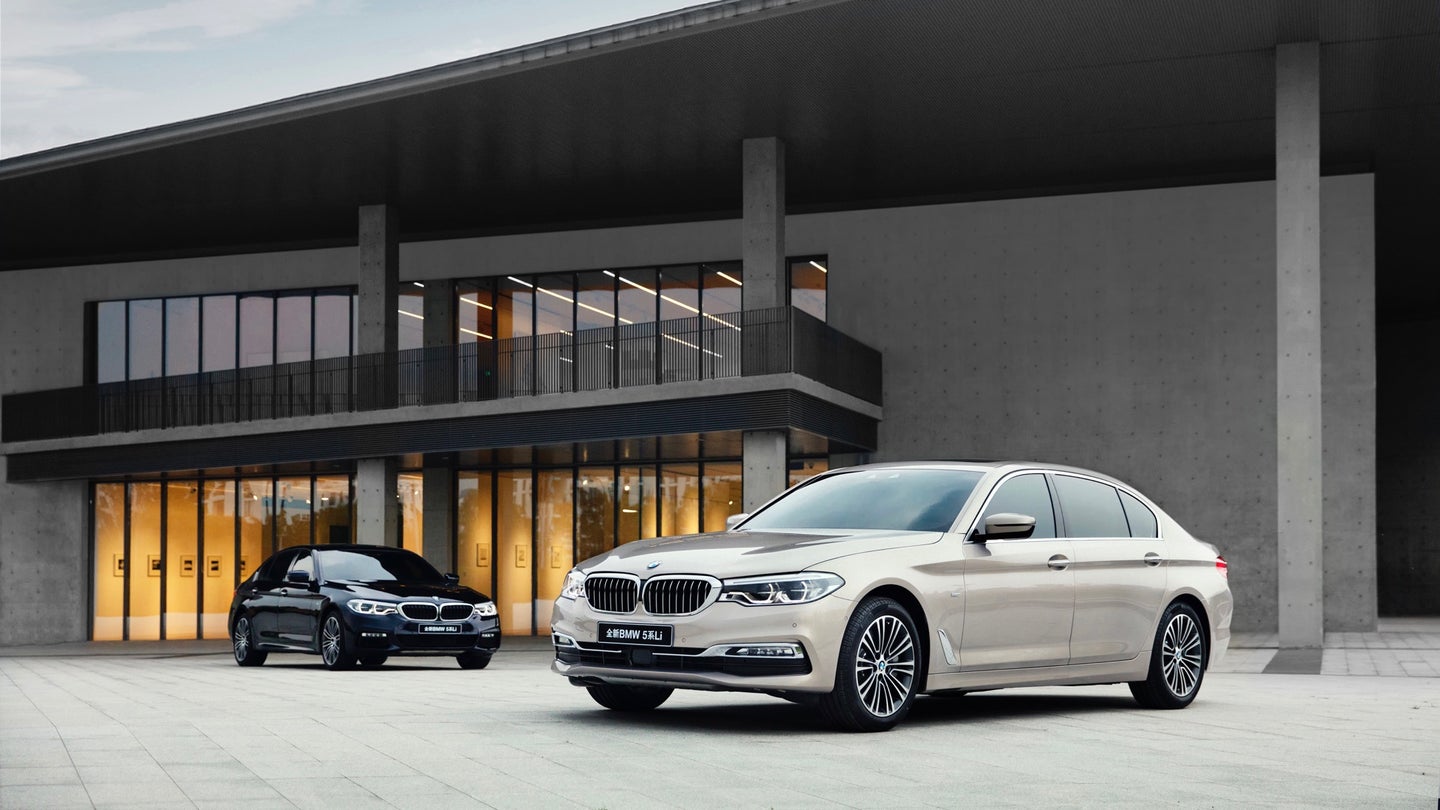 BMW Mobility Service Ltd., a fully-owned subsidiary of there German automaker, has obtained a ride-hailing license in Chengdu, the capital of the Sichuan province in southwest China, reports Reuters.

The BMW-operated service will compete with a joint venture of Mercedes-Benz parent Daimler and Chinese automaker Geely, which is the parent company of Volvo and Lotus, as well as a Daimler investor. Daimler and Geely announced the joint venture in October but did not discuss a start date for ride-hailing operations.

However, BMW's main competitor will be Didi Chuxing--China's equivalent of Uber. Didi was able to push Uber out of its home country in 2016, and currently controls 90 percent of the Chinese ride-hailing market, according to Reuters. The news service reports that the market is worth $23 billion, so it's not surprising that automakers want a piece of the action.

BMW has sought to grow both ride-hailing and car-sharing operations into a companion business to car sales through its ReachNow brand. While BMW appears set to go head to head with Daimler in the Chinese ride-hailing market, the two companies have also agreed to work together on these types of services. BMW and Daimler even plan to open a joint headquarters for the venture in Berlin.

Services like ride hailing and car sharing present a threat to automakers, as they provide an alternative to car ownership, but they also present an opportunity. By operating the services themselves, automakers can tap into new sources of revenue, and continue to make money off the cars they build long after those cars leave the factory.