Looks right at home, doesn’t it?

The Nürburgring’s Nordschleife is widely considered one of the most challenging racetracks in the world. You could be forgiven for wanting a dedicated, sorted racecar to tackle the 154 corners in the 12.9-mile North Loop. Alternatively, you could take advantage of the track’s status as a public toll road, and take a hot lap in your vintage Chevy C1500 Silverado instead, as Robert Mitchell ably demonstrates.

The car in question was actually a birthday gift from YouTuber Misha Charoudin, who sourced the car from the US back in December 2020. The car, purchased from eBay, was a near-dupe of Robert’s first car, a 1989 Silverado in baby blue, and imported into Germany. It’s a great example of its era, packing GM’s 90-degree V6 under the hood and even a digital dash. The truck presents as almost factory fresh, with only a little dirt and a few dents to show for the last 30 years. Even the factory spare is still in place under the bed, untouched in 3 decades.

If you’re thinking that an aging farm truck wouldn’t make for a great track weapon, you’d be right—but that’s kind of the whole point. On the first lap, Robert is realistic, aiming for a sub-17 minute time and setting a goal to pass at least one other driver on the course. Handling is described as “floaty,” with plenty of squeal from the dry-rotted tires on the cold German asphalt. Performance from the V6 is weak as expected, too—even with the air conditioner off.

(For those keeping track at home—the Silverado was a trim level on Chevy's C and K 1500 trucks before it became the real name for the pickup in the 1999 model year.)

Leaning on his experience as the owner of Apex Nürburg, Robert guides the elder steed from one curb to the next, where the long suspension travel counts for something. On a bench seat in a truck of this vintage, obviously huge lateral Gs aren’t on the menu, but Robert turns in a clean lap, without dislodging the homebrew cup holder sitting loose in the center console—with the asthmatic '80s powerplant barely requiring a lift in most corners. Wipeouts are common on the Green Hell, as we all know, but thankfully the Chevy stays on the black stuff for the duration.

There’s little we’d rather be doing today than turning in a hot lap in our first car on perhaps the world’s most famous racetrack, and it’s great to see an auto enthusiast making the most of their throwback ride on their birthday to boot. If you’re considering making the trip yourself, hold on to this tantalizing thought—it takes just 88 laps to break even on the track’s season pass. So go on, treat yourself. You’ve earned it!

Update 4/13/2021 @ 12:00pm ET: Though the truck's buyer and owner call it a K1500, multiple commenters have pointed out that it's really a rear-wheel-drive C1500 model. Our story has been updated to reflect that. The Drive regrets the confusion. 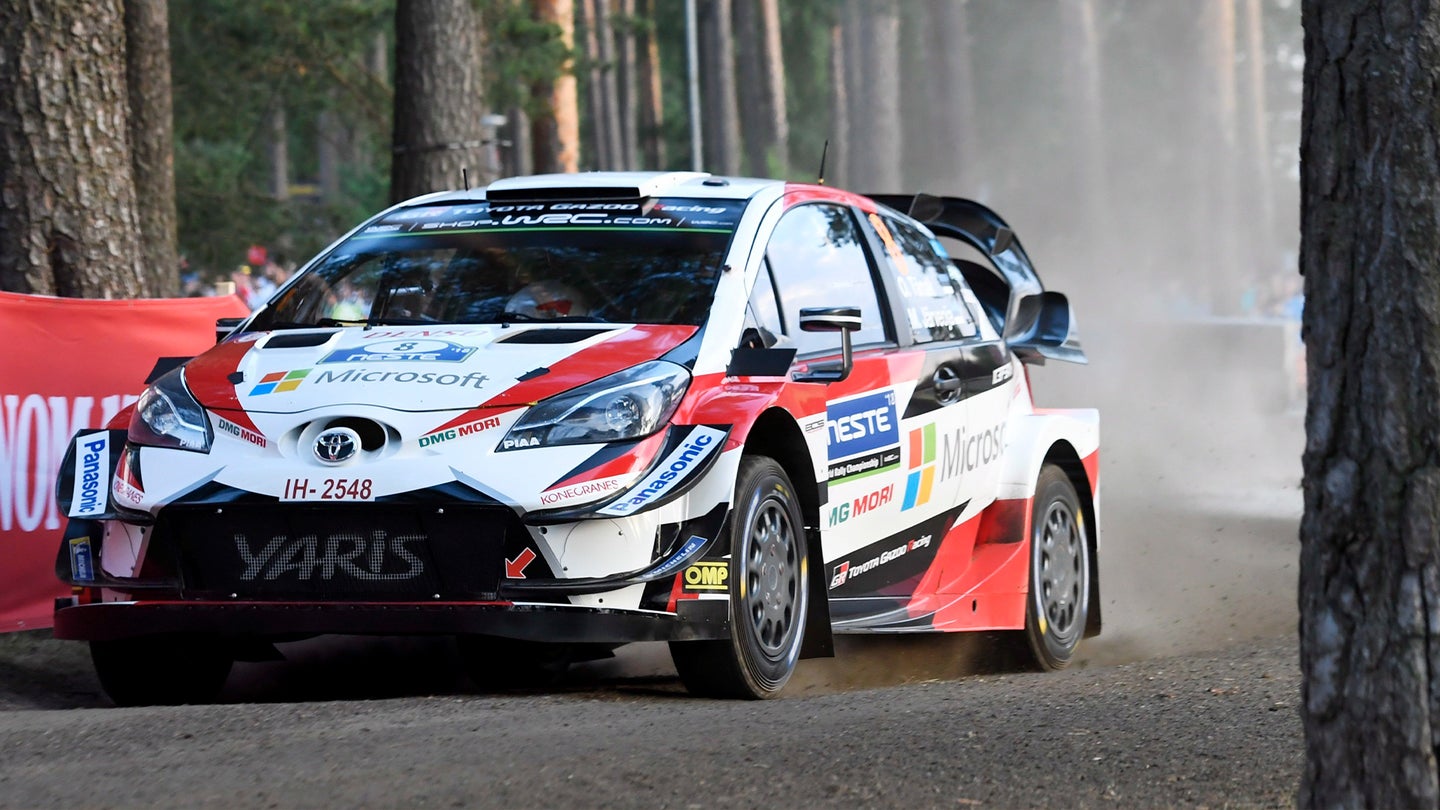 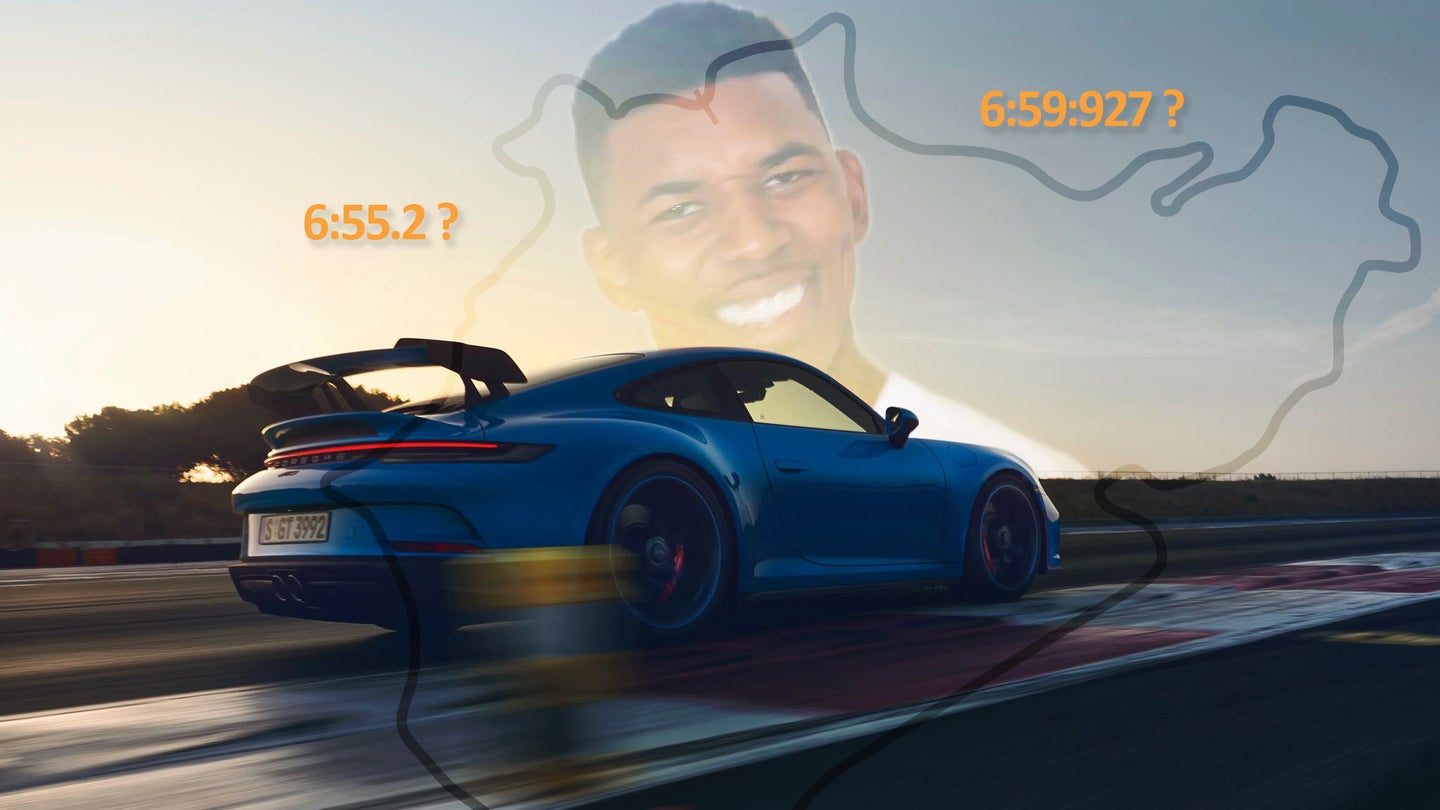 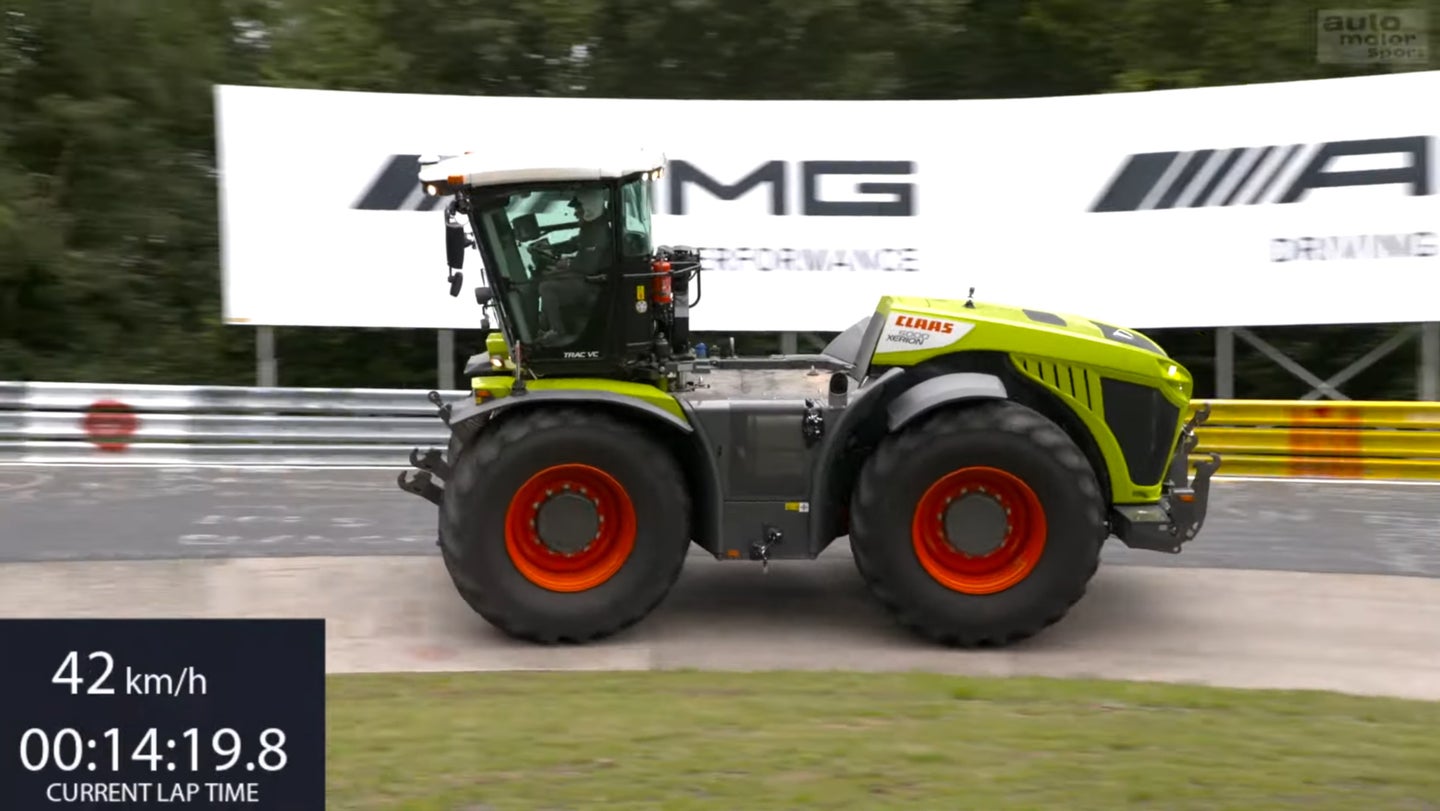