GM Is Offering up to $11,000 off MSRP on Chevrolet Suburbans

Chevy is hoping this deep discount can make you forget how good the new Ford Expedition is. 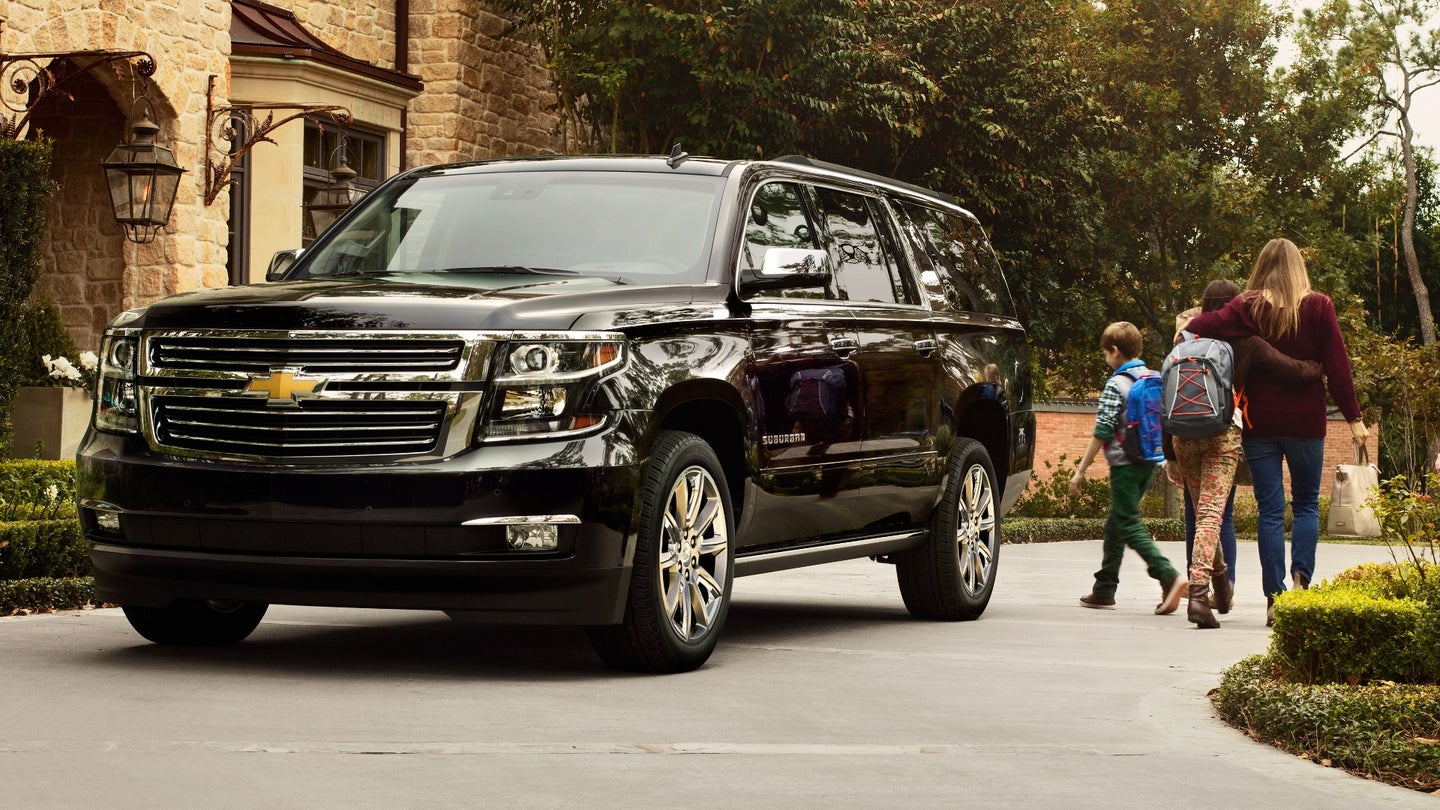 The Chevrolet Suburban, perhaps the ultimate all-purpose vehicle for anyone who needs to haul a lot of people and cargo while simultaneously towing a boat, is getting a deep discount between now and the end of December. If you’re in the market for a massive family rig, you can get a whopping $11,021 off the MSRP of a Suburban right now.

However, there’s a bit of a catch. The discount of more than $11,000 is only for the 2018 Suburban Premier. The Premier is the top trim which includes a hands-free power liftgate, heated and ventilated front leather seats, lane change alert, some dressy chrome exterior trim, and many other fancy features. The 2018 Suburban Premier normally starts at $66,195 but with this not-insignificant discount, the price can get lower than a mid-range Suburban LT which has a starting MSRP of $56,595.

In all, $7,271 of that price drop comes from the Chevy employee discount for everyone and an extra $3,750 cash allowance is tacked on when you finance through GM. A similar deal can be applied to a Suburban LS and Suburban LT but in much lower amounts. You can get a total of $3,750 off on an LT and $3,000 off on an LS, for what it's worth.

The Suburban is trying to stand out likely because one of its few direct competitors, the Ford Expedition Max, is all-new and critically acclaimed. It’s also competitively priced against the Suburban, but this deal brings the price of a Premier model very close to the base price of the Expedition Max.

While we're clear fans of the new Expedition, if you’re in the market for a luxurious plus-size SUV but don’t want to pay the premium for a luxury brand, a Suburban Premier in the neighborhood of $55K certainly isn't a bad deal.