The wait is nearly over. 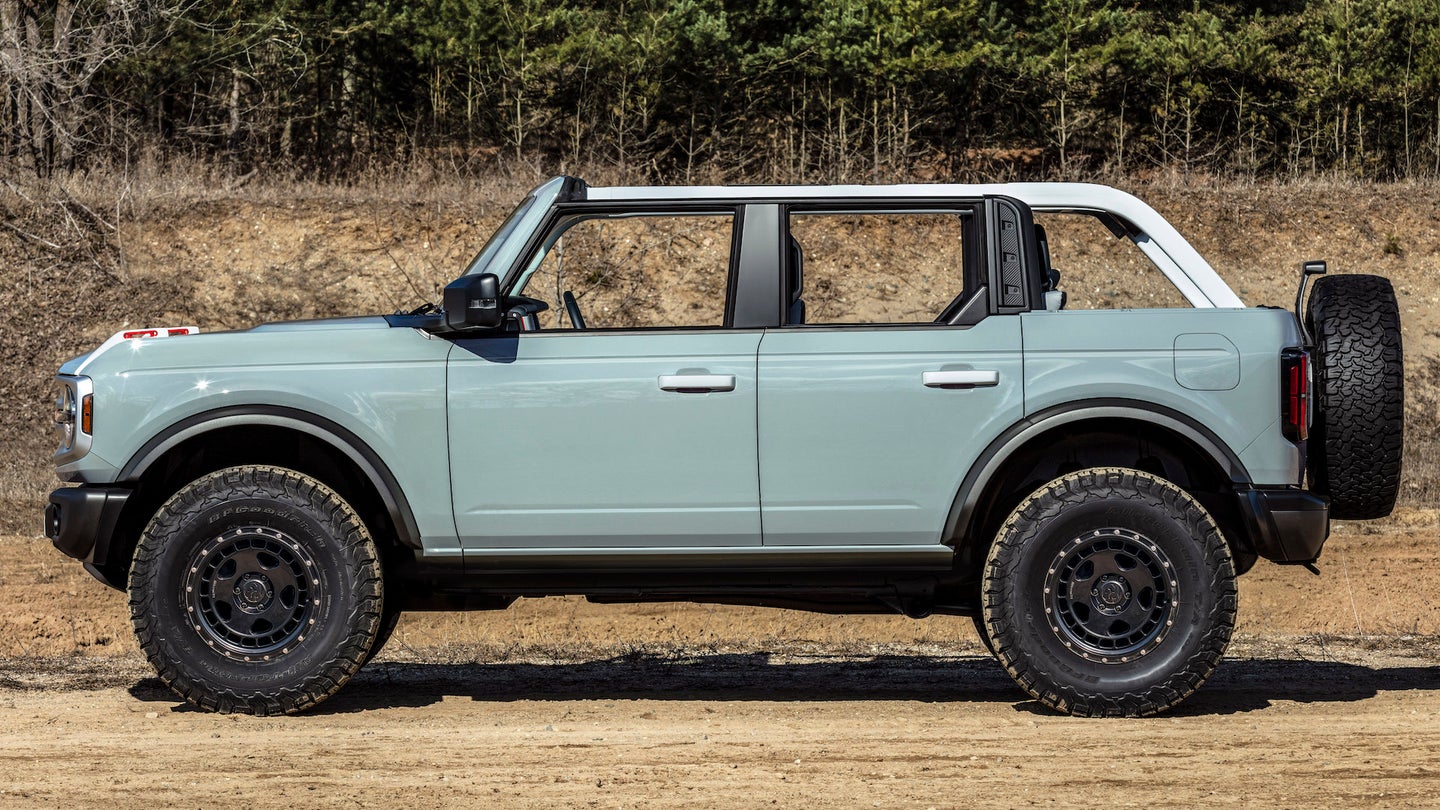 New Ford Broncos would've been in Americans' driveways months ago, had it not been for you meddling viruses. But for Bronco reservation-holders who've kept waiting on their SUVs during this long, lonely winter, there may at last be news to raise your spirits. Not that recent decline in new COVID cases, but that's great too. No, we're talking an alleged start to the Bronco's mass production on March 29.

This date comes via fan forum Bronco 6G, a wellspring of leaks where someone citing "a few contacts" from a prior media career says production kicks off on the last Monday of next month. This "Phase 1 Mass Production" period will follow a (slightly-singed) pre-production phase said to be already underway, one in which factory workers are getting acquainted with building Broncos.

Vehicles produced during this period will likely be reserved as demo vehicles for dealers and media, though some may be donated to technical schools or simply crushed.

Production might be coming soon, but according to the forum poster, Ford won't commence deliveries until it approves the Bronco's sale following a set of standard internal inspections. This approval is allegedly expected around the time of production's "Job 1" date which, according to a document published by BB Fleet, falls on May 3. Bronco deliveries, then, are still a few months off, though those in line can at least look forward to the milestone of the first Bronco being built.

The Drive has reached out to Ford for confirmation on this and will update once we hear back.