Eye-witness video shows the tragic aftermath with piles of vehicles and concrete filling the multi-story building. 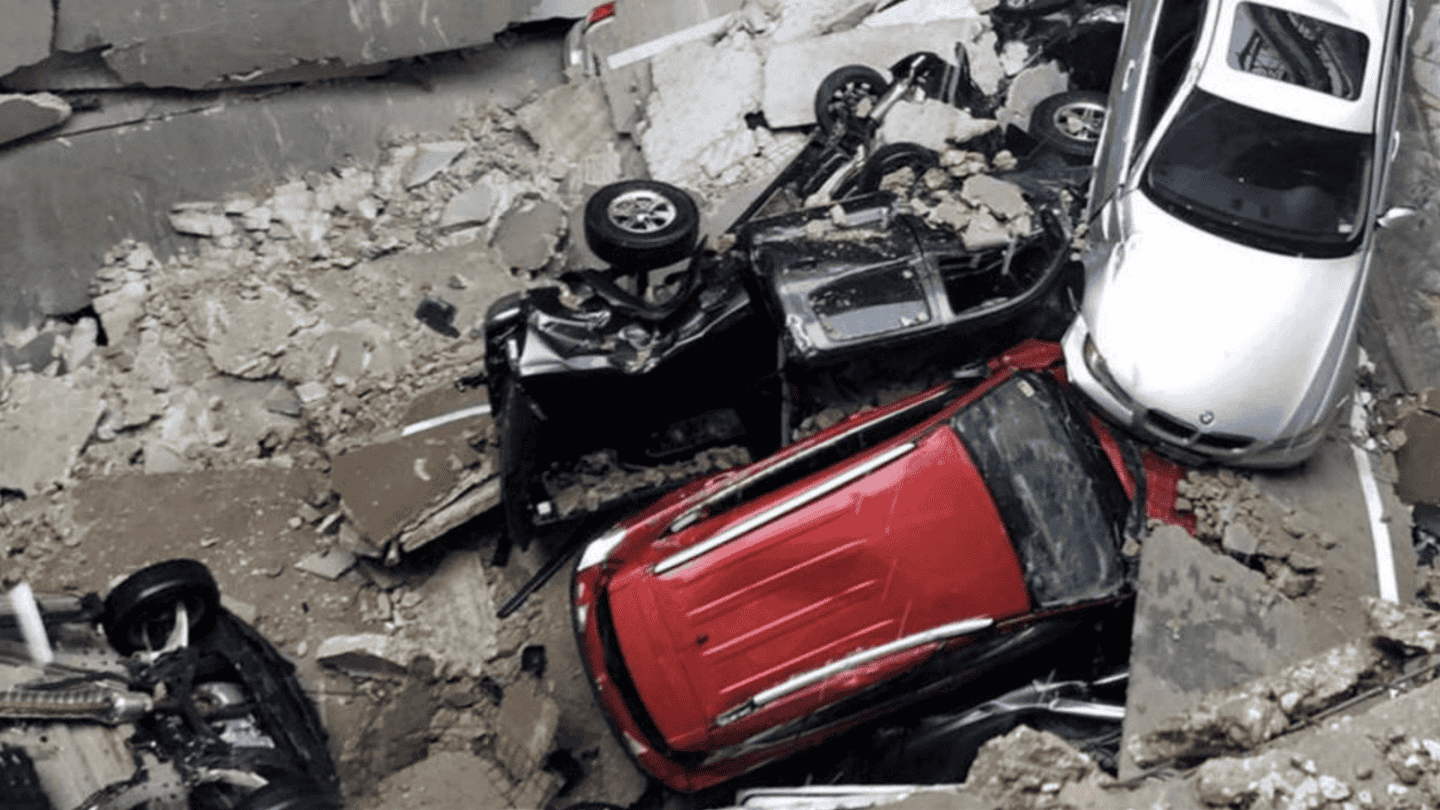 With the Dallas metropolitan area facing major straight-line winds speeds over the past week, various buildings have been damaged and an unspecified number of people were injured or killed in result. One incident painted an especially horrifying scene as massive gusts sent a construction crane barreling through a nearby parking garage and apartment complex, striking from the top and demolishing the multi-story structure as well as nearly everything in it. Tragically, one death was reported as well as six injuries from the catastrophe.

Twitter user Sophie Daigle captured the disaster from afar as the crane toppled over:

A witness named Josh Whittaker recorded the aftermath on his phone, detailing the amount of destruction as cars can be seen piled on top of one another along with large chunks of concrete rubble. He then sent the video to local news station WFAA who posted it to channel meteorologist Jesse Hawila's Facebook page:

Weather professionals estimate that 80 to 85-mile-per-hour winds tore through Dallas over the weekend, causing significant damage at several locations throughout town.

Per NBC News citing Dallas Fire and Police public information officer Jason Evans, five of the six injured are severely wounded and in serious or critical condition, while the sixth was treated and released on Sunday.

It's been reported that tenants of the attached apartment complex had gathered at a culture center across the street, but it's unclear if anyone is missing as of Monday morning. According to NBC, Dallas Police are searching the area with K-9s to investigate further.

The crane crushed several cars and pedestrians that commuted through Seattle’s Mercer Street, including several students and a four-month-old baby.