The crane crushed several cars and pedestrians that commuted through Seattle’s Mercer Street, including several students and a four-month-old baby. 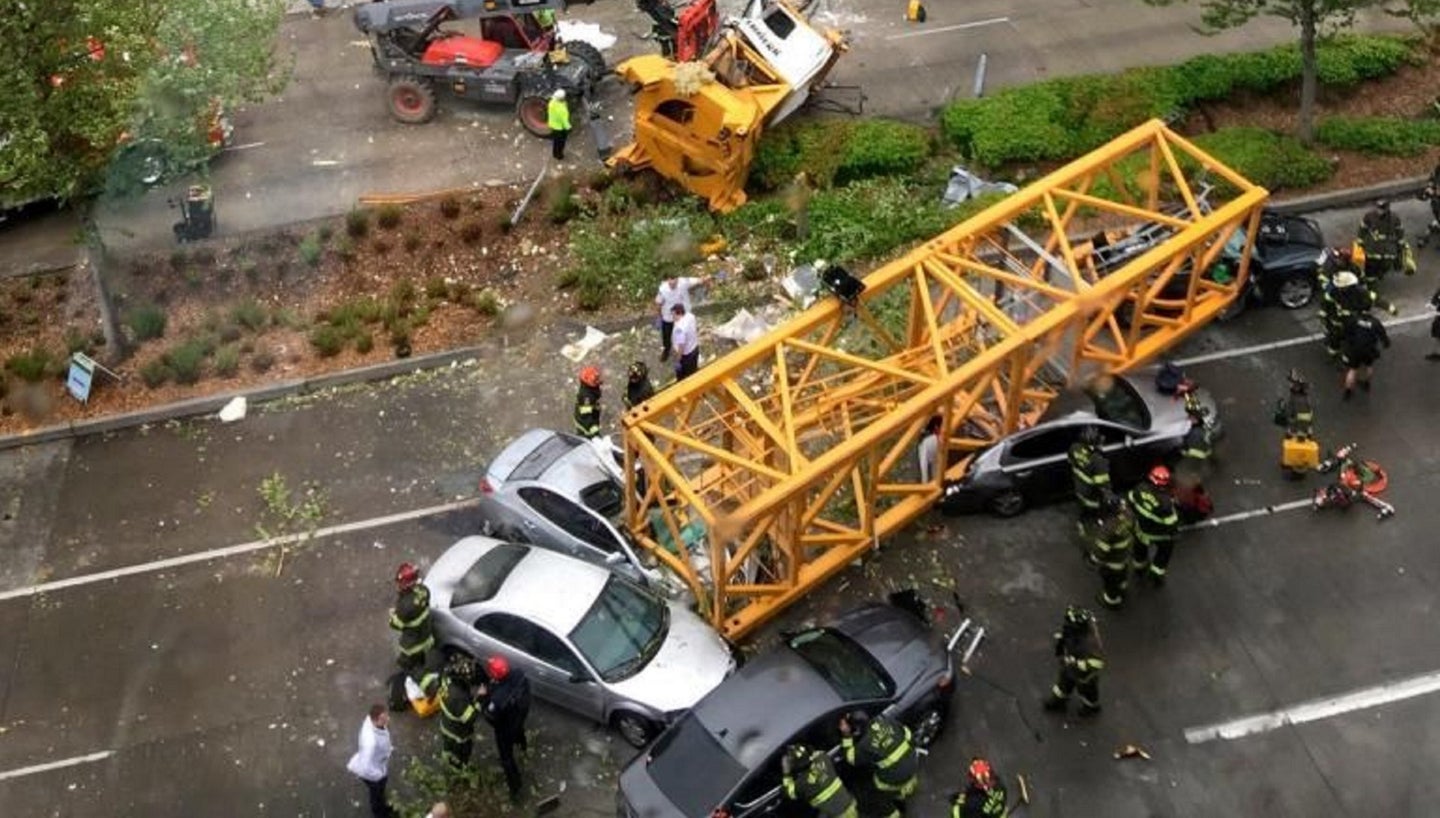 Videos showing the horrifying moment when a massive construction crane collapsed in Seattle, Washington on Saturday evening have emerged. According to police, four people have been reported dead and several motorists and pedestrians have been hospitalized after their cars were crushed or their bodies impacted by falling debris. The building has been identified as Google's South Lake Union Campus.

According to CNN, one of the victims has been identified as Sarah Wong, a freshman at Seattle Pacific University who happened to be driving by the busy intersection when a massive piece of the crane fell on top of her car. Both crane operators lost their lives according to local Komo News, with friends and family of one of the operators, Andrew Yoder of North Bend, quickly paying their respects to the young father on social media. The identity of the second operator hasn't been made public by law enforcement, and the name of the second deceased motorist whose car was crushed has yet to be revealed.

Other victims were rushed to local hospitals after suffering non-life-threatening injuries, while Seattle Fire Chief Harold Scoggins confirmed that more than a dozen people including drivers in six cars and several pedestrians were involved, including the four killed. CNN reports that a four-month-old baby and its 25-year-old mother were driving by the scene when their car was suddenly crushed by the falling metal. Luckily they were able to escape their vehicle and have since been released from the hospital.

It's unknown at this moment what caused the crane to collapse, but several witnesses (including some with crane experience) claim the crane wasn't balanced or anchored properly, while others claim to have experienced strong winds moments before the nightmare took place.

“I thought it was going to fall,” Deyan Cashmere, who was visiting a nearby hospital for cancer treatment told the New York Post. “It was at an angle. It wasn’t standing upright.”

According to the original report, Cashmere's father recorded a time-lapse video of the crane just five minutes before they heard it crashing down. The two men claim to have experience with construction cranes back in Australia.

“We got up and said, ‘That’s the crane,’” said Deyan Cashmere about the loud bang.

The duo told the New York Post that "they noticed right away that the crane’s weight was not properly distributed," and both have now been interviewed by police investigators.