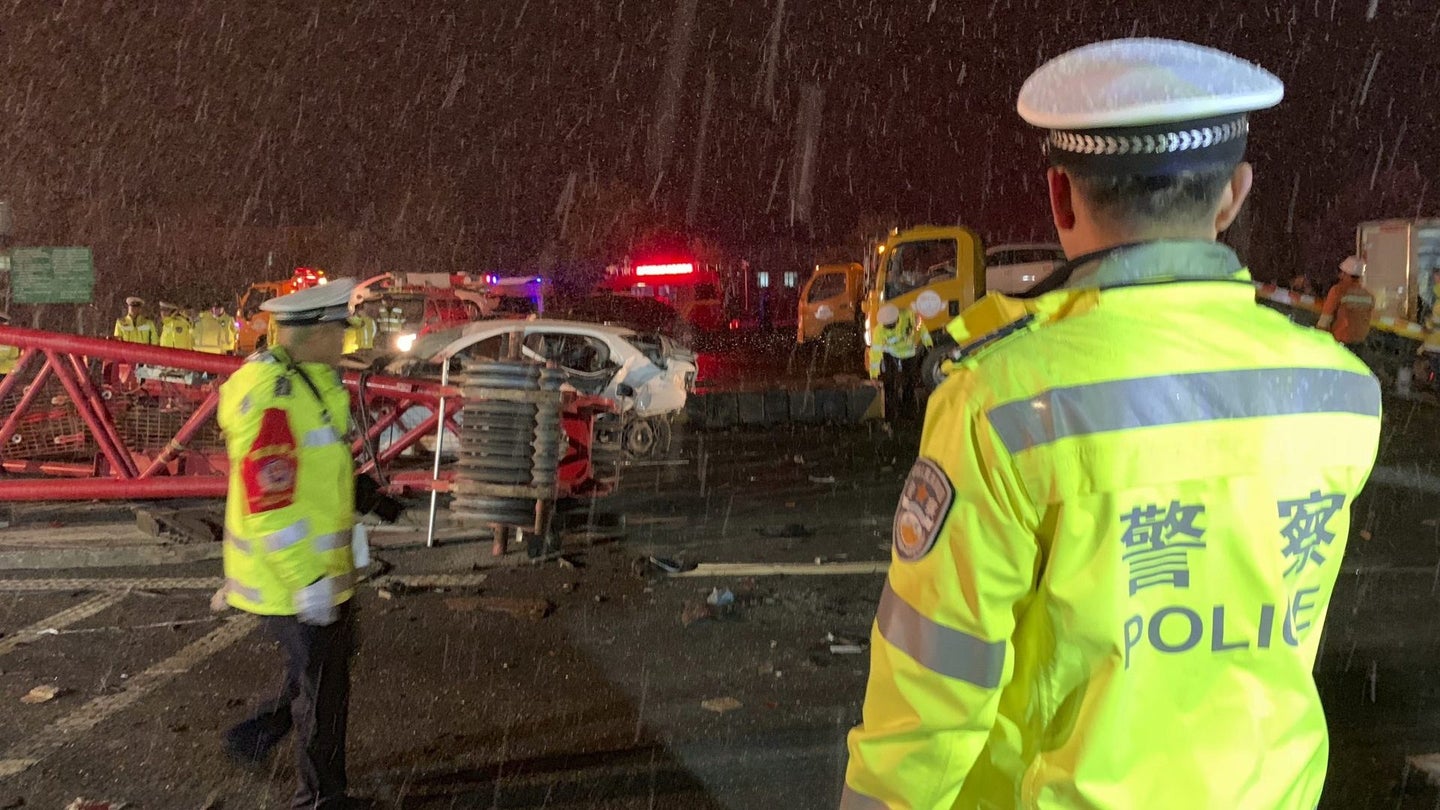 At least 15 are dead and dozens more are injured after an accident involving an out-of-control crane truck in Gansu, China. The accident happened during the afternoon rush hour when a multitude of cars awaited their turn at a nearby toll booth.

Around 7:00 p.m. local time, 45-year-old truck driver Li Feng was reportedly driving his crane truck on the 17 kilometer-long (10.6-mile) downhill section of the Lanzhou-Lintao Expressway, reportedly for the first time. Feng claimed that around this time, the truck's brakes failed and his rig became nearly impossible to control on the inclined road. China Daily reports that at 7:21 p.m., Feng's truck arrived at a toll booth queue where dozens of cars were waiting to be let through, ultimately colliding with 31 vehicles before coming to a stop. Reports so far claim that 15 people are dead and 44 injured, 10 of whom are in critical condition.

The Lanzhou Municipal Public Security Bureau sent a colossal response team of more than 260 police officers to the scene, who reportedly managed to clear up the scene by 2:30 a.m. By 11:00 a.m, traffic flowed normally again.

Feng himself sustained minor injuries and communicated his alleged brake failure to authorities on the scene, who ultimately detained him. Law enforcement is currently investigating whether Feng's claims of brake problems are legitimate. Further up the chain of command, Gansu region authorities have requested that dangerous roads be investigated in response to this accident.

A common preventative of accidents of this kind is something called a runaway truck ramp, an offshoot from the main highway often containing a thick bed of gravel at a steep grade to bring trucks with overheated or damaged brakes to a halt. It is unknown whether the Lanzhou-Lintao Expressway features these ramps, though, with the local government's interest in preventing further crashes like this, it may be a matter of time before they become more commonplace.