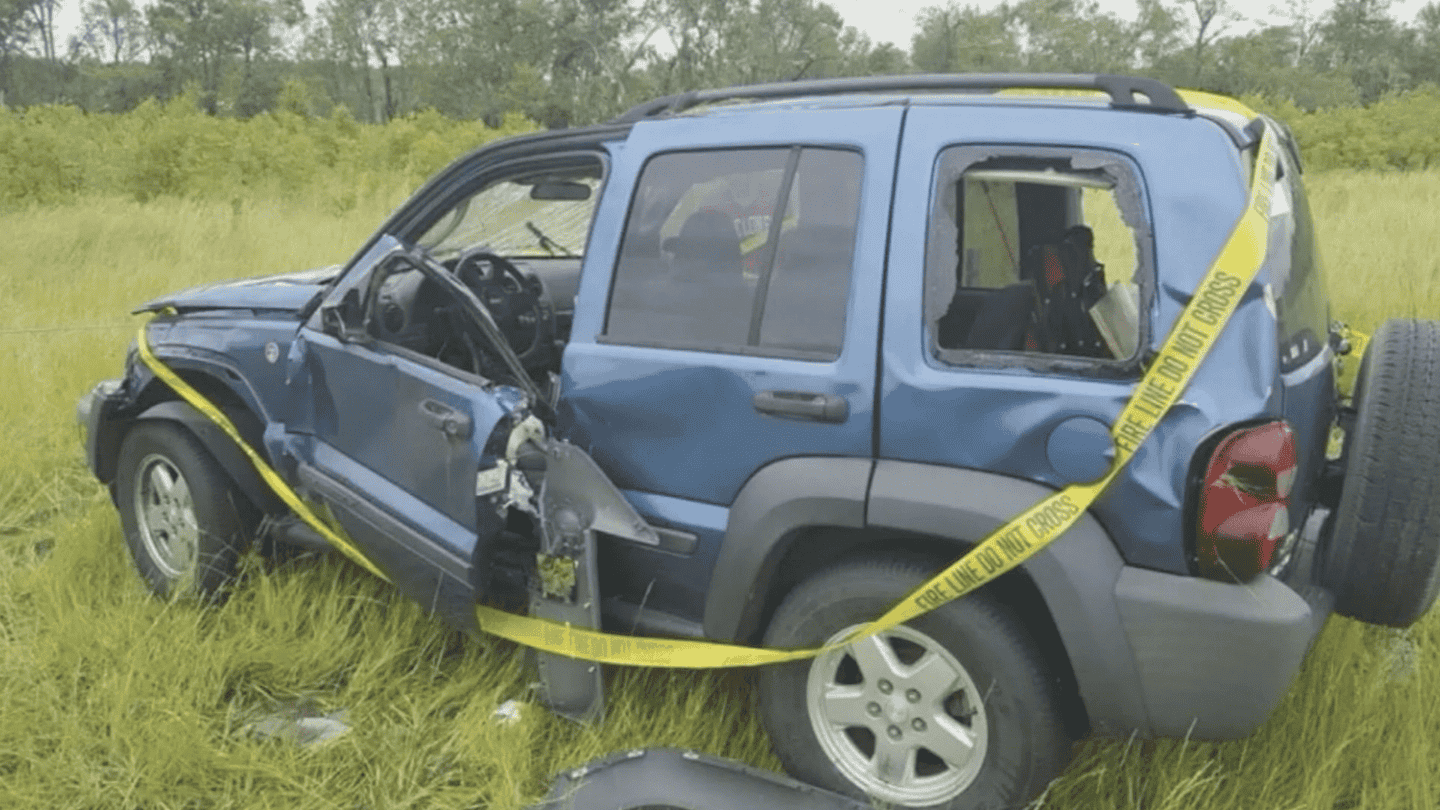 People across the American Midwest have fallen victim to tumultuous weather over the past month with major flooding and winds wreaking havoc across the country's heartland. One Ottawa, Kansas man, who was attempting to beat out one of the many storms, was suspensefully caught in the middle of an EF-3 tornado while driving his Jeep Liberty, leaving him without many options for shelter—and although he did suffer a broken shinbone, he was able to survive despite his Jeep being thrown on top of him in an incident he described as being "just like the movies."

“As soon as it happened, I knew it was broke because my leg, it just flopped,” Terry Seymour, who was resultantly admitted to nearby Lawrence Memorial hospital for treatment, said to local outlet KDVR. “I had gotten the alert on my phone, and my wife sent me a notification that the tornado was on the way."

Seymour was driving as he saw the twister approach, leading to a spat of panic in which he evacuated his vehicle to seek out safety. However, he thought he may be better off returning to the site of his Jeep and decided to take cover, laying down in a ditch. After the wind threw him "like a rag doll," he decided to crawl back to his parked car when he saw it leave the ground and starting hurling toward him.

“I saw the Jeep lift off the ground, and it went over my head, and my first thought was, 'This is just like in the movies,'” Seymour said.

“If it had landed anyplace else besides my leg, I don’t think I would be here,” he continued.

In all, Seymour was one of 17 people injured in last Tuesday's storm according to Douglas County officials. Luckily, it appears as if he'll be able to make a full recovery.