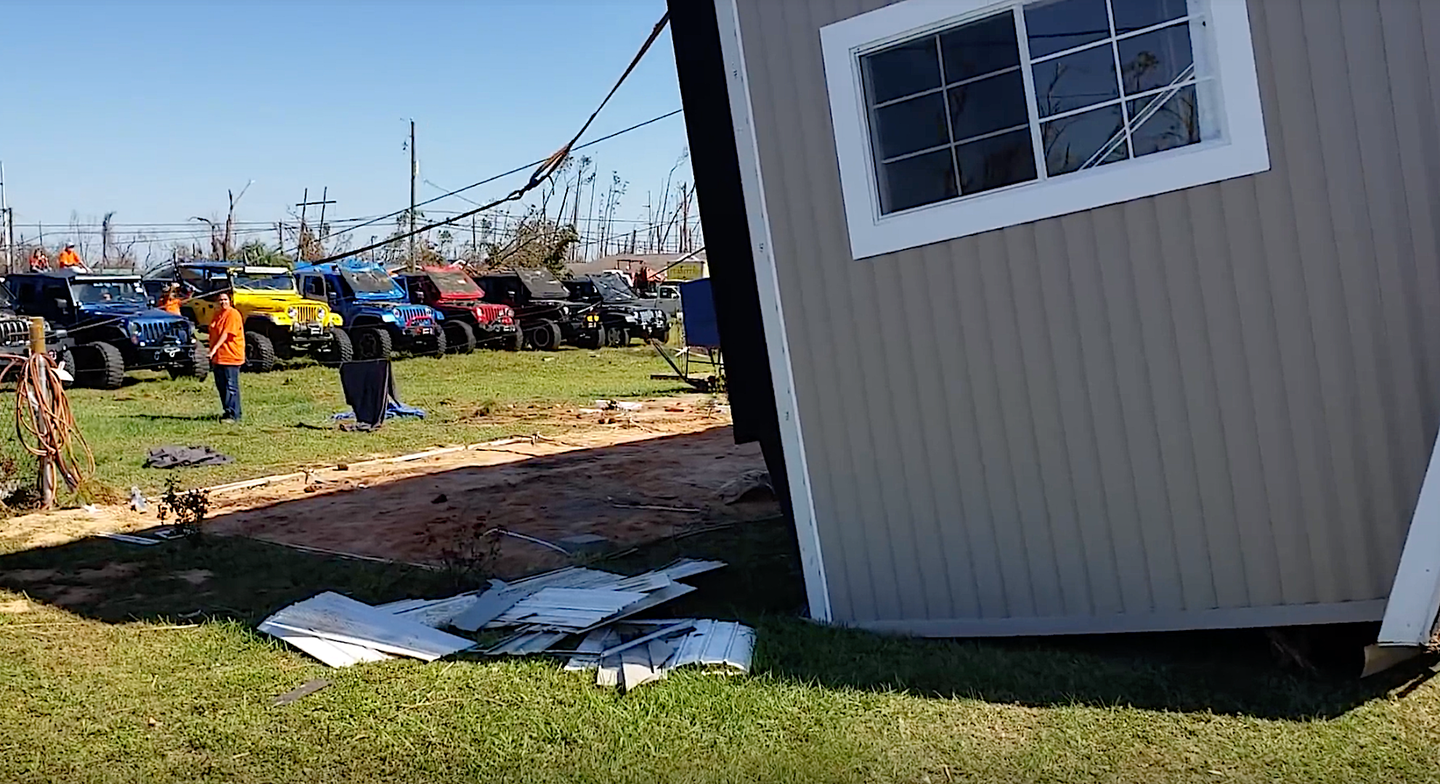 In a move only Jeep owners could possibly cook up, a set of Wranglers joined together to flip a house back to right side up after Hurricane Michael caused it to overturn. The group of Jeep owners were from a local car club and worked to demonstrate what it means to come together to help those in need.

Hurricane Michael devastated Panama last month when the area took a direct hit from the storm; many structures were totally destroyed and tons of others have been severely damaged. The weather-worn area is still in the very early stages of cleanup efforts and has weeks' worth of work to do before the community can even begin to rebuild.

One of the affected families is the Cliftons who live in Panama City. The couples’ house, along with everything they own in it, was thrown onto its roof from the insane 150 mile-per-hour winds. It was when a member of the Bay Area Jeep Association, or B.A.J.A., heard about their story that a creative solution surfaced.

According to Jalopnik, several members of the group showed up to use their bumper mounted winches to carefully turn the home right side up. While it probably took a few hours to get everything strapped down and hooked up, the video shows a teamwork effort of about 12 Jeep Wranglers that only took eight minutes to get the building back to where it belongs.

Obviously, no one will be living in that home again, but this will allow the couple to retrieve their belongings and have what’s left of it removed so they can start over. The effort from the club likely saved the couple somewhere in excess of $10,000, according to reports.

A total of 23 aftermarket companies donated equipment to the high school students for this project.