Motorcyclist Killed by Lightning Strike While Cruising Down Florida Highway

Lightning struck the rider on his head, splitting his helmet. 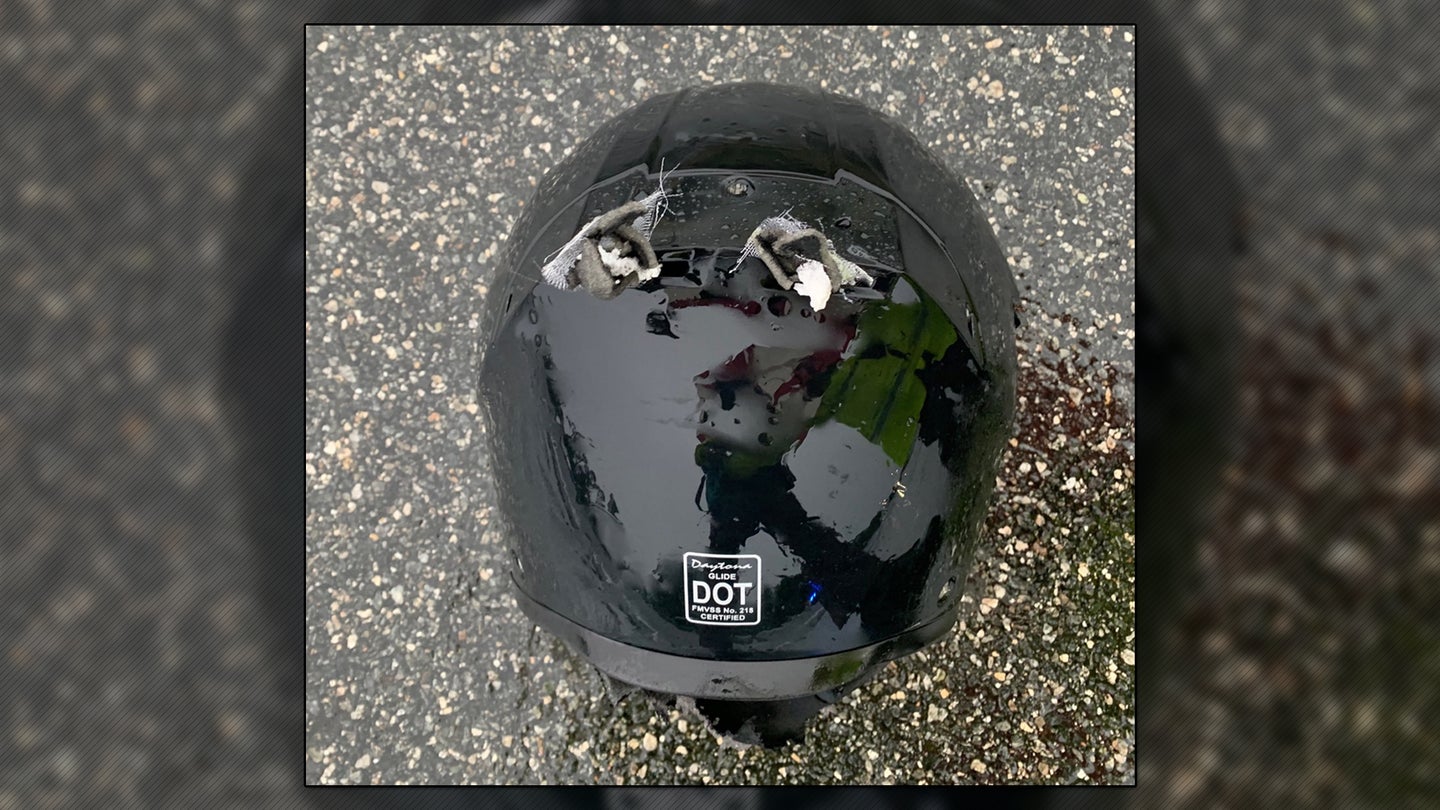 A motorcyclist was killed on Sunday after being struck by lightning while riding his bike on an interstate in Volusia County, Florida.

The Florida Highway Patrol say that the unnamed man was traveling southbound on Interstate 95 on Sunday afternoon when he was struck by the bolt of lightning. The strike shattered the man's helmet and caused him to veer off the roadway and into the median where he was thrown from the bike.

A photo of the man's helmet was posted to Twitter by the FHP to showcase the damage caused by the blitz.

An off-duty Virginia State Police trooper reportedly witnessed the events and reported them to local authorities. Unfortunately, the 45-year-old operator of the motorcycle was pronounced dead at the scene. His name has not been released, though police do note that the man is from Charlotte, North Carolina.

Still, direct lightning strikes are quite rare. Out of the estimated 25 million strikes that make land contact in the U.S. each year, only 47 people are killed as a result. But perhaps more surprising, nine out of 10 people who are actually struck survive the event. According to the National Weather Service, the motorcyclist was the second lightning strike related fatality in 2019.