Are You Safe in a Car When Lightning Hits?

Probably, but crazy can happen. Or a really elaborate hoax. 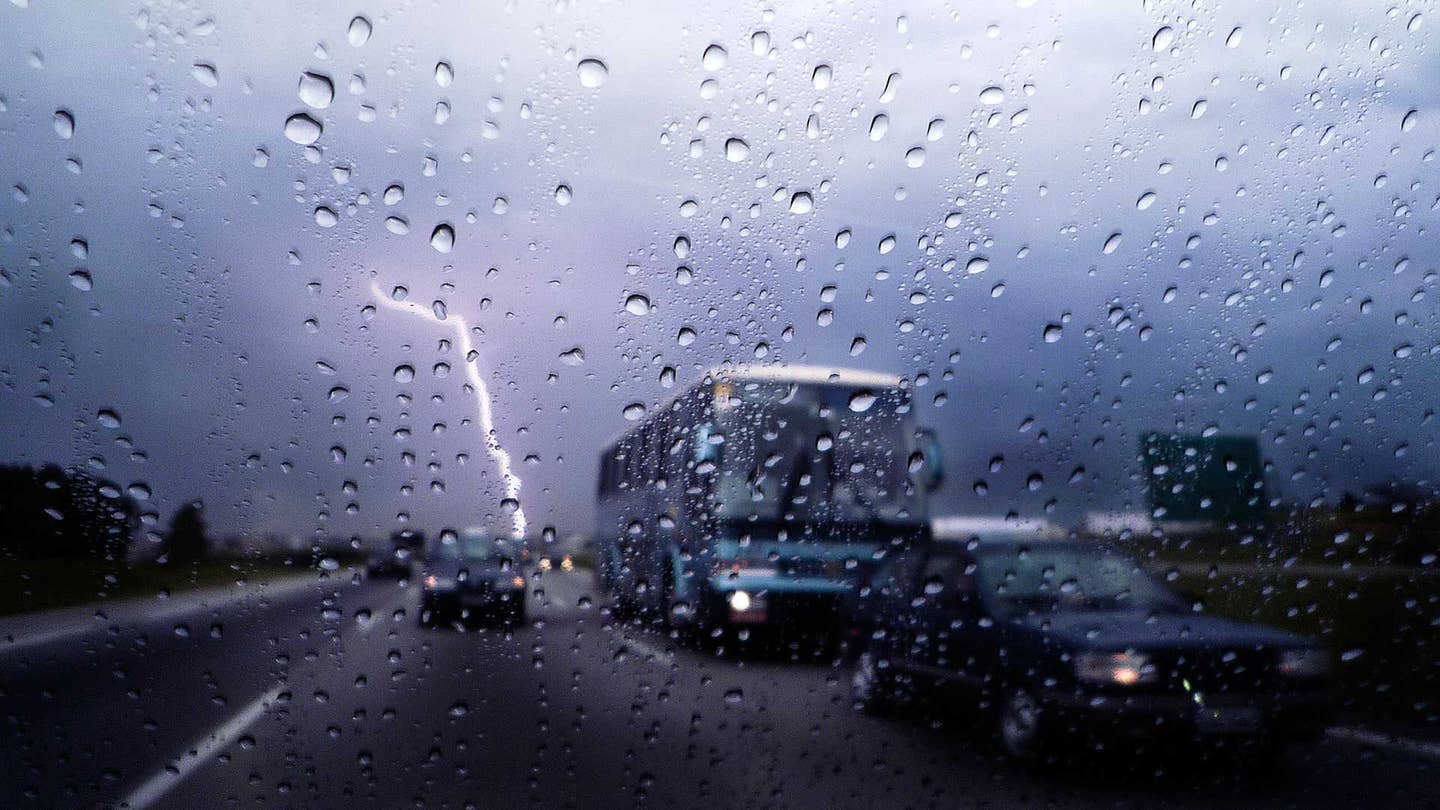 Conventional wisdom holds that the interior of a car is the safest place to be during a thunderstorm. Some combination of rubber tires, Pine-Fresh air fresheners, leather seats and a steel frame is supposed to insulate against thousands of watts of Zeus’ fury and, somehow, it usually does. Still, we wouldn’t have wanted to be in this particular Toyota Highlander when lightning struck.

There’s a lot of controversy surrounding this video. One contingent thinks the strike is fake: he can see the “wires on the lightning.” All right. Another doubter points out that lightning follows thunder: the two don’t coincide, as they do in the video. A third believes the lightning is real, but that it strikes just behind the Toyota, leaving the car unscathed. For our part, we hope that if the strike is real, the occupants benefited from the insulating powers of their SUV and emerged un-toasted.

Here’s how your car actually save you during a thunderstorm. According to AccuWeather.com, a metal-roofed car—that is, not a convertible—is great at mitigating lightning’s dangers. That structure conducts the electricity and enables the Faraday Effect: essentially channeling electricity through the metal parts of the car and to the ground, not into you. To optimize your car’s protection in a storm, first, stop the car. Then, sit tidily on your seat with your hands in your lap and don’t touch any metal or metallic parts of the interior. To be safe, also avoid the gear-shift and steering wheel—though they’re often rubber or leather, their internals are metal and connected to the larger frame.

That way, even if your behavior offends the gods and they rain down bolts upon you, you’ll survive the smiting.