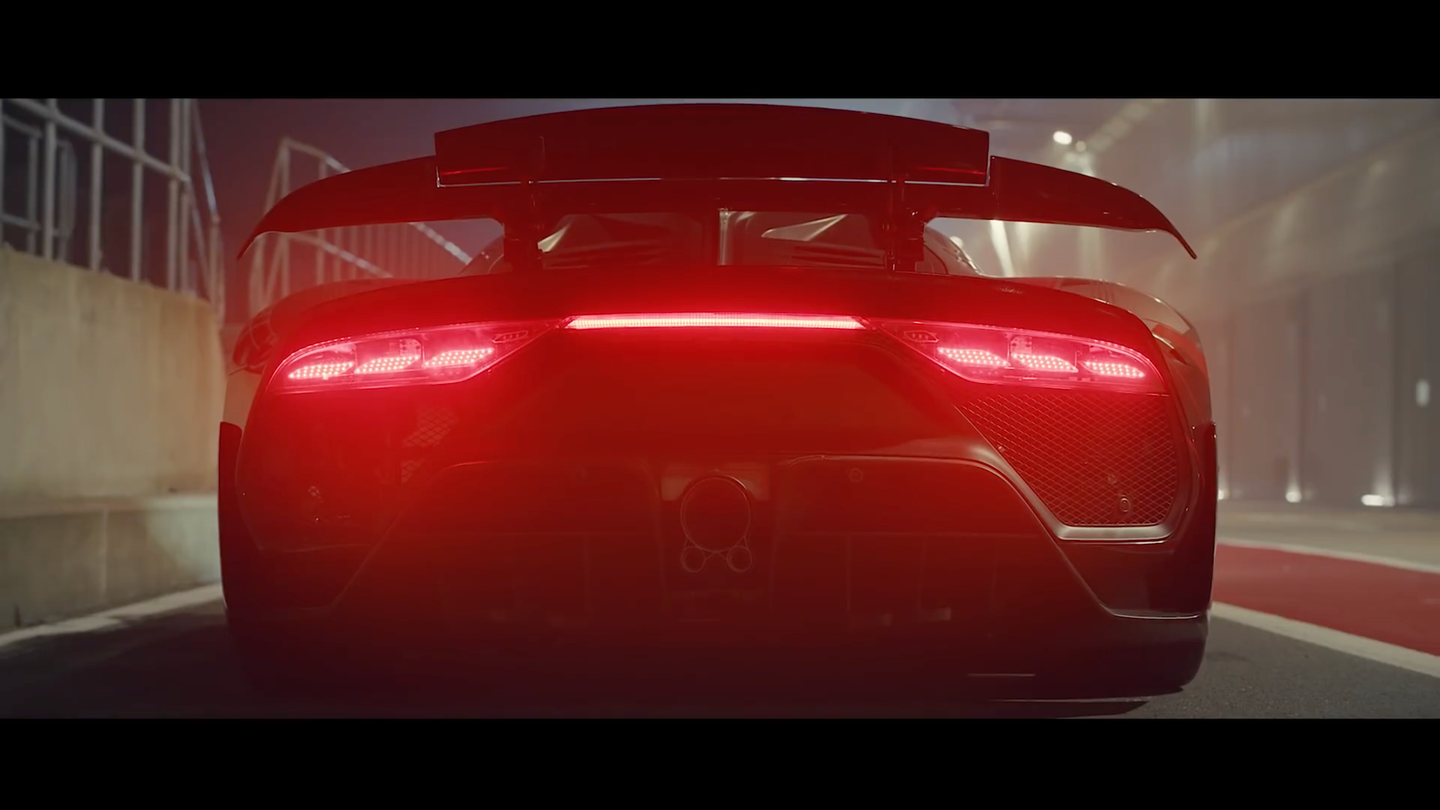 The Mercedes-AMG Project One hypercar has been a long time coming. It was unveiled at the 2017 Frankfurt Motor Show with the help of seven-time Formula 1 champion Lewis Hamilton, but things have been relatively quiet ever since. Now, Mercedes is once again recruiting Hamilton to tease its 1,000-horsepower creation, who shows us what the Project One's full aero kit looks like on track-attack mode. Hint: it's pretty intimidating.

The video recently uploaded to the automaker's YouTube channel is titled "After Work with Lewis Hamilton," primarily because it... well... shows Hamilton taking the Project One for a drive after a day at the office. Pay close attention, however, and you'll realize that this promo video wasn't filmed during last weekend's F1 season finale in Abu Dhabi, but earlier in the year at Silverstone.

Regardless, once Hamilton is done walking down the pit lane and greeting people in a somewhat awkward fashion, he hops into the Project One and drives out of a garage. Mercedes-AMG clearly wants to highlight the fact that the car can operate on EV mode, as the clip doesn't have the typical "LOUD ENGINE FIRE UP SEQUENCE" that most car videos do.

After cruising down the pit lane solely on battery power, Hamilton comes to a stop and flips from EV S mode to R + mode via a steering-wheel-mounted knob, which then triggers a series of events. First, the 1,000-hp F1-derived hybrid V6 power unit finally comes alive, the massive rear active spoiler deploys, the front air inlets above the front tires flip up, and lastly, a secondary flap mounted on the rear wing extends even further.

Once the sequence is done, Hamilton is given the "track clear" command over the radio, he accelerates, and the video ends. Anticlimactic? Yeah, but I'm pretty sure a sequel will follow.

Nearly four years in the making, the multi-million-dollar hypercar has been plagued with several issues during its journey from prototype to production, most of them related to reliability and emissions. After all, grafting a Formula 1 car's drivetrain onto a street car isn't quite so simple—unless you have a team of laptop-carrying engineers to follow you around while you grocery shop or go for a weekend drive.