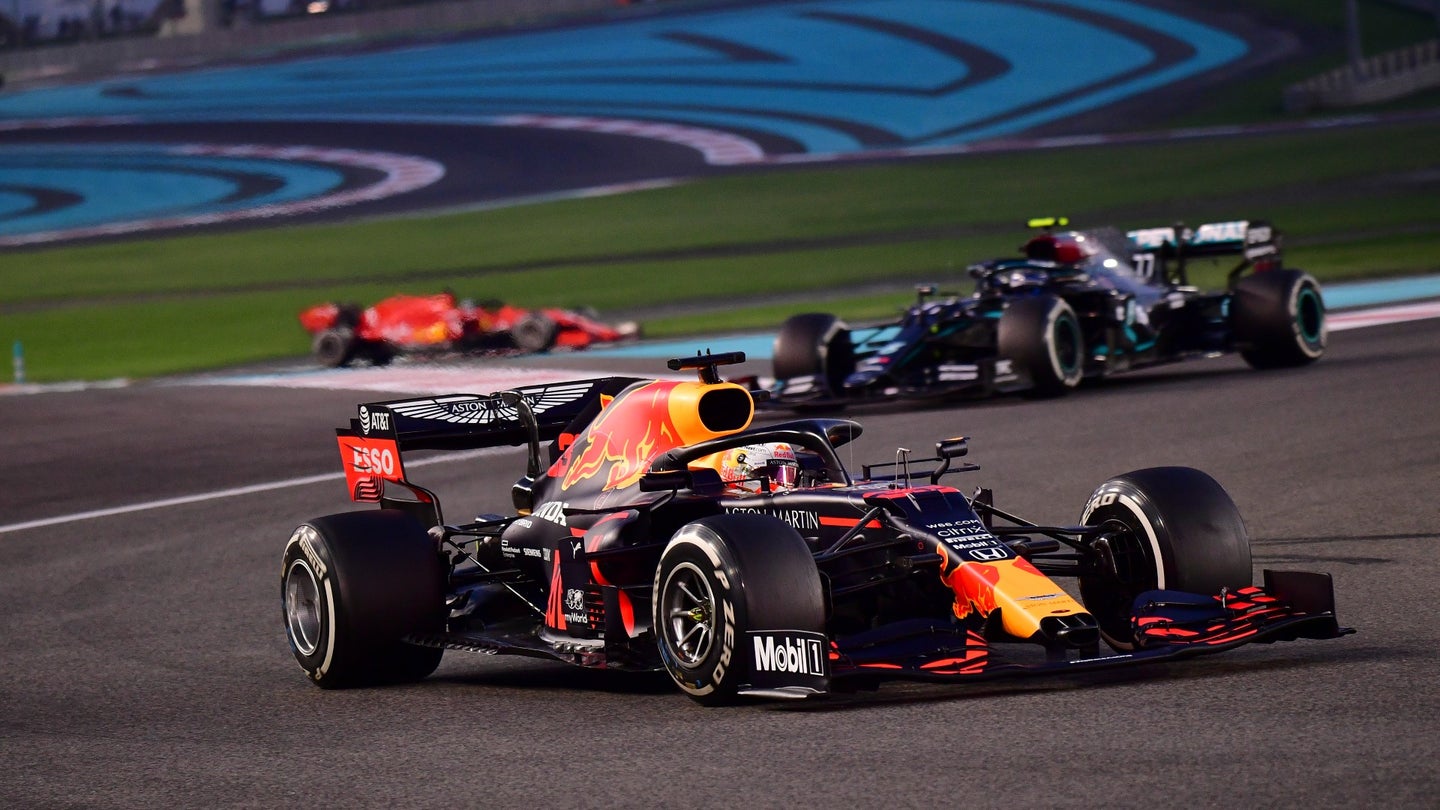 It was also back to reality for George Russell, who finished the race in P15 for Williams. Last week, he led most of the Sakhir Grand Prix while driving a black Mercedes, replacing Hamilton after a positive COVID test. Russell is contracted to Williams for 2021 and despite buzz that he could one day replace Bottas, it looks like he'll be a backmarker for at least one more season.

The race affected F1's overall standings very little, though it did lock McLaren into third for the Constructors Championship. Mercedes, of course, was the top team, followed by Red Bull.

In the driver standings, Hamilton wrapped up the title weeks ago. Second was Bottas, followed by Red Bull’s Verstappen, then surprise GP winner Sergio Perez of Racing Point. Daniel Riccardo secured a fifth-place spot in the championship following his final race for Renault, bound to replace Carlos Sainz Jr. at McLaren next year.

Sunday’s contest was relatively drama-free given the excitement of the last two events. Verstappen maintained his lead early on, though it was erased by a caution period on lap nine when Sergio Perez came to a stop with a reported transmission issue.

Verstappen quickly moved away after the restart, eventually winning the race by more than 15 seconds. Finishing fourth was Alex Albon of Red Bull, just ahead of McLaren's Norris and Sainz. Seventh was Riccardo, who logged the fastest lap of the race—1:40.926.

The last two cars running were the Haas F1 pair of Kevin Magnussen in 18th and Pietro Fittipaldi in 19th. Fittipaldi, in his second F1 race, was filling in for Romain Grosjean, who had a horrendous crash two weeks ago at Bahrain. He suffered burns on his hands, which he hoped would heal enough to run this last race, but he wasn’t cleared to compete.

F1's 2021 season is scheduled to begin on March 21 in Australia, but given the unpredictable coronavirus pandemic, we’d wait to buy any tickets.

There will be no Russell reprisal at Mercedes-AMG this weekend, though a return to the squad looks inevitable.