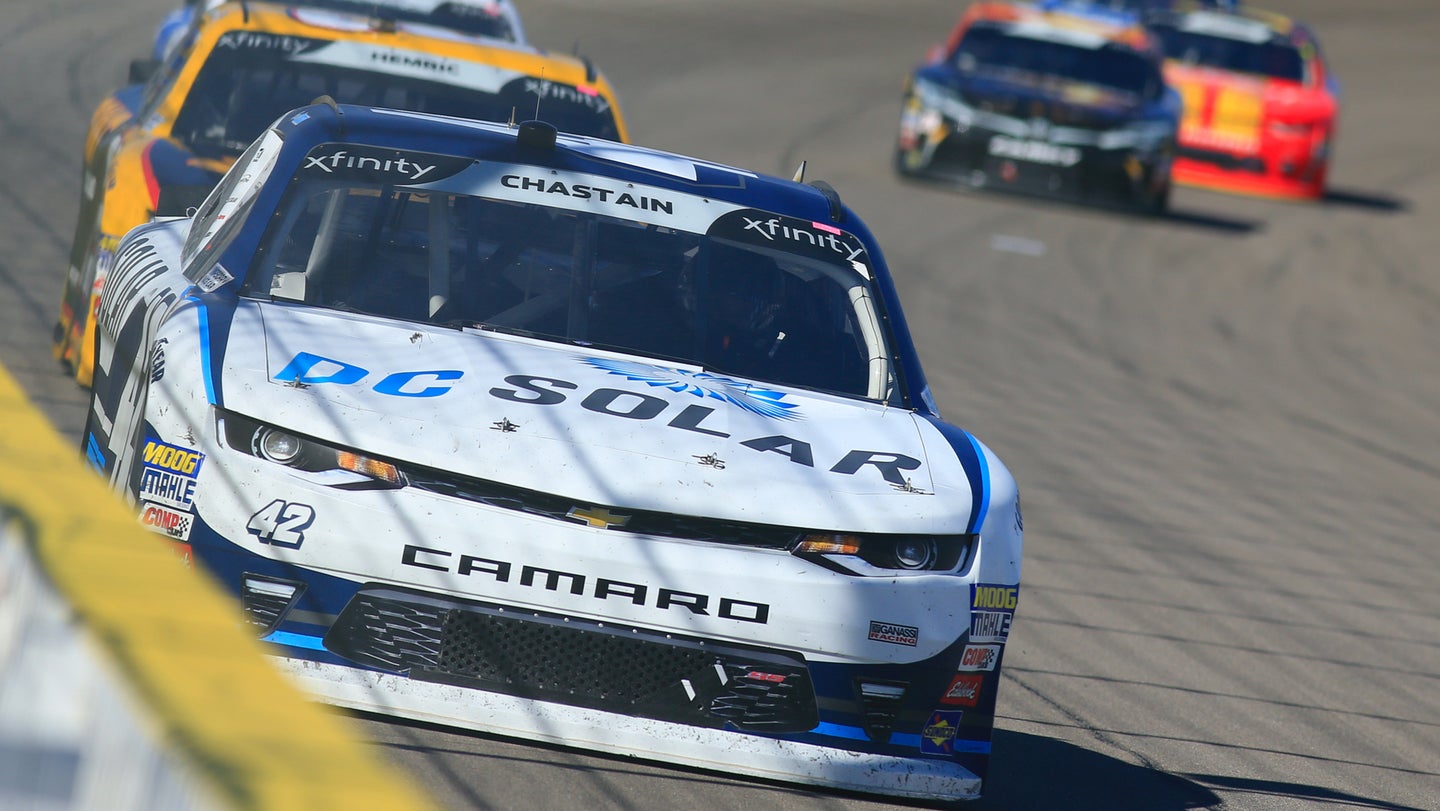 NASCAR driver Ross Chastain had finally moved up in life courtesy of a full 2019 season drive on Chip Ganassi Racing's Xfinity Series team. The series exists just a step below the main NASCAR Cup show, and Chastain had won the support of team sponsor DC Solar's owner, Jeff Carpoff. Carpoff allegedly pushed to get Chastain a chance on a better team after his first Xfinity Series win last year. But then, Carpoff's home and his company's office were raided by the FBI, and now it looks like Chastain's big shot is no more—at least for this year.

Chip Ganassi Racing announced today that they would be closing down their NASCAR Xfinity Series team due to a lack of sponsorship funding. While they didn't specifically mention DC Solar in their announcement, it was widely known that DC Solar was their main sponsorship deal for this year, and this announcement comes on the heels of the FBI raid.

DC Solar sponsored numerous entities in NASCAR, too, including several NASCAR races as the title sponsor. Ganassi clarified to the AP that his NASCAR Cup team including drivers Kurt Busch and Kyle Larson would not be affected in any way by the loss of DC Solar's sponsorship funds.

The FBI declined to comment to the AP as to the reason for the raid. However, the Phoenix New Times reports that the Carpoffs were going through significant financial problems with the IRS and the state of California prior to the FBI raid:

More recently, on November 6, the IRS released a lien of $2,441,500 that it filed on August 3 against the Carpoffs. The state of California also filed a lien against the Carpoffs in August, for about $1 million. As of this writing, that lien had not been released. In response to a message seeking comment, Jeff Carpoff asked for time to set up a phone call, then failed to pick up or reply to a follow-up email.

Sadly, this leaves Chastain without a ride late in the offseason, after most of the full-season seats are spoken for. We'll have to see if he's able to land on his feet elsewhere in the series.