You'll probably never be Lewis Hamilton, but that doesn't have to stop you from feeling like it on a B-road with loads of tech at your disposal. 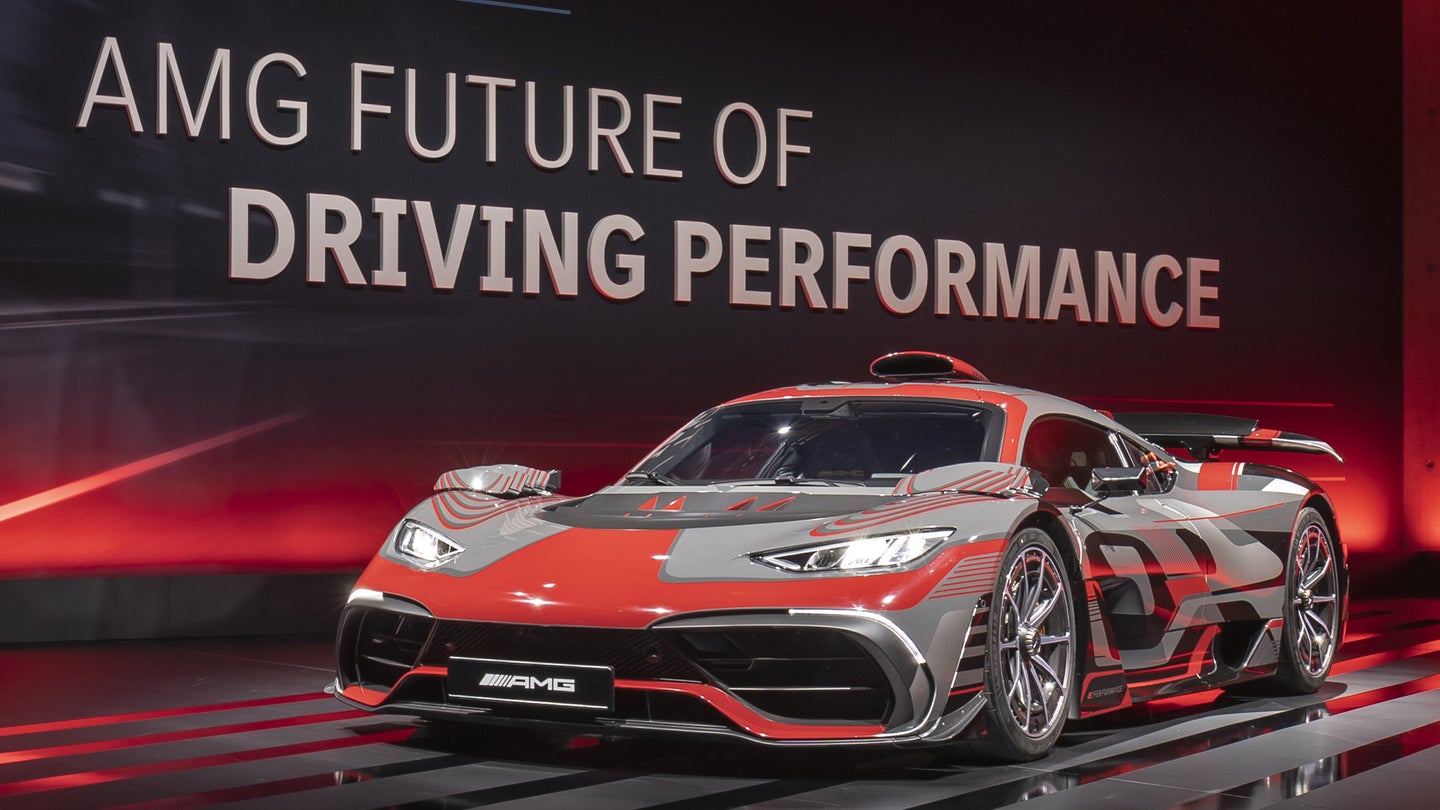 Here's the thing about F1 cars: I wouldn't take one to the grocery store. That's ok, that's not really their whole thing; same way they're not really built for the comfort of the driver's ride. It doesn't matter how much you're shaking them about so long as they can still go fast. And they're not very cheap, to be honest—if you look at their miles per gallon, given the average speeds they race at, it's impressive efficiency but you wouldn't be thrilled if your daily lobbed the best part of 100 kilograms through its system over the course of a Sunday afternoon.

Again, that's ok. Most of us are at precisely zero risk of ever sitting in an F1 car, let alone having to think of any practical justification for a multi-million dollar piece of technological artwork in any context other than being driven incredibly well by the small number of people with the required skill set to do so. Even supposing my head didn't get torn off my body halfway the first corner in Mercedes' 2021 car, I wouldn't know what to do with any of the stuff it does, let alone make even the vaguest attempt at getting performance out of it.

So why is AMG putting loads of F1 tech in a road car platform? The answer, of course, is drawing out as much performance as possible. AMG's E-Performance platform isn't getting built to worry about fuel efficiency—the hybrid system isn't intended as a money-saver—it's about the efficiency of delivering the best possible output, constantly, regardless of what the car's doing. It's a track day car, it's putting as much F1 technology into the hands of road drivers as is reasonably possible on what is, technically, meant to be a regular garage car, not an engineering team project.

Speaking to media last week, AMG CEO Philipp Schimier said that it was a conscious and ongoing project to integrate Formula One technology into AMG's cars. "We will intensify our cooperation with [our] Formula One colleagues in England," Schimier explained. "This will further strengthen the successful technology and knowledge transfer between the development teams. One example of this is the specific high performance battery, just like the other powertrain components, the energy storage unit is inspired by technologies that have proven themselves in our Formula One race cars under the toughest conditions."

Ok, lovely, bit of road-relevance for the world's most expensive sport. All very helpful to justify it to the board, no doubt. But even if Mercedes didn't quite relinquish the team branding to AMG, it explained this is not just a phase. "Our new Formula One cars with E-Performance Logotype and AMG branding are definitely more than mere image boosters," Schimier continued. "What we can achieve if you join forces and knowhow is demonstrated by the will see this AMG Project One hypercar, which brings the Formula One powertrain almost one-to-one to the road."

That Project One experience translates to the E-Performance platform, which will become the technical underpinning of AMG's hybrid cars going forwards, while the sub-brand uses Mercedes' ECU platform for its battery-electric vehicles. The list of bits of the E-Performance powertrain that are partially inspired by or use direct technological transfer from F1 is impressively extensive; the battery, the exhaust-gas turbocharger, and the programming that manages what is, ultimately, a fantastically complex hybrid system all draws experience from Mercedes' High Performance Powertrain plant in Brackley back to AMG's factory in Affalterbach.

Again, lovely for that investment board meeting Mercedes probably wasn't having to work too hard to justify carrying on winning F1 in. But it's when you get to the list of other things the E-Performance power unit is doing that it all starts to feel a bit mom who has it all. Barbie would probably pale at the list of things this powertrain is supposed to be doing: it's got first-and-last-mile all-electric, it's a plug-in hybrid, it's intended to be put in vehicles that you drive daily and that are nice to drive on roads, not just brought out of the garage once a quarter to be hammered 'round a track in its natural environment.

It's not in a car yet, of course, so that list might get more cohesive once the system's in context. But for now, as amazingly engineered as it is—and it is, it's incredible—the E-Performance platform feels a bit like the way every social media site keeps trying to add each other's features. Are you truly going to be slamming it around a circuit thinking, "Ah, I do appreciate the ability to plug this in and get my first mile all-electric when I'm off to work" or sliding your morning coffee into a cupholder to admire just how well it does that sharp turn out of your drive?

We'll see. AMG generally does know what it's doing when it comes to making ludicrous sports cars, after all, and despite all the fuss about the all-electric mode, the headline is this powers cars optimized for performance—and even you or I can probably do virtually anything with it.