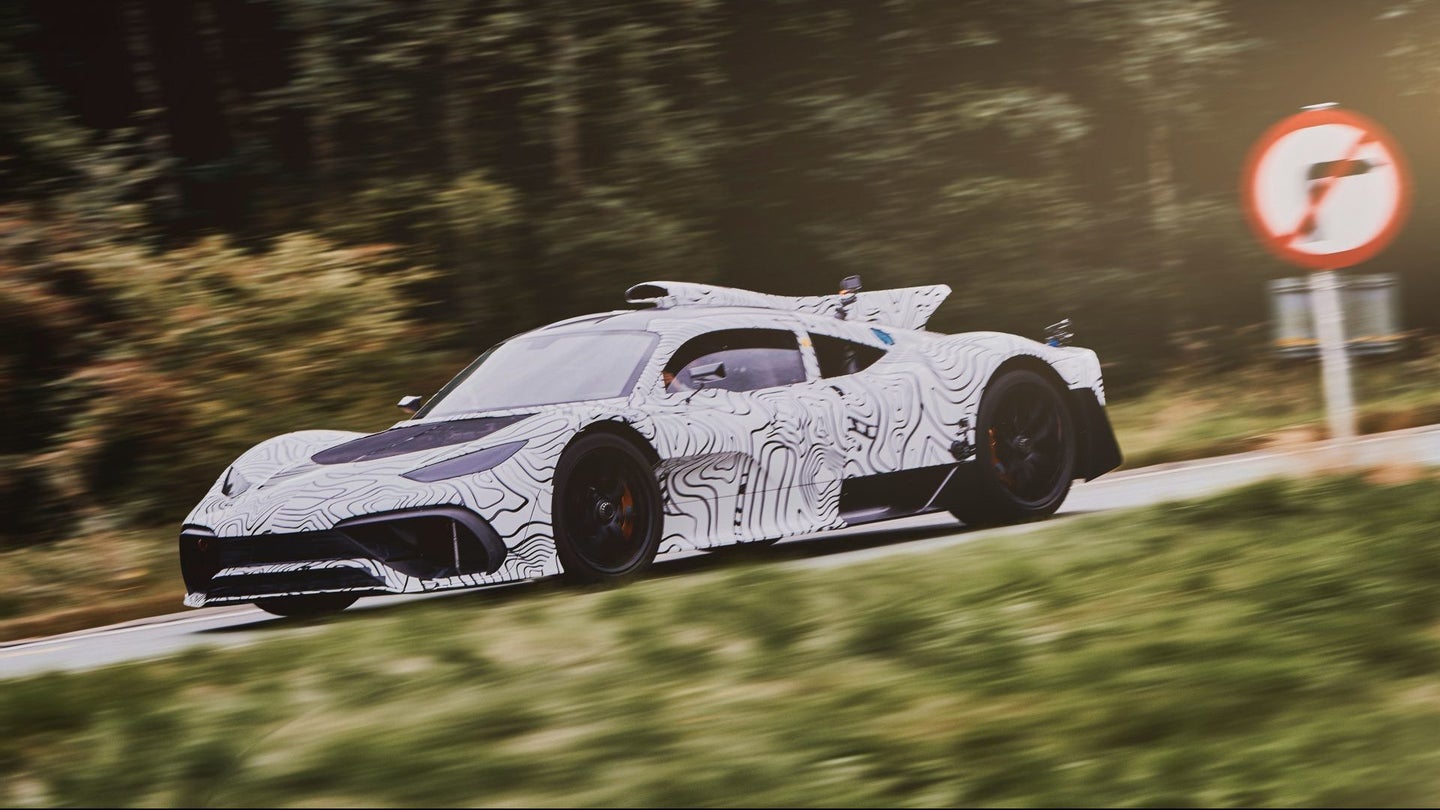 Mercedes-AMG became the hero of this decadewhen it announced it'd be releasing a super trick, 1,000-horsepower road car, dubbed the One, for uber-rich collectors to own and car nuts like us to drool over. It touts a $3-million price tag and is powered by a Formula 1-derived, hybrid 1.6-liter V6. While it also features a plethora of flashy tech aside from the powerplant, that's the bit which garners the most attention and rightfully so given its monstrous output and high-revving nature. However, due to its built-for-the-track design, the One's power unit (PU) had an especially tough time being cleared through emissions testing.

Because of this, development of the car was delayed by nine months as AMG boss Tobias Moers explained in an interview with Top Gear.

"Heat is not the problem. The heat is not high. Getting a stable idle at 1,200rpm, that’s challenging," Moers said of the process. "To give you a simple example. You have leakage in the throttles in Formula 1 and nobody cares, because it runs at a 5,000 rpm idle. At a 1,200 rpm idle, you have to meet the emissions regulations. You need a stable, proper idle. If it’s unstable, your emissions are unstable."

While the engine may not be so environmentally friendly, it is extremely capable of translating energy into power. Though tweaked for the consumer version, the Mercedes-AMG Petronas F1 PU its based off of became the first to crack 50 percent thermal efficiency at the end of 2017. Rest assured, this thing'll be worth the hype.

"Compared to the GT R, it’s like it is in fast forward," Moers elaborated.

This is just one of many hills that AMG has had to climb in building the One, though Moers promises that the company will deliver its product as promised, albeit with a brief delay. According to him, customers are fine with the setback because they want their cars to be reliable and, more importantly, fast.

Moers mentioned in regards to AMG One buyers: "You know what they tell me? 'Make sure that the car works. Because of what we experienced in the past with hybrid cars, take your time.'”

AMG is making 275 examples of the One—not that it matters, though, because they're all sold out. Customers are anticipating delivery of their next-gen hypercars sometime in 2020 barring any further setbacks.