There’s not much Hyundai left, but that doesn’t matter. 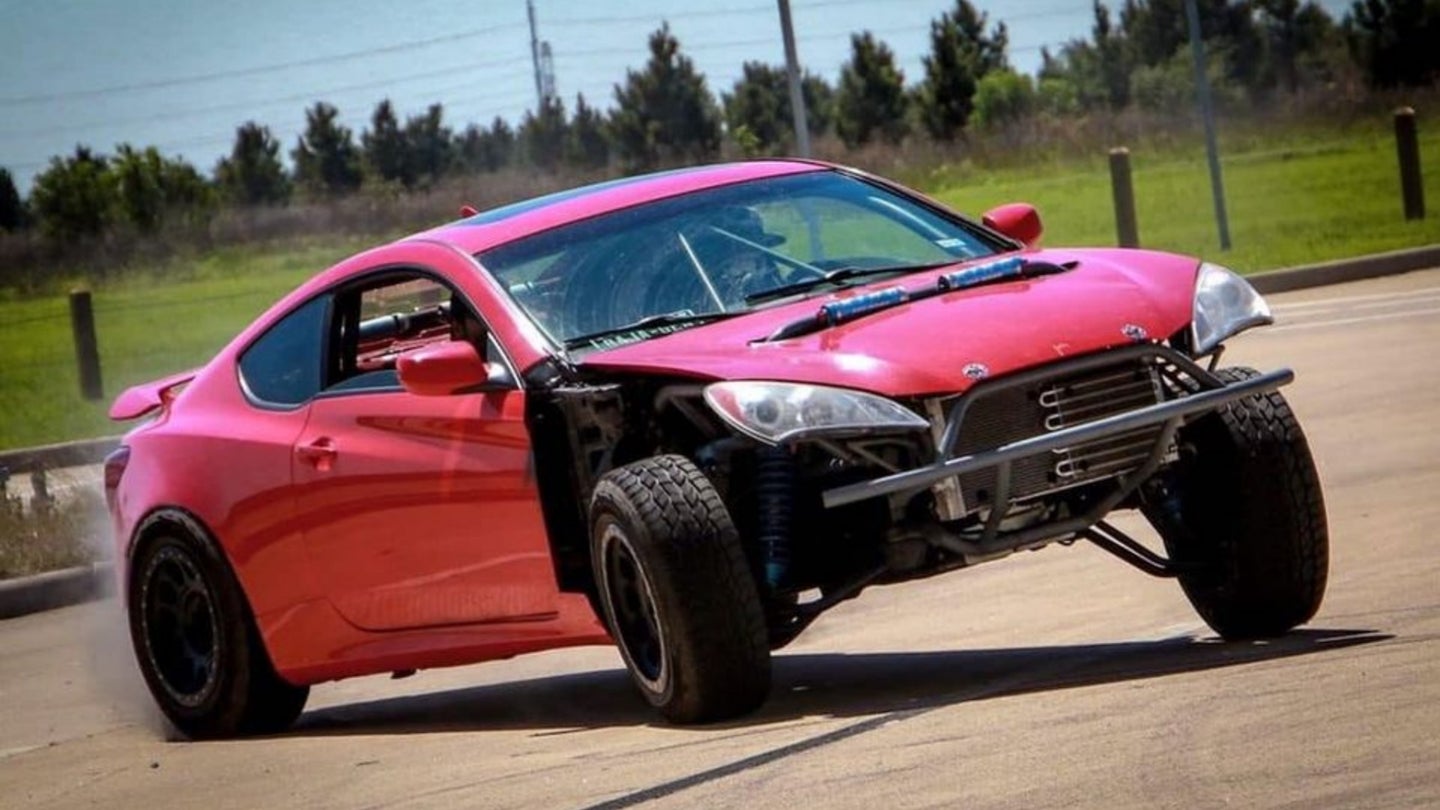 Baja builds are all the rage now. Porsches,

pickups, you name it and there's likely an obscure Baja build of it. However, we've yet to see a Baja version of a 2010 Hyundai Genesis coupe. What gives?

That is, until now. We have eyes and ears everywhere, and Facebook Marketplace has finally delivered the goods. Yes, it's a Baja version of a 2010 Hyundai Genesis coupe, but that's not the whole story. It's got an LS2, a six-speed manual and it looks just so.

I may have seemed excited to finally see a Baja version of a Hyundai Genesis Coupe before, but as to why the owner of this vehicle actually chose a Genesis as the basis for such a build, I'm not sure. What we do know is this thing has some tremendous specs. As mentioned before, the car has a 400-horsepower LS2 accompanied by a Tremec T56 six-speed manual transmission. Both of these parts were gathered as a unit from a donor '06 Pontiac GTO.

Power is sent back to a Ford 8.8-inch rear end with 4.10 gears, and the whole unit is held in place with a custom four-link suspension system. The front suspension is also claimed to be custom, and the King coilovers with external reservoirs mentioned in the description are visible in the photos. It's claimed that the vehicle has a total of 14" of suspension travel, which is definitely adequate.

As far as stopping goes, there are new Brembo brakes with a Wilwood master/slave cylinder. There's also a hydraulic handbrake; however, it apparently needs to be replaced. And speaking of things that a future owner may want to replace, the cage is apparently several different colors and the windows—lacking motors—do not go up and down.

And while the seller's Instagram account may be, let's use the word polarizing, the pricing is not. $15,000 for a build like this is pretty reasonable. The car has a ton of work done to it, good parts and you could remove the LS2 and T56 to make a little bit of money if you wanted to part it out—that is, if the Baja life doesn't suit you. After watching some videos of the car, you may want to talk him down on the price for a new set of rear tires, though.

Sure, it’s an Isuzu, but it’s a real factory-backed racer that won its class twice at Baja.

There Is Nothing More Hypnotic than Stabilized Baja Truck Suspension Clips

It takes a lot to keep trophy trucks stable while flying across the desert, but the end result is amazing to watch.