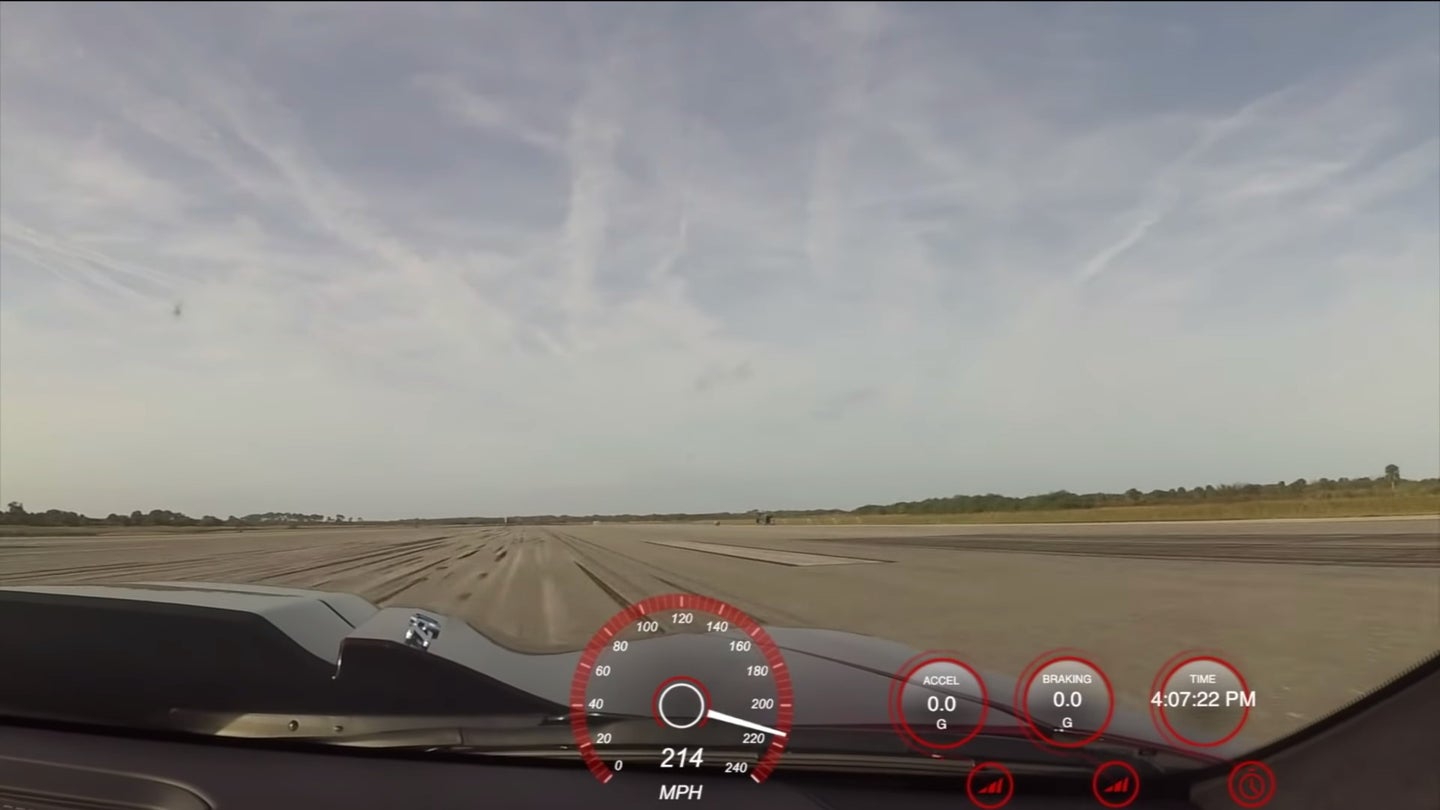 When launched in Dubai in 2017, Team Corvette said the ZR1 will do north of 210 miles per hour thanks to what they simply call the "big-ass supercharger." One still needs to choose the smaller wing with the low downforce package to get there, yet either spec you choose with your LT5 V8, the 755-horsepower Corvette will deliver. With the optional eight-speed automatic, the ZR1 has proven to do zero to 60 mph in 2.85-seconds, 192 mph in a standing mile and equipped with the TK performance package, even a 2:37.25 lap around Virginia International Raceway's Grand Course West layout. With that run, Chevy broke the Ford GT's lap record there by 1.37 seconds.

Chevy officially quotes 212 mph as a top speed, yet on a dry day over 2.7 miles at one of the world's flattest stretches of concrete, the ZR1 with an automatic can climb even higher.

The Johnny Bohmer Proving Grounds at Space Florida's Shuttle Landing Facility features a runway that's three miles long and 100 yards wide, having also been designed by NASA to have only a quarter-inch height difference from end to end. What's more, there's a 24/7 fire rescue station at the south end of the runway, which is designed to handle much larger accidents than what a fast car could get into.

With consistently low crosswinds and two south-to-north runs completed in sub-80-degree temperatures, the 2019 Corvette ZR1 reached 214 mph without using the absolute length of the runway. Still, given how the JBPG team runs test over half-mile, one-mile, 1.5-mile, 2-mile, 2.3-mile, 2.5-mile and 2.7-mile distances, the fastest Corvette had 53 seconds to show what's it got. On top of its 13 heat-exchangers, that is.