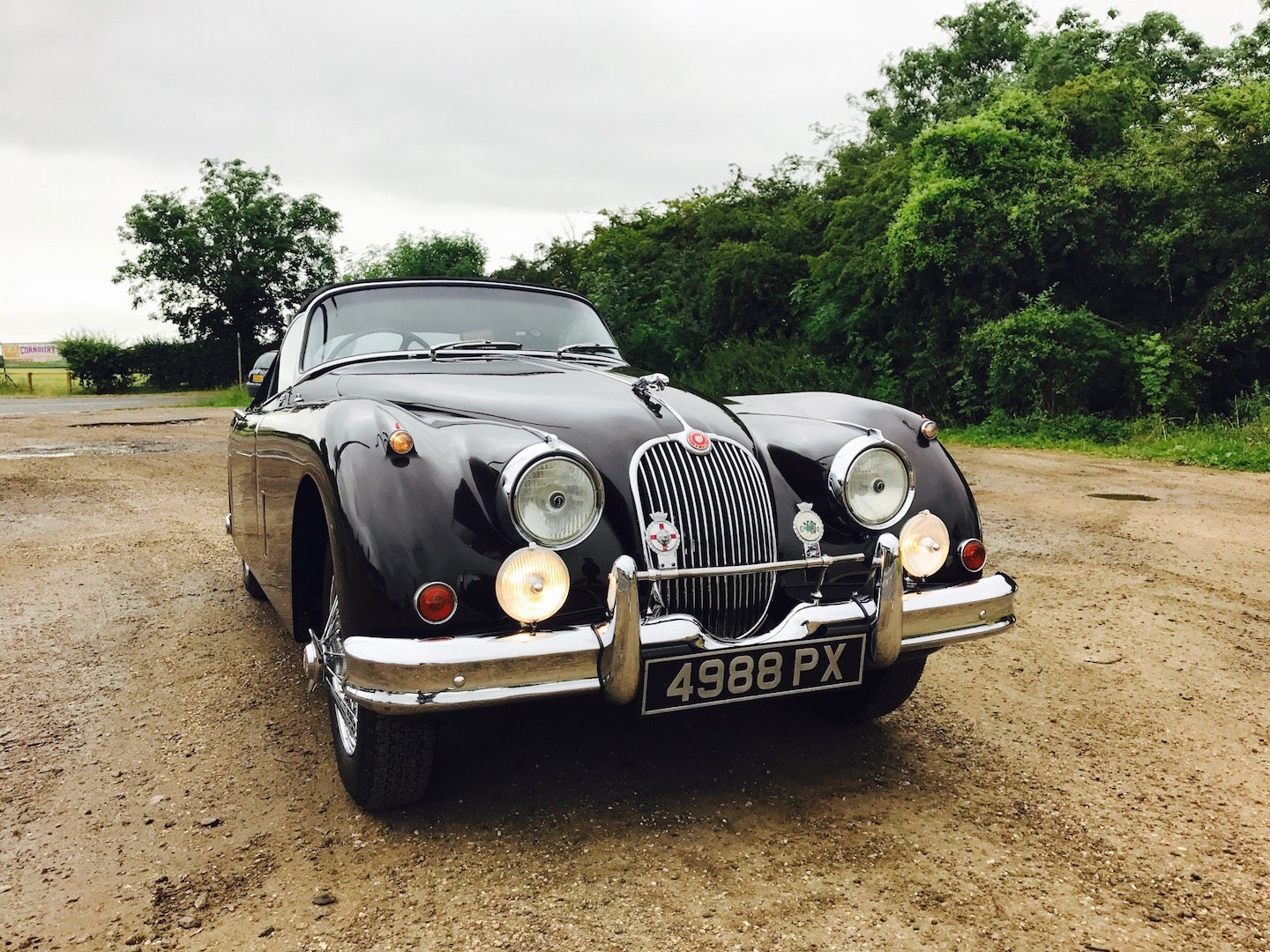 Yeah, yeah, yeah. It's July 4th weekend, the birthday of America, fireworks and all, the greatest and richest nation in the blah blah blah. I'm choosing to celebrate something built by the island nation from which we declared out independence 241 years ago this week.

In the days leading up to Goodwood Festival of Speed, Joe Eberhardt, the President and CEO of Jaguar Land Rover North America, was kind enough to lend me one of Jag's exquisite examples—in a deep navy blue—of the 1960 Jaguar XK150 S 3.8 Roadster.

This two-seater is the crown jewel of the XK150 line. Powered by a 3.8-liter evolution of Jaguar’s dual overhead camshaft straight-six, this engine managed to generate a blistering 265 bhp, or around 269 horsepower, and propelled the drophead to a top speed of over 135 mph—an irresponsible pace for any generation.

Sitting behind the wheel, the cockpit is simple as a car should be. The dash has an uncluttered array and a radio with a tagline—"His Master's Voice"—that sounds like a Led Zeppelin lyric. In motion, the car is a blast to drive—the opposite in every way from most cars that roll of the assembly line today: The road noise in deafening, the offset pedals torture devices, and the wheel about 45% too large. The steering is at times more of an implication than a command, and even though it has four-wheel disc brakes—a first for any production car—the stopping power in suburban London rush hour traffic kept my braking foot on its toes.

Introduced in 1957, the XK150 was a radical evolution inside Jaguar after the XK120 and XK140. The coupe and drophead coupé were available from the start, but the roadster—introduced in 1958—was the most popular.

In the Jag lineup of that era, there is nothing like the XK150 S. Or few things. It's power—translated through a four-speed manual transmission equipped with an overdrive—is shocking considering the era. While 269-hp in a modern world drunk on horsepower, the sound and sensation of speed in the XK150 S is a more modern sensation than you'll find in most sports cars. Power is a feeling, not a fact.

It’s Jaguar’s most powerful car ever.

JLR is investing millions in the ride-sharing and ride-hailing company through the carmaker’s InMotion tech subsidiary.