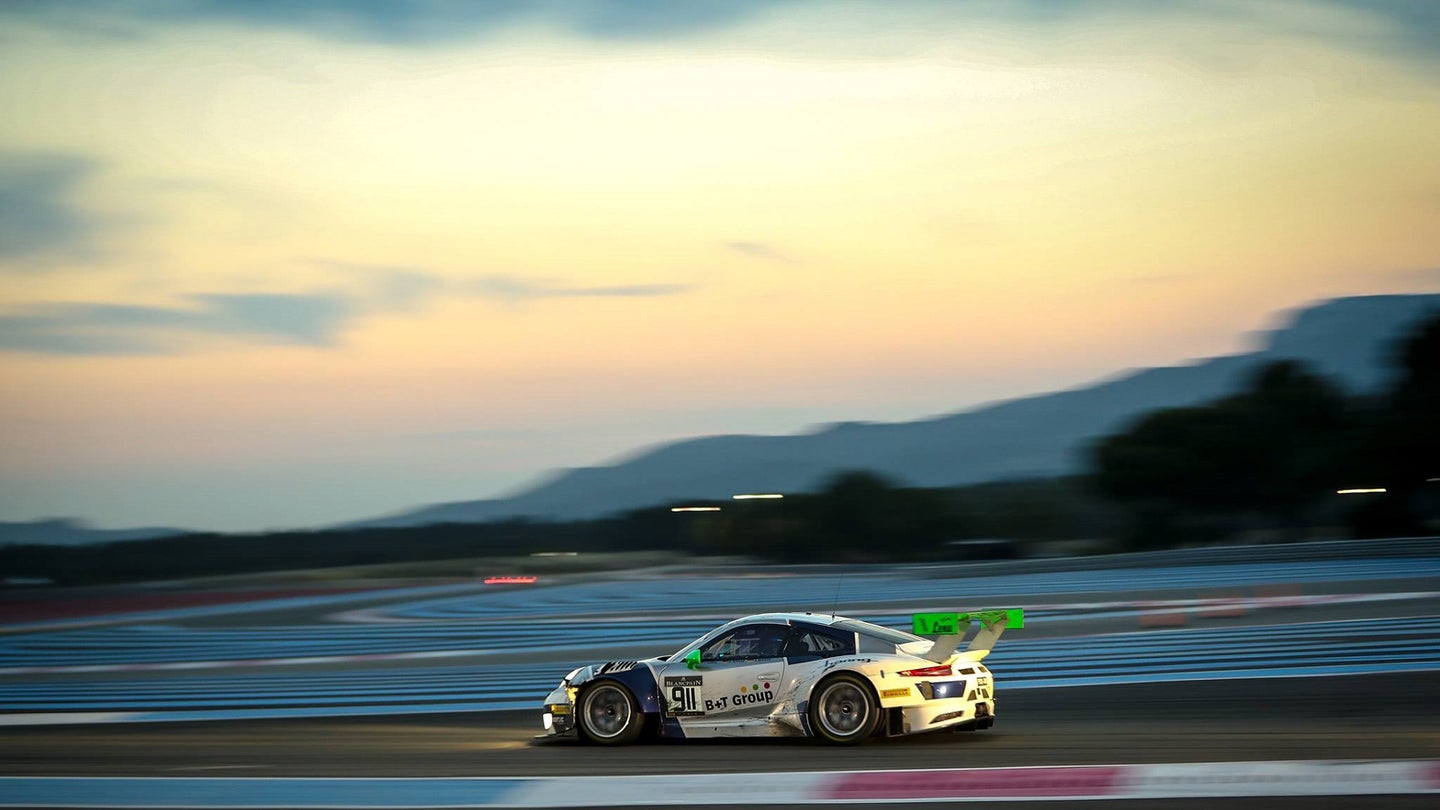 Ahead of the major 24-hour endurance event at the Spa Francorchamps circuit at the end of this month, two Porsche teams have announced they are preparing cars for the race. The official test day for the race is set for tomorrow, Tuesday, July 4th, and will feature over 60 cars. All of the regular Blancpain GT Series Endurance Cup competitors will be automatically entered, but due to the event's popularity in Europe, there are several teams who will be fielding cars not regularly in the series. In addition to the Porsche contingent, Good Smile Racing and Team UKYO will be coming over from Japan, Team ABT Bentley will be running in Blancpain for their first time as well.

The KÜS Team75 Bernhard will take on the pro category with some serious support from Porsche themselves. Bernhard is, himself, a two-time Le Mans endurance champion, but will not be joining the squad. Instead, the car will feature Porsche works drivers Michael Christensen, Kévin Estre, and Laurens Vanthoor. Vanthoor himself is from Belgium, and previously won this race at Spa in 2014 as an Audi driver. Laurens will be an asset to the team in this race, being that he has a lifetime of experience at this track, having raced here since childhood.

Herberth Motorsport will be fielding a pair of cars, also supported by Porsche factory ace drivers in the Pro-Am category. While they likely won't be fighting for the overall victory, stranger things have happened. In one of their cars is the team of Porsche Works driver Sven Müller, Porsche Young Professional Mathieu Jaminet, Daniel Allemann, and Ralf Bohn. The other car in this stable will host an all-German driver lineup composed of Alfred Renauer, Robert Renauer, Jürgen Häring and Porsche factory driver Marc Lieb. Lieb is the reigning champion of the World Endurance Championship for Drivers, outright winner of the 2016 Le Mans 24-hour race and he won this race at Spa in 2003.

The full entry list has not yet been published, but you can bet that other factory racing teams will dedicate similar assets in an attempt to win. Porsche has not won this race since 2010.

One Car Had A Shock Absorber Failure, The Other An Inopportune Tire Puncture, Both Ran To A Stellar Pace