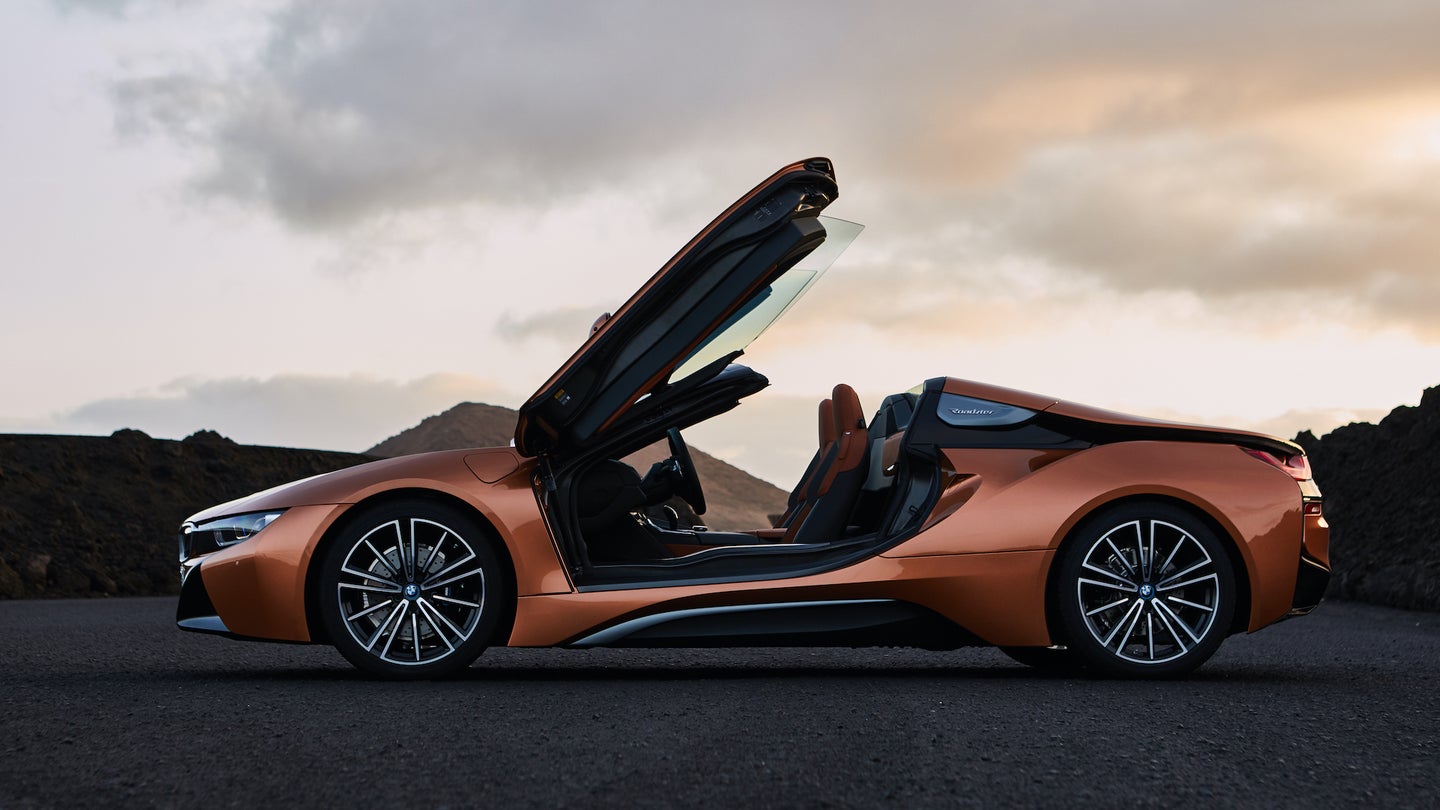 The BMW i8 is a masterpiece. In the late 2000s, engineers from the German automaker created a sonnet of motoring, carefully folding in the past with the future—sadly, it's a song which fell on deaf ears—meaning that it never performed or sold as it should've.

The 369-horsepower plug-in hybrid was the brainchild of a brand set out to prove that hybrid cars, even those powered by a turbocharged 1.5-liter three-cylinder engine, could be sporty. But consumers didn't care to listen, and the ultra-expensive i8, which started right under $150,000, sold less than 8,000 units over its six-year lifespan.

With the right powertrain, the i8 could have seemingly been a commercial success for the masses, though its odd placement in time, outlandish price, and the ultimate goal to be a bridge between BMW's rich past and electrifying future made that impossible from the factory.

Thankfully, the platform is becoming the subject of depreciation, and although still not cheap, it's certainly more attainable and available to become the subject of a dedicated swap project in someone's garage. As a result, it's time to look at the best swap for the BMW i8 that not a single soul has been brave enough to attempt—yet.

One of the most glorious 10-cylinder engines to have ever existed found life inside of the Lexus LFA. The Yamaha-developed 4.8-liter 1LR-GUE was a naturally-aspirated, quick-revving V10 that could reach its redline without a load in an astonishing 0.6 seconds.

BMW has had wildly popular success with its new twin-turbocharged inline-six. Coined the B58, it can be found in a myriad of new cars, including the BMW X4 M40i, the all-new BMW M440i, as well as the Toyota Supra.

With 382 ponies on-tap, the B58 is one of BMW's most stout modern-day production straight sixes, bested only by the high-performance S58. Sure, it's hard to best the suggestion of the LFA V10, but the B58 fits in perfectly for the purists.

We get it—LS-swap all of the things. And when an LS can't fit the bill, look to the Toyota 2JZ.

Both platforms have become synonymous with high horsepower swaps. GM's lego-like V8 is certainly a top contender, and Toyota's turbocharged tank can certainly hold its own when it comes to power.

The i8 first came to fruition in 2014, following its initial concept release in 2011, and visionary concept in 2009—right around the time that Tesla began producing its all-electric Roadster. Now, a decade later with new battery and electric motor tech, someone could bring the world the electric version of the i8 that BMW itself never could.