The chief of Mercedes’ AMG division is said to be Palmer’s replacement. 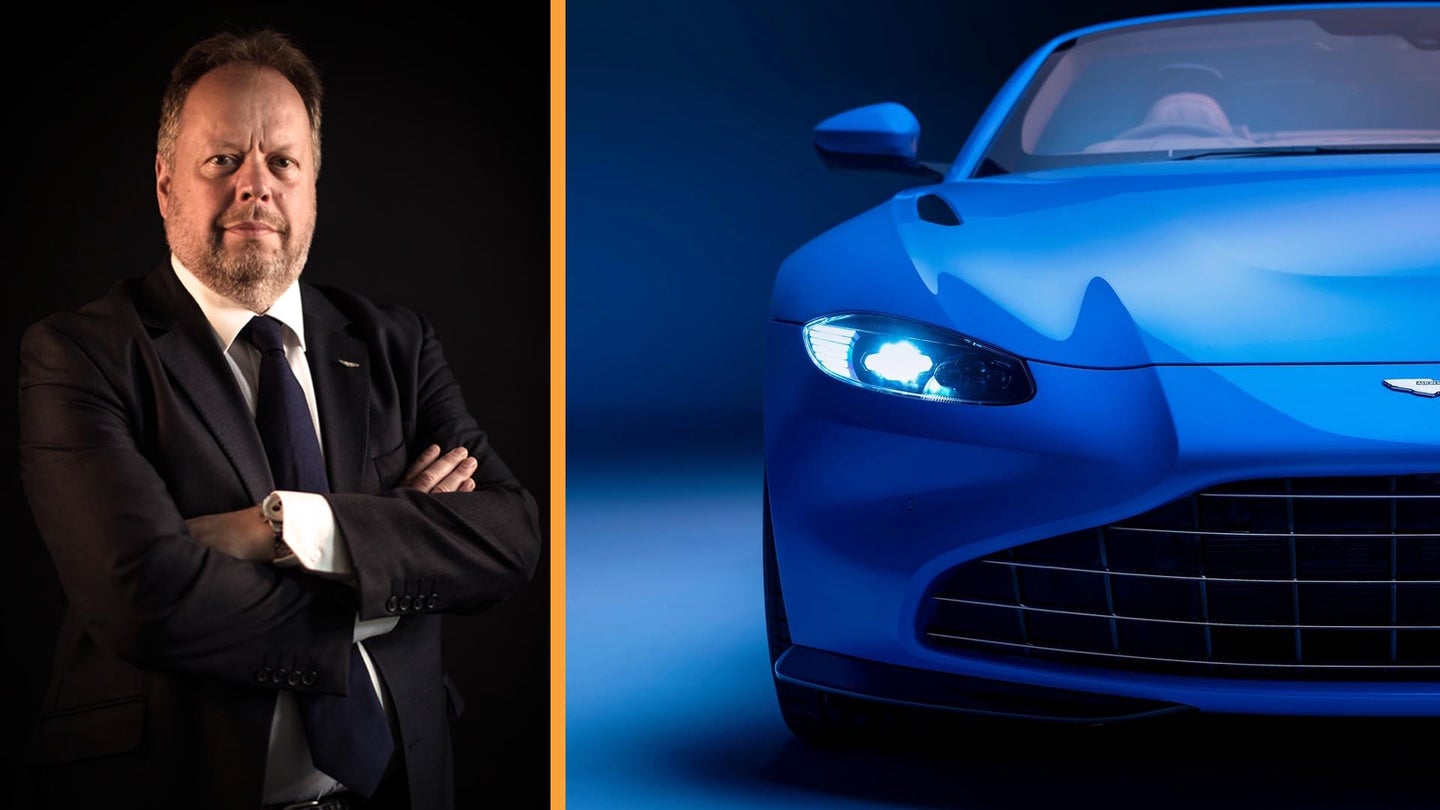 Andy Palmer, the British engineer and business executive who has served as CEO of Aston Martin since 2014, may be ousted this week as the automaker's new financial backers are apparently out of patience over its plummeting share price.

The Financial Times broke the story that Palmer was due to be replaced as early as Tuesday, reportedly with Tobias Moers, who currently runs Mercedes-Benz's AMG division. Emails from The Drive to both Aston Martin and Palmer seeking comment were not immediately returned Sunday afternoon. Update 3:30 p.m.: Officials at Aston responded and said the company "confirms that it is reviewing its management team and a further announcement will be made as and when appropriate."

The FT reports the automaker said “A further announcement will be made as and when appropriate," and that Palmer himself was unaware of the news and declined to comment further when reached by a reporter.

The move to replace Palmer, if it proves true, is not especially surprising given the company's financial struggles in recent years. The Guardian reports Aston's share price has fallen 98 percent since going public two years ago, and that it has been especially hammered by the coronavirus pandemic and uncertainty over Brexit before that.

Sales of its newest Vantage have been weaker than expected amid a global decline in demand for sports cars. The company lost £100 million (about $122 million) in 2019, and production of its new DBX crossover—a crucial volume-selling model that aims to do for Aston Martin what the Cayenne did for Porsche—was suspended at the worst possible time. The FT says Aston posted a £120 million ($145 million) loss in just the first three months of this year. It has seen various delays and cancellations of projects this year, including its Valkyrie hypercar racing program and future electric vehicles under the revived Lagonda brand.

Many of those changes were instituted with the arrival of Canadian billionaire Lawrence Stroll, who took the executive chairman title with a 16.7-percent stake in the company and an injection of approximately $240 million. Stroll's own Formula 1 team, Racing Point, will also rebrand as Aston Martin Works.

If Moers is indeed named the new CEO of Aston Martin, it will likely deepen ties between that company and Mercedes. Aston Martin has used AMG-sourced V8 engines in several of its cars in recent years, although it's recently announced a pivot to V6 hybrid engines built in-house.

Palmer was a longtime Nissan executive before coming to Aston Martin and is well-regarded for his enthusiasm for the brand, his intelligence and his savvy with the media. The first few years of his tenure at the company saw the beginnings of a turnaround, with strong sales and profits in 2017 and 2018. But it has struggled since then, especially with production, parts-sourcing and tariff concerns related to Brexit, and now with the pandemic that has effectively ground the global auto industry to a halt.

One thing is true: if AMG's man is taking the top spot at Aston now, he'll have his work cut out for him.