Would You Risk Your Life on a 55-MPH Electric Scooter?

Never before has there been a more inglorious way to yeet yourself into a telephone pole. 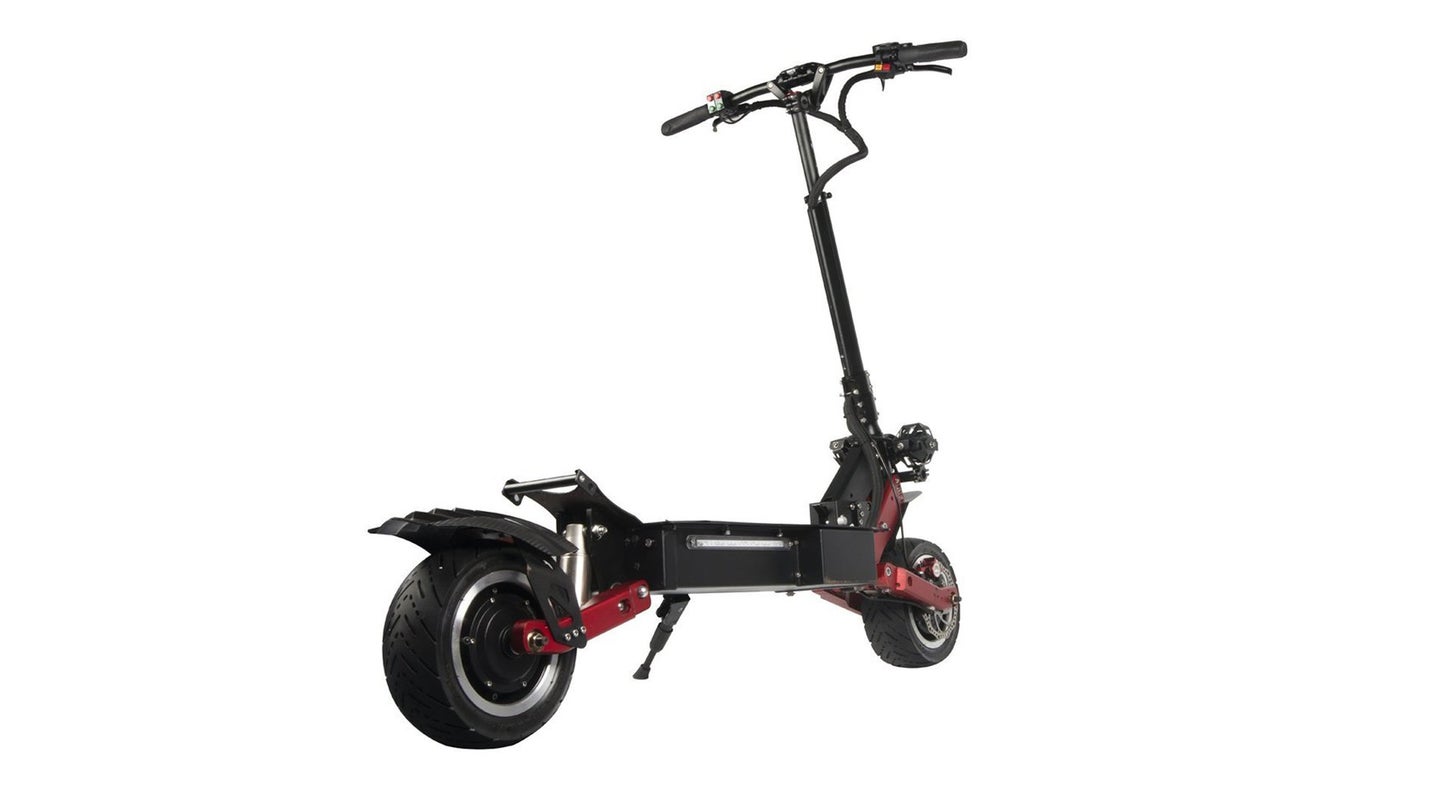 You may have heard something in recent weeks about a three-wheeled, 38-mph hazard called the D-Fly Dragonfly. Its British designer claims it to be the world's first "hyperscooter," and for this contraption, they want almost $5,000. It's truly absurd, however, to call the Dragonfly the world's first hyperscooter. A much faster machine has been on the market for months. It's called the Nanrobot RS7, and not only is it about $2,000 cheaper; it can hit speeds that'd make Andy Green pucker.

Nanrobot's RS7 (not to be confused for the Audi of the same name) features a single 3,200-watt (4.3-horsepower) electric motor on its rear axle, which can propel it up to a speed of 55 mph. That's almost twice the speed you're allowed to do on a moped in most US states, and more than enough to give you a legendary case of road rash if you hit a pothole large enough to swallow the RS7's 11-inch tires. Stopping before you hit said pothole may be a possibility, as the RS7 features disc brakes front and rear, each with drilled rotors for reduced weight.

Taking it easy on an RS7, as you'll be inclined to do anywhere other than the Bonneville Salt Flats, will let you eke out up to 45 miles of range from its 1,872-Wh battery, which takes up to 10 hours to fully recharge. Those 45 miles needn't be covered alone, either; RS7s have a payload capacity of 397 pounds, so if you have a friend crazy enough to ride along, you'll have company when you arrive for your unscheduled appointment with the county coroner.

This Tube-Frame, Carbon Fiber Merkur XR4Ti Widebody Is Cheaper Than a Nissan Versa