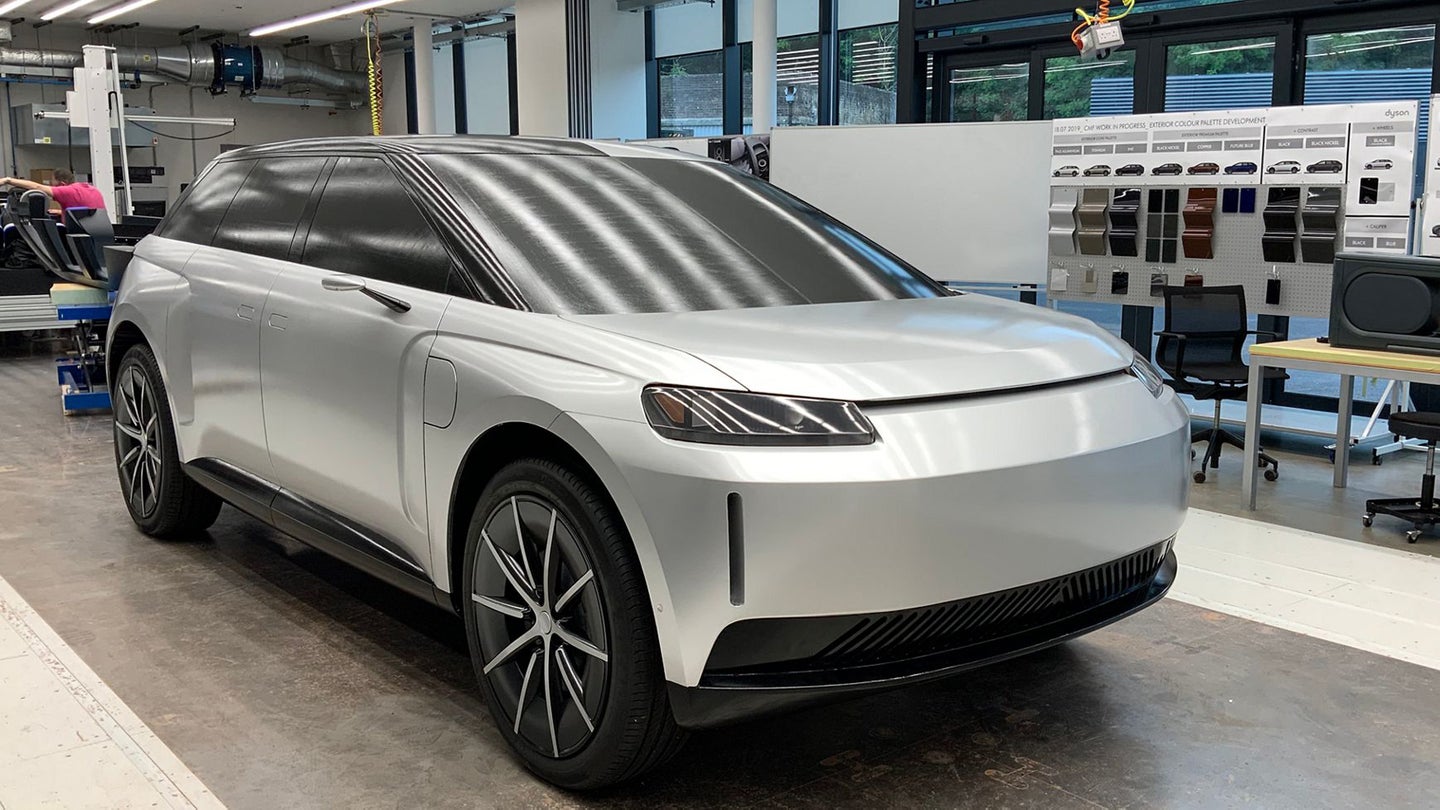 Good morning and welcome back to Speed Lines, The Drive's morning roundup of what matters in the world of cars and transportation. Today we're talking about vacuum titan James Dyson's attempts at breaking into the electric vehicle market, America's slightly rebounding new car sales and job cuts at the AutoNation dealership chain.

Engineer and entrepreneur James Dyson is the United Kingdom's richest man, because I suppose you can't count the royal family in that, and after building an appliance empire he aimed to branch into long-range electric vehicles. Dyson's plans were indeed ambitious, and the designs of the electric crossover itself seemed promising, if a bit bland.

But making cars is hard—the automotive sector is probably the toughest industry for a newcomer to break into. And earlier this year, after sinking $600 million of his own wealth into the project, Dyson called it quits. A new interview in the UK's Autocar dives into why this decision was made.

None of it is surprising: costs were far too high. And the coronavirus economy certainly didn't help things. But Dyson said the key to other new players succeeding in the EV space is getting battery costs down, specifically. From the story:

“The battery, I suppose. Batteries and battery cooling are enormously expensive, much more so than internal combustion engines. The rule of thumb is that you take the cost of the battery cells (and our car has 8500 of them) and double it for the electronics. Every cell has two laser-welded connectors. It’s madness! Then you have to cool them. Ironically, most of the cooling is only for the charging phase.

If you could overcome the technical issues around batteries, and make them cheaper, you could see a day when battery cars might be as cheap as ICE cars.”

This speaks to what Tesla and General Motors are both trying to do: develop new kinds of batteries that have cost parity with traditional fuel-powered engines. Once again, that seems to be the next big obstacle that startups and legacy automakers will have to overcome if widespread adoption of EVs is to happen.

Though the news cycle has been rightfully dominated by the ongoing demonstrations against police brutality, and though time moves in especially weird ways in 2020, we are still in an economic downturn thanks to the coronavirus pandemic. But across the U.S., cases and hospitalizations are down, businesses are starting to reopen, and we're collectively trying to ease back into normal—or at least, a new version of normal.

Automakers and dealers hope sales will pick up after a truly apocalyptic first few months of the year, even with all the aggressive deals and discounts out there. And Automotive News says that May sales indicate some gradual signs of recovery.

Don't get me wrong: sales were very bad! They were just less bad than they were in April. From the story:

With fleet volume depressed, light-truck and retail sales are driving the rebound.

"What was becoming evident in late April became clear in May: The automotive retail market is recovering thanks to retail demand that re-emerged after being locked out of the market during the height of the crisis," said Zo Rahim, an analyst with Cox Automotive.

The American automakers report their numbers quarterly now, and we know they've been underpinned by strong truck and SUV sales. Also, that story says average incentives are up to $4,526 last month, a 21 percent year-over-year increase. Once again, if you can afford a car and are fortunate enough to be confident in your financial situation, now's a great time to buy.

AutoNation Jobs Not Coming Back

But the recovery will be long and slow. And very sadly, a lot of jobs that existed before the downturn won't come back even as the recovery starts. That's the case at retail giant AutoNation, which furloughed 7,000 workers back in April.

Now Automotive News reports that fully half of those furloughs—3,500 people—will result in permanent layoffs. Those jobs include positions in corporate, sales, operations and more. The company has also frozen hiring like many employers across the country.

One exec said "We have made strategic adjustments to capitalize on the digital marketing and website actions," which to me feels like an admission of the accelerated shift toward online car buying that dealers were slow to implement before, but had to in light of the pandemic. A new age of car buying is about to begin, but it may not need as many people to make it happen.

How Many U.S. Workers Have Lost Jobs During Coronavirus Pandemic? There Are Several Ways to Count (WSJ)

Scammers Love a Crisis. Here’s What You Need to Know to Protect Yourself (The City)

We're All Living In The Cool Zone Now (Vice)

Once again, I'll ask if you bought a car recently, or are planning to soon. What kind of discounts did you get, or what are you hoping to get?