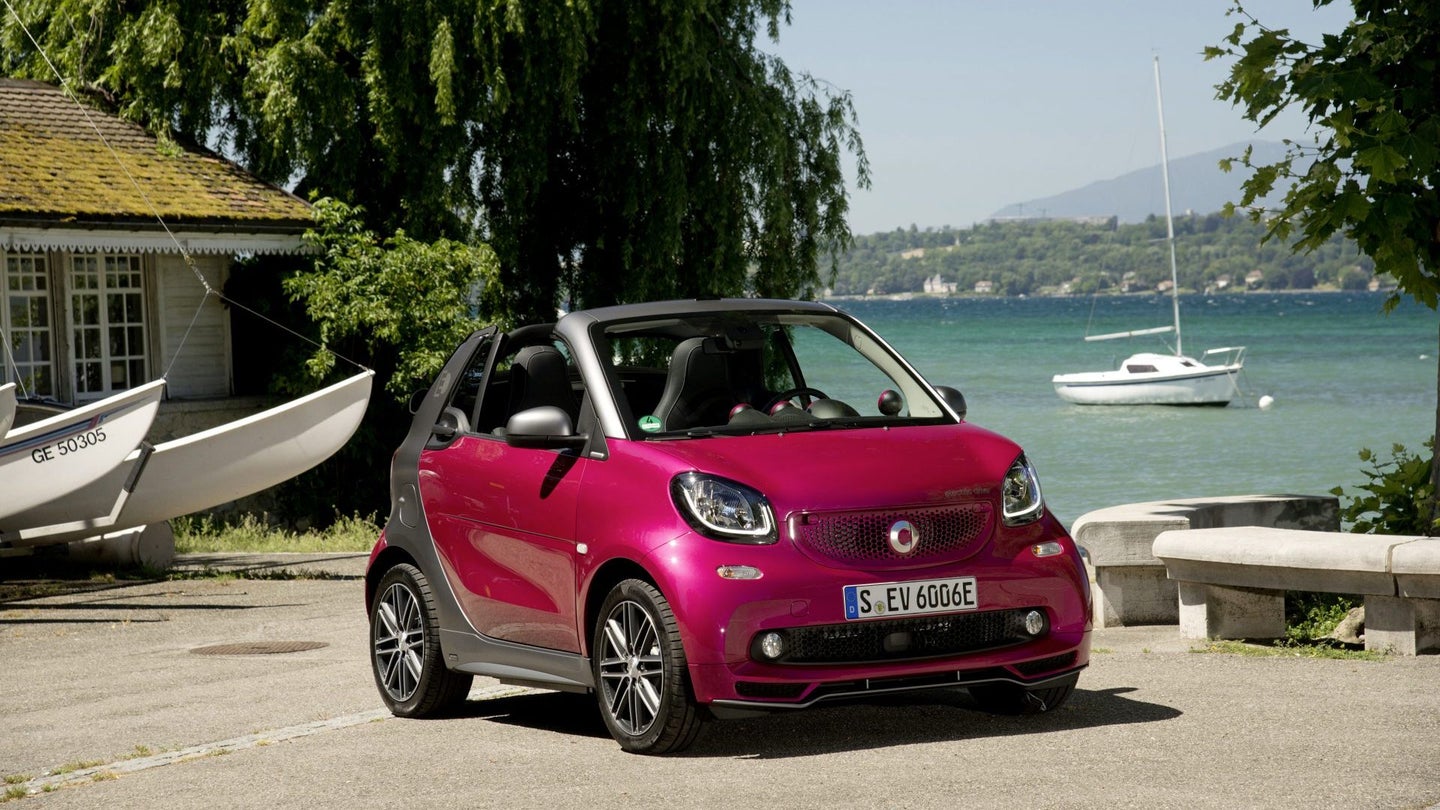 Back in 1998, Daimler created a spin-off brand known as Smart, the primary product of which is the cutesy Fortwo. So named because it fits two people, and not much else. While the Fortwo was designed with cramped European streets in mind, the early 2000's saw grey market importers bringing them stateside. In 2008, Daimler officially started selling Smart Cars in the U.S.

The Smart Fortwo is built on compromise. At the expense of speed and comfort, it is about the smallest, lightest thing that can legally be called a car. The main selling point of the Smart Car is that it can squeeze into spaces that other cars simply can't. Tricky parallel parking jobs are a breeze in the Smart. The 2009 Fortwo also had a retail price starting at around $12,000. A comparable cost to bare-bones cars like the Chevy Aveo. It's a small niche, but if you were a city-dweller looking for cheap, efficient transport, and you were not concerned about carrying much of anything, then the Smart Car was a perfect fit.

Skip ahead to 2018, and Smart has decided to discontinue the sale of any gasoline cars in the U.S. All that leaves is the Fortwo Electric Drive, or ED. While such a dedication to electric vehicles may seem like a step into the future, the actual product seems dated and lacking. The ED comes with all the shortcomings of the original Smart Car while improving on almost nothing.

The most glaring flaw of the Fortwo ED is, of course, it's battery range. The official number from Smart is 58 miles, making it functionally useless as a primary car for many drivers. If your daily commute is more than 25 miles, then there better be a charging station available at your workplace. That, combined with a three-hour charge time, would stretch the four-hour drive from Charlotte to Atlanta to well over 12 hours.

The ED was developed in conjunction with Tesla, so it at least must be fast, right? Nope. The zero-to-60 time is about the same as the old Smart, and top speed is governed at 80 miles per hour. With all this compromise, the Fortwo ED is at least cheap, right? Wrong. MSRP is $23,900. More than $10k over the price of the 2009 Smart. While the ED is currently eligible for a $7,500 tax credit, who knows how long that will last? Paying 25 percent more can get you into a 2018 Nissan Leaf, which can carry four people, and go 150 miles on a single charge.

If Smart were simply offering the ED as an alternative to their gas cars, I wouldn't have much of a problem with it. Unless your name starts with E, and ends with lon, it doesn't seem like a grand idea to put all your eggs in the electric basket. Especially when that basket has a range of 58 miles. This new Smart Car is not versatile enough to be an only car, and is way too expensive for what it offers. From where I'm standing, the Fortwo ED seems like a car that was specifically designed to appeal to no one.