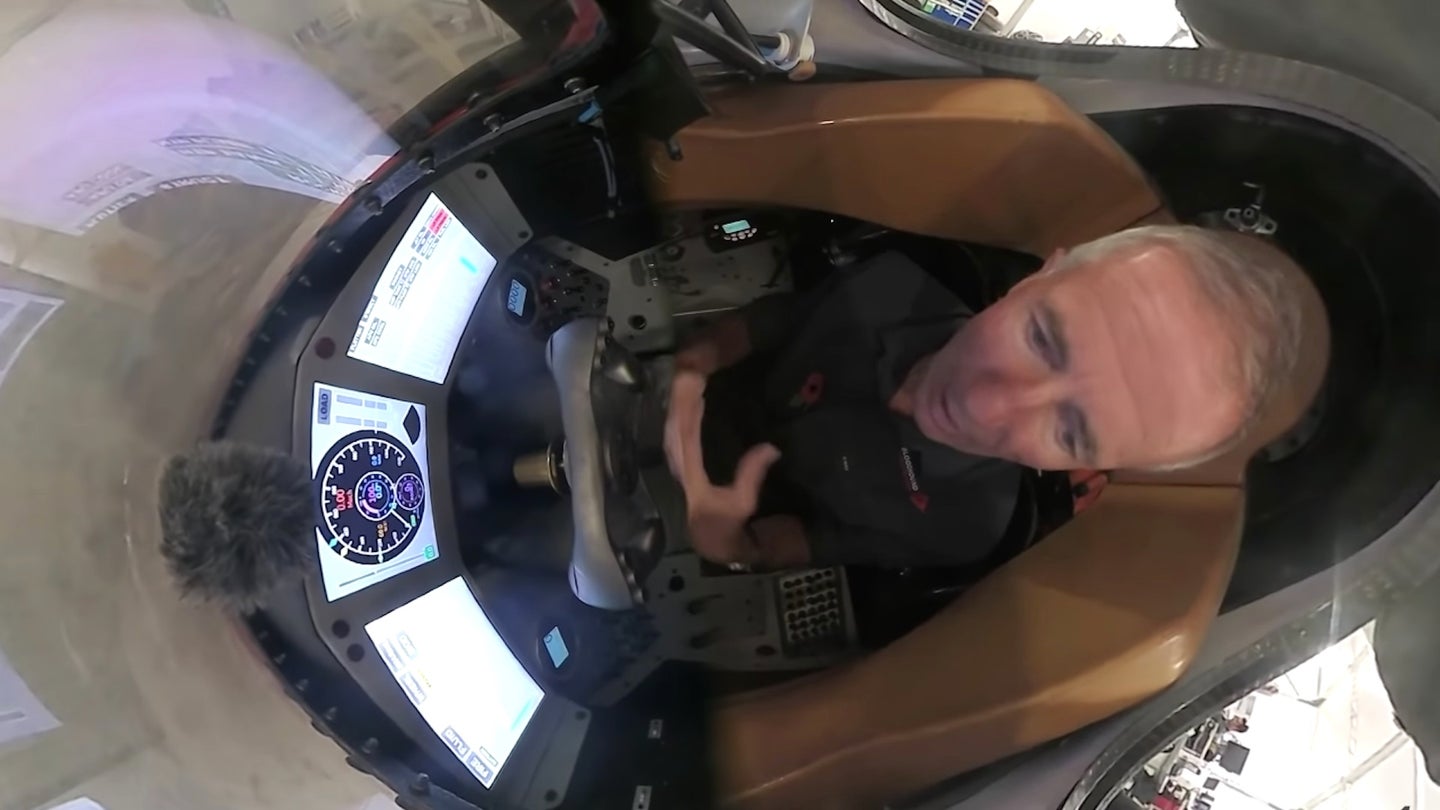 Less than a year after the Bloodhound SSC program ran out of cash and briefly rant to a halt, the Britain-based outfit's bid to shatter the land speed record is back on track and currently on testing duty in the Hakskeenpan desert of South Africa. For weeks now the renamed Bloodhound LSR has been undergoing shakedowns in the hands of pilot Andy Green, who already reached the speed of 500 miles per hour in the vehicle last week. However, man and machine have a long way to go before they reach the program's ultimate goal: steamrolling the land speed record.

Piloting the Bloodhound LSR to its intended top speed of 1,050 mph can't be performed with parts plucked from a Honda Civic, of course, making us wonder what the controls of a machine built to be the world's fastest car look like?

Wing Commander Andy Green revealed exactly that in a video uploaded to the Bloodhound program's YouTube channel, where he takes viewers on a tour of the purpose-built cockpit, which he calls his "supersonic office."

Green explains that since he'll be the only person operating the vehicle at the limits of its capabilities, the Bloodhound LSR's cockpit was built entirely to his preference. That means that every control has to be within reach, and its position must make sense. To Green, this means a reasonably conventional setup: Go-fast controls on the right,slow-down controls on the left, akin to the throttle and brake setup on a conventional car. Dead center is the steering wheel and displays, which track the Bloodhound LSR's speed and heading, the latter of which is helpful for holding skids at hundreds of miles per hour...as Green claims he has already had to do.