This Audi RS6 driver did, and now they’re wanted by the law. 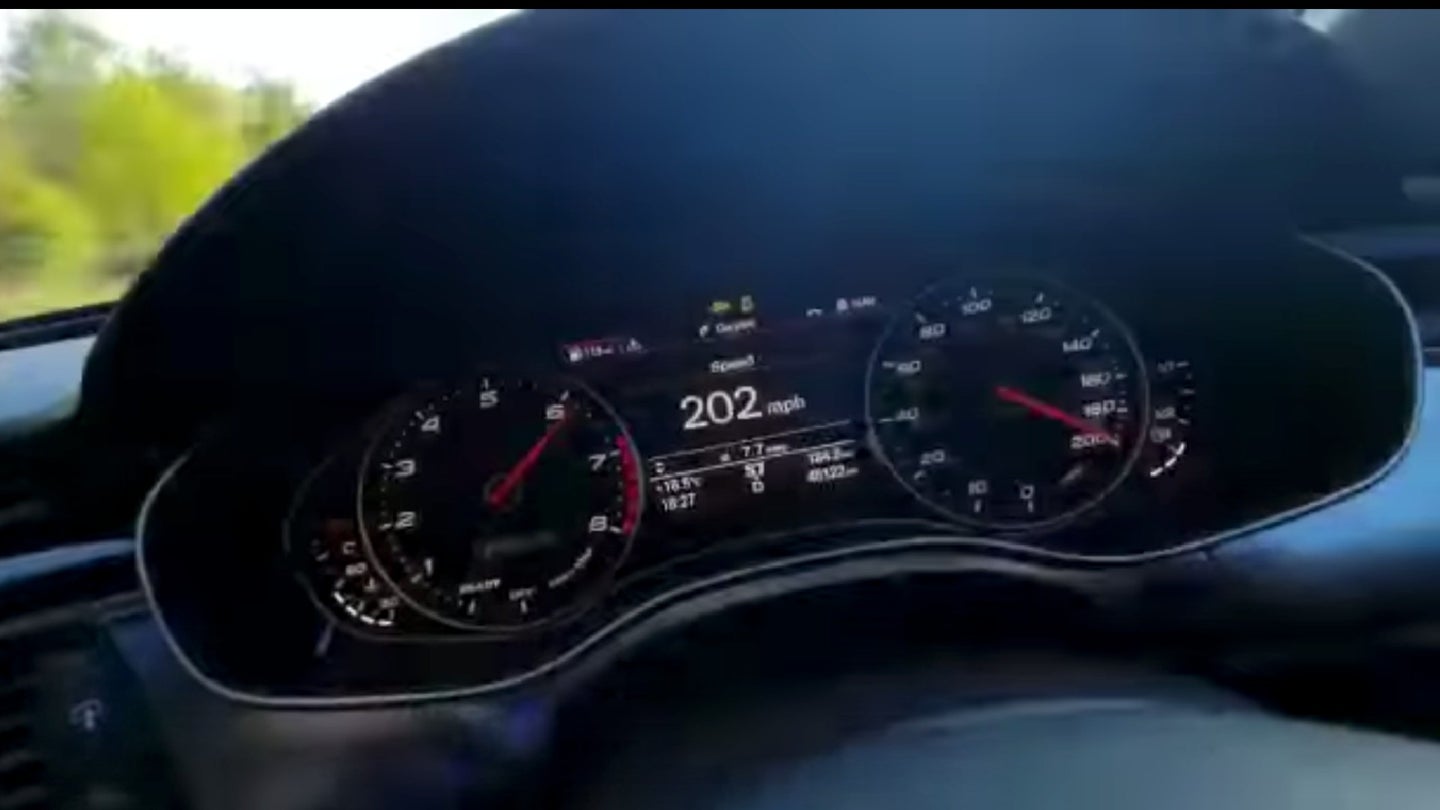 It's no longer news that texting while driving is incredibly dangerous—it's common sense. What's more, filming a high-speed run with one hand on the wheel and the other on your iPhone is on another level of stupidity. That didn't stop this Audi RS6 driver from mashing the accelerator and videoing their drive to 200 miles per hour on a public British roadway, though. And if that wasn't brazen enough, the clip was then uploaded to Twitter for everyone to see.

Police are now looking for the daredevil who drove 202 miles per hour on the M23 south of Crawley, as The Sun reports. Luckily, few cars were on the road thanks to most folks sheltering-in-place, allowing the Audi driver a mostly open stretch of highway to perform their antics.

Judging by the interior shown in the video, the RS6 is a C7-generation model that makes 553 brake horsepower and 516 pound-feet of torque from a twin-turbo, 4.0-liter V8. Normally, the car's top speed is limited to 155 miles per hour, though fitting it with the Dynamic Plus pack ups that number to 189 mph. It's possible that the electronic limiter could've been deactivated for this run, enabling it to surpass the 200-mph barrier.

The video is as wild as you'd expect, with the car starting at more pedestrian speeds and blasting off in a matter of seconds. Although there was relatively little traffic to maneuver around, the Audi still had to dodge and dash around cars that were like sitting ducks on the highway.

This is just one in a list of many high-speed crimes that have taken place since roads across the world have become relatively empty. Whether its door-to-door street racing or donut-crazed sideshows, enthusiasts the world over are wreaking havoc on city streets and major roadways. If you're going to drive fast, do it somewhere that's better suited for high-performance driving. Y'know, like the track.