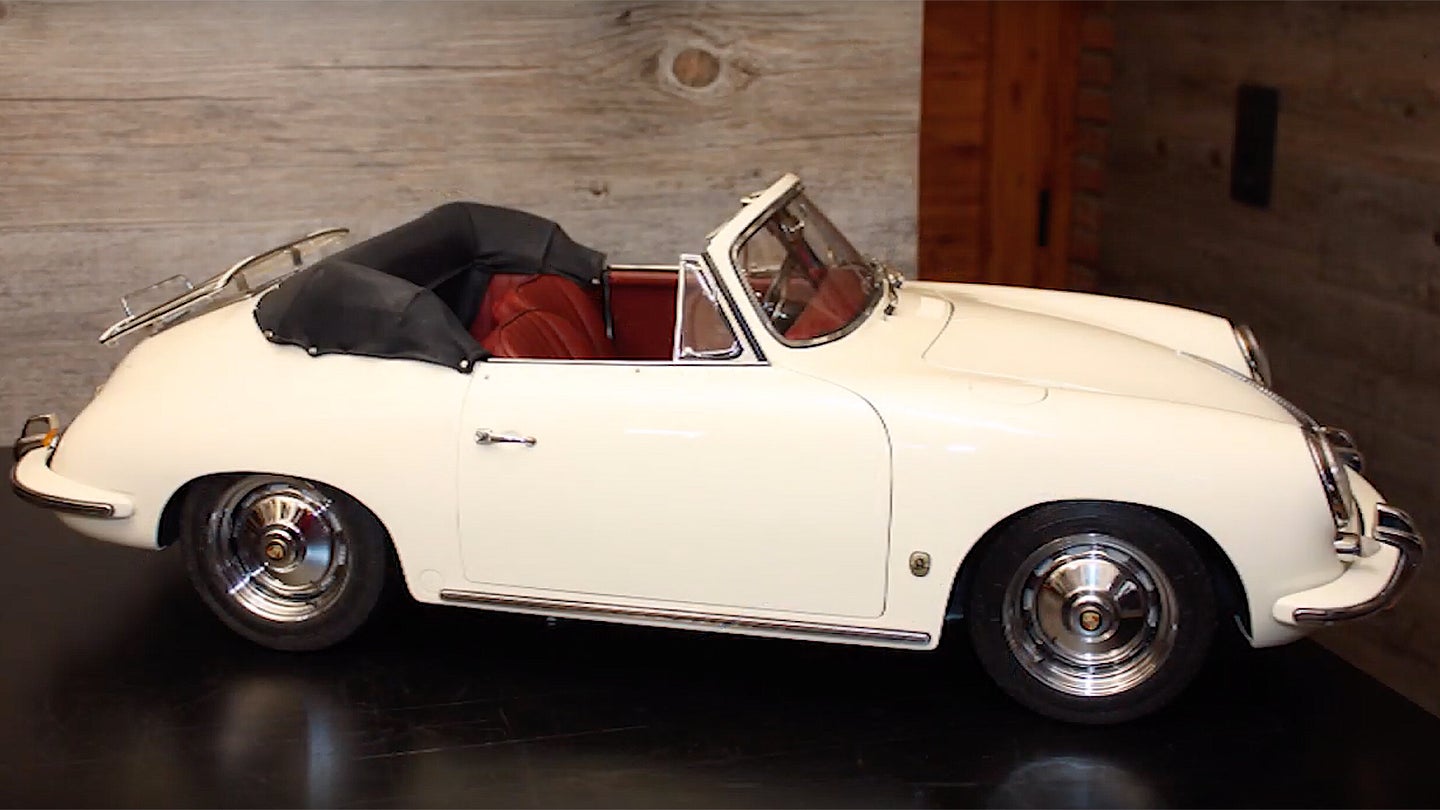 Too many classic cars have become so valuable that only one-percenters can afford to park them in their garage. Scale models have always been a way for enthusiasts to get their hands on pieces of automotive history, but many are just hunks of plastic or metal without much detail. That is very much not the case with this impeccably-crafted Porsche 356 recreation, though, as it looks to have more moving parts than we’ve ever seen in miniature.

The piece is a 1:6 scale reproduction built by Jordi Reixach Rodriguez who specializes in dead-on scale models. This Porsche has everything that the original car would, down to bits like a working turn signal stalk, operational fuel door, sliding seats, a tiny key, and functional door handles. Located in the frunk is a "full-size" spare with a genuinely tiny tool kit, supposedly wrapped in actual leather alongside the tire strap. The wing windows, ashtray, and steering wheel are all easily toggled, and you can even stash your tiny driving mitts in the glovebox like some kind of highfalutin Stewart Little.

The one thing Rodriguez's projects don't feature is an engine, presumably because the time required to craft a 1:6 scale powerplant with the same level of precision and detail seen on the rest of the car would triple the build timeline. When the rest of the model is this functional, down to the working tire iron and lug nuts if you want to swap in that spare, it's hard to complain.

Rodriguez has been building exact model replicas for some time, and in the description for the original video of the 356 seen below, says that the master craftsman "takes the original measurements of the real car and makes the miniature version piece by piece, in this case the model is made of a Porsche 356 - 90 Cabrio model, at 1: 6 scale." According to an answer Rodriguez gave on Facebook, each car takes up to 2,000+ man-hours to complete as each part is milled, machined, sewn, and/or assembled by hand.

As cool as it is, it's not the only incredibly detailed replica out there. The Pocher company, which was based in Italy, produced 1:8 scale models of vehicles from Mercedes-Benz, Rolls Royce, Fiat, Bugatti, and others during the 1970s. The company used actual factory manufacturing plans to create models that looked and felt every bit like shrunken versions of the real thing.

If the Porsche isn't your thing, Rodriguez has also built a Mercedes-Benz 540K, a Hispano Suiza T16, a Hispano Suiza H6C, a Ferrari 275 GTB, a Bugatti Atalante, an old-school Chevrolet Autobus, Autobus Barreiros Saeta 35, and a Bentley R-Type Continental. Pricing is available upon request, though given the artist doesn't share it publically, we're assuming it's a little more expensive than your average Hot Wheels.