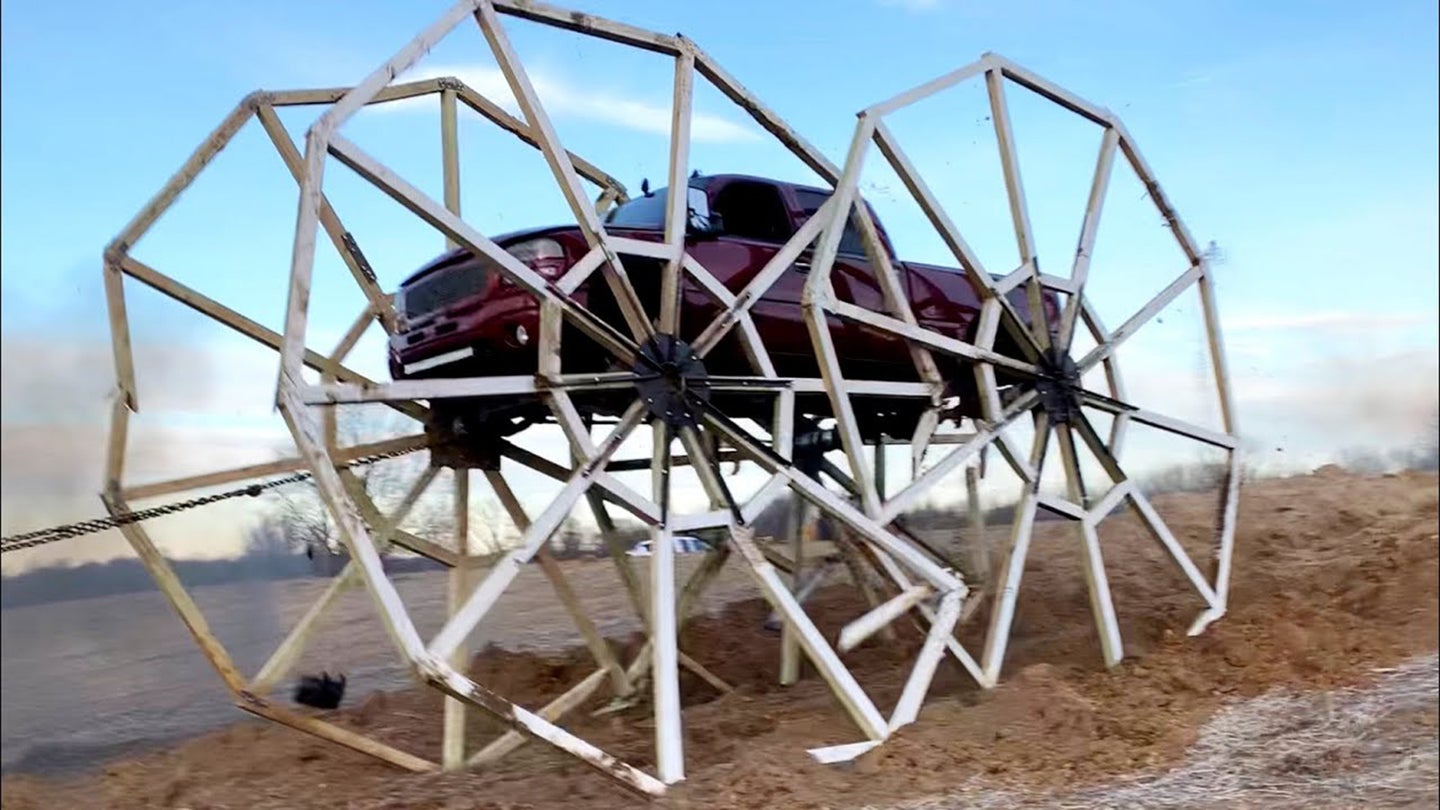 The YouTubers at WhistlinDiesel have made a name for themselves by strapping unlikely and downright dangerous-looking contraptions to normal vehicles like pickup trucks and quads. This time, their experiment didn’t go so well, but there was never much hope for it anyway. Using the same truck that we saw last week sporting square wheels, the guys construct what looks like a set of oversized 20-foot wagon wheels using a pile of lumber and some metal bracing.

Despite the crew at WhistlinDiesel seeming like a bunch of country boys hooning trucks around cornfields—which they are—their creations are surprisingly well-thought-out. We can see in the video that the group cleverly digs trenches to help fit the massive wheels, though there was some danger in the fact that their supports for the trenches started caving in once they drove the truck over top. The wheels are so big that the rears had to be offset to even fit on the truck, but it’s clear that there’s not a lot of stability when the thing starts moving.

Even with all of that planning and execution, the truck doesn’t make it very far. While being towed out of the trenches, the wheels collapse, and the truck comes tumbling down with them. Unlike the crew’s previous stunts in the GMC that surprisingly ended up being (mostly) fine, this one appears to have done a number on the ol' diesel pickup. We can see the sides of the truck are smashed up, and the stunt left pieces of the GMC’s driveshaft scattered across its path.

There’s not much worry in the hosts’ voices as they unceremoniously use a front loader to yank pieces of the mangled wood wheels off the truck. They note that there were several days of hard work put into the project that ended in less than a minute, but it seems as if they don’t care too much that the truck itself is thoroughly banged up. Of course, with nearly 1.1 million views on this video alone, we’re guessing it was a worthy trade-off for internet fame.