Not bad for “entry-level.” 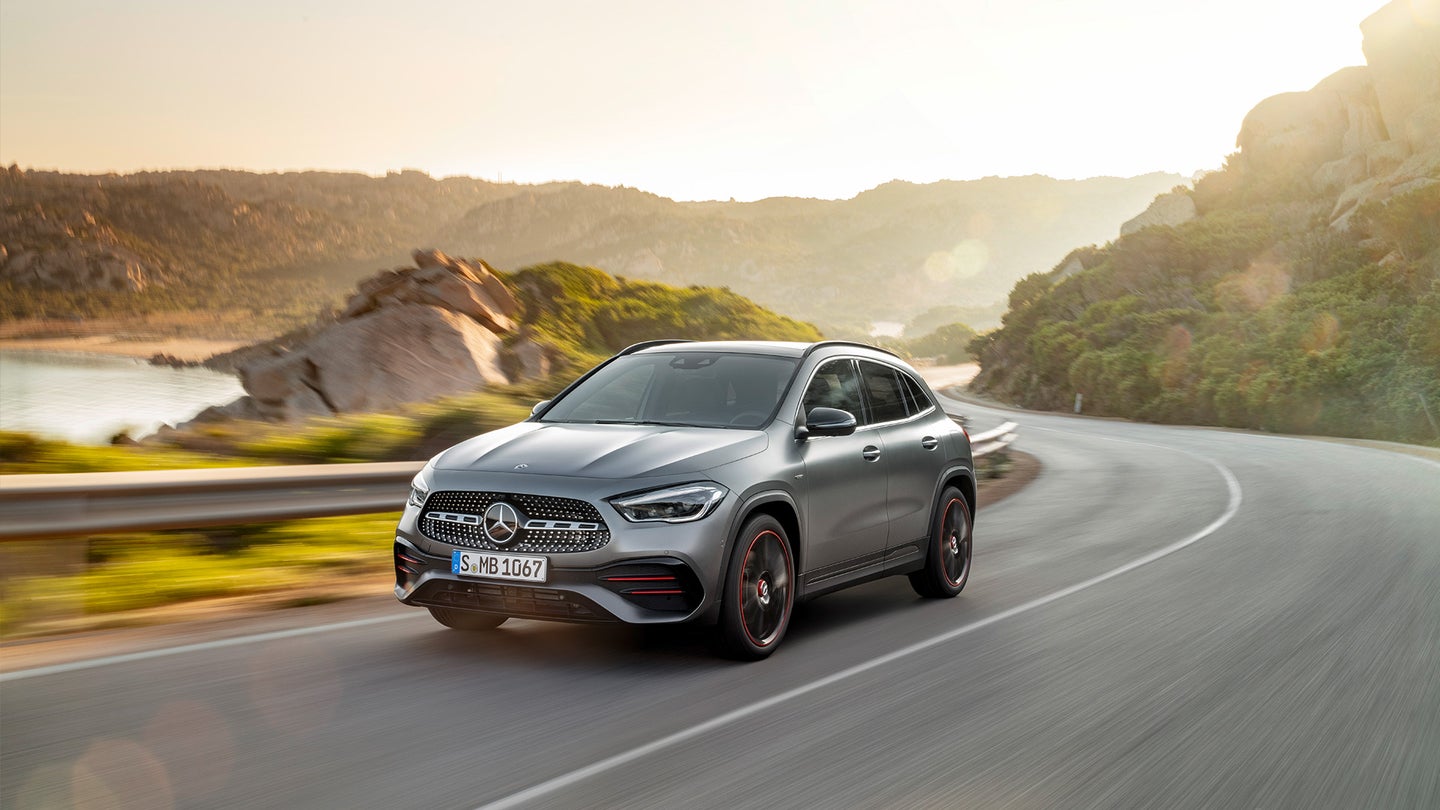 It's no secret that America loves SUVs. Automakers like Mercedes-Benz are well aware of the insatiable appetite of the affluent American consumer, and for years it has heavily invested into its lineup of luxury SUVs which now fill the driveways of suburban communities everywhere. On Wednesday, Mercedes announced that it would be breathing new life into a model that's done quite well in the United States: the GLA-Class.

All-new for 2020, the GLA (and GLA 35 AMG) offers a more refined look. Its body lines have been made more coupe-like and sporty, allowing the vehicle's shoulders to be broadened and its height significantly increased while decreasing its overall length, which Mercedes says that were specifically update to address convenience factors. Its front and rear fascias have also been updated to fall in-line with the automaker's new design language, making the SUV have a more regal appearance.

Spring for the AMG variant and accentuate the luxury look with a stronger sense of athleticism. A completely reworked grille with a lower appearance, modern lines, and powerful red accents bring out the SUV's youth, while a roof spoiler adds a touch of aggressiveness.

“The new GLA embodies the perfect synergy between pure beauty and robust off-road elements,” said Daimler's Chief Design Officer Gorden Wagener. “With it, we are carrying the dynamic SUV forward into the future of modern luxury.”

Mercedes says that the GLA is positioned into its lineup as the "sporty brother" of the seven-seater GLB; as more of a lifestyle-oriented go-getter rather than focusing on being a family hauler. Realistically, this means that the GLA will fall into place as the entry-level member of Mercedes' family of SUVs.

Mercedes kicks off the Americanized version of the GLA with a 2.0-liter turbocharged four-cylinder that pumps out a modest 221 horsepower and 258 pound-feet of torque. Power is delivered to the front wheels via an eight-speed dual-clutch automatic transmission that helps it sprint from zero to 60 in 8.6 seconds. An optional 4Matic all-wheel-drive system is also available for those who live in less than ideal climates.

The more robust powertrain found in the AMG GLA 35 increases the output of the four-cylinder to 302 hp and 295 lb-ft of torque. The AMG variant is only available with Mercedes' 4Matic drivetrain and shaves a significant portion of the zero-to-60 time off, completing the task in a mere 5 seconds.

Mercedes says that a hybrid version of the GLA is already in the works for future models. It will also introduce its fully electric EQA in 2020 and says to expect further details later.

The GLA will hit Europe first in spring 2020, followed by a stateside release in the summer. Pricing has not yet been announced.

The 2020 Mercedes-Benz GLB Is a Seven-Seat, Off-Road-Ready Compact SUV

The new GLB wants to be the lifted, slightly more high-riding “wagon” of people’s dreams.

The so-called “S-Class of SUVs” enters its third generation packing loads of amenities and power for the elites among us.