A production version of VW's futuristic wagon-slash-crossover is set to touch down on Earth in 2021. 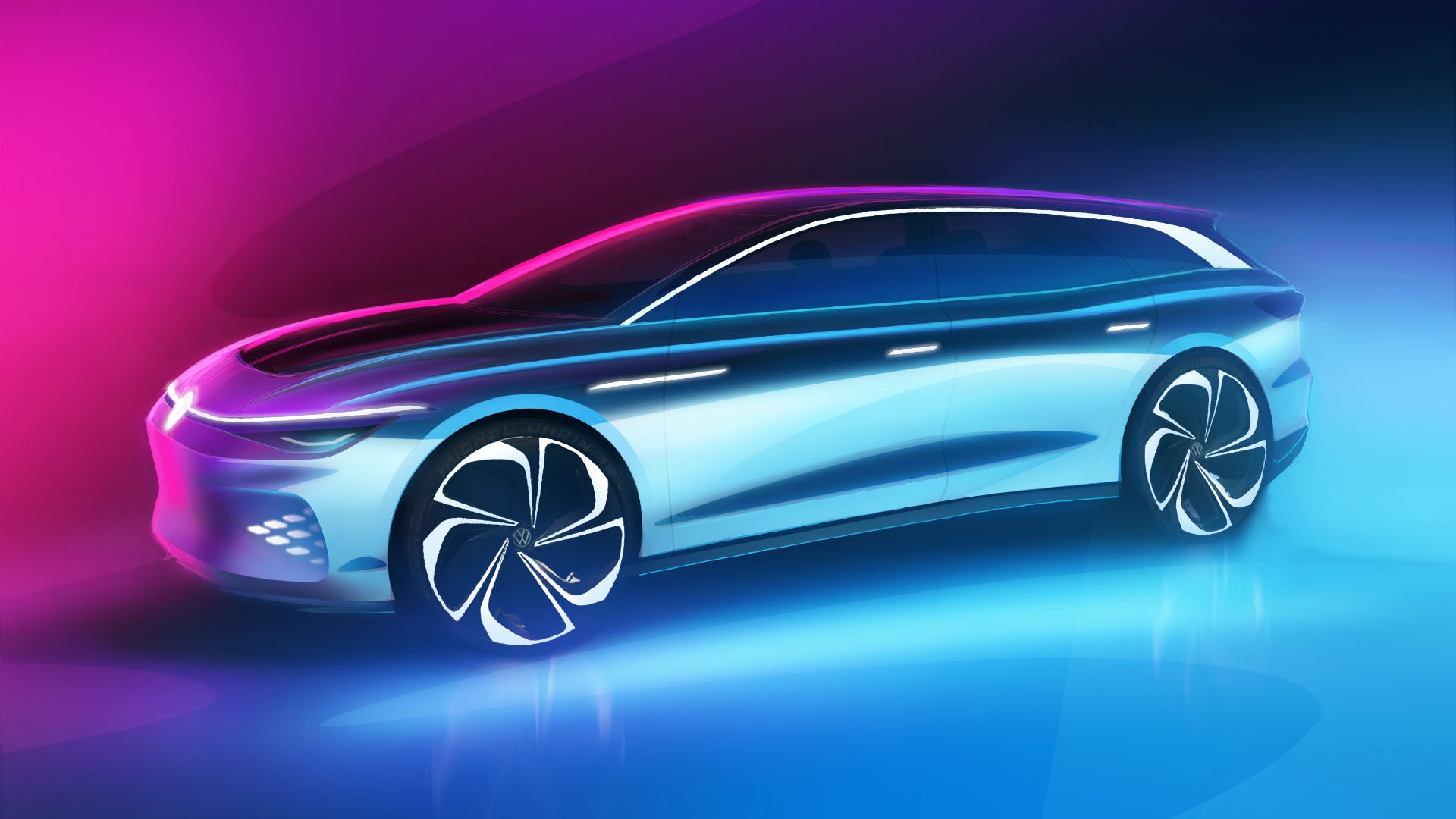 Volkswagen is adding another horse to its stable of electric concept cars that are supposedly set for launch in the next few years. Earlier this week, the company teased the ID. Space Vizzion Concept, a fully electric model that will be unveiled at the Los Angeles Auto Show later this month.

The Vizzion is now the seventh car in VW's ID. range and, like its brethren, it's battery-powered and looks straight out of the future. Volkswagen calls it a crossover, but from the sketches we're given, its silhouette is more akin to a shooting brake or beefy wagon. Even VW seems to agree, describing the concept as "[combining] the aerodynamic characteristics of a Gran Turismo with the spaciousness of an SUV." This focus on aero, combined with the car's Modular Electric Drive Matrix platform, will supposedly allow the Vizzion to drive up to 300 miles on a single charge.

VW has given the ID. Space Vizzion's interior a forward-thinking theme as well. A majority of the materials used in the cockpit are meant to be environmentally friendly, such as the vegan leather and other animal alternatives used in the upholstery. The infotainment system is completely digital, of course—check out that computer monitor-sized screen on the center console.

“So far, with our ID. family, we have shown what is possible with electric vehicles in each known car category,” said Klaus Bischoff, Head of Volkswagen Design. “With the ID. SPACE VIZZION we create a new, fully electric segment.”

Volkswagen will pull the wraps off of the actual ID. Space Vizzion on Nov. 19 at the LA Auto Show, where we'll get a much better idea about what this oddball crossover will look like. It's just a concept for now, but a production version is confirmed for 2021.