We talked to the seller, who’s also letting go of a Cadillac hearse-slash-backhoe and C3 Corvette mudder, to get the scoop on these whacky creations. 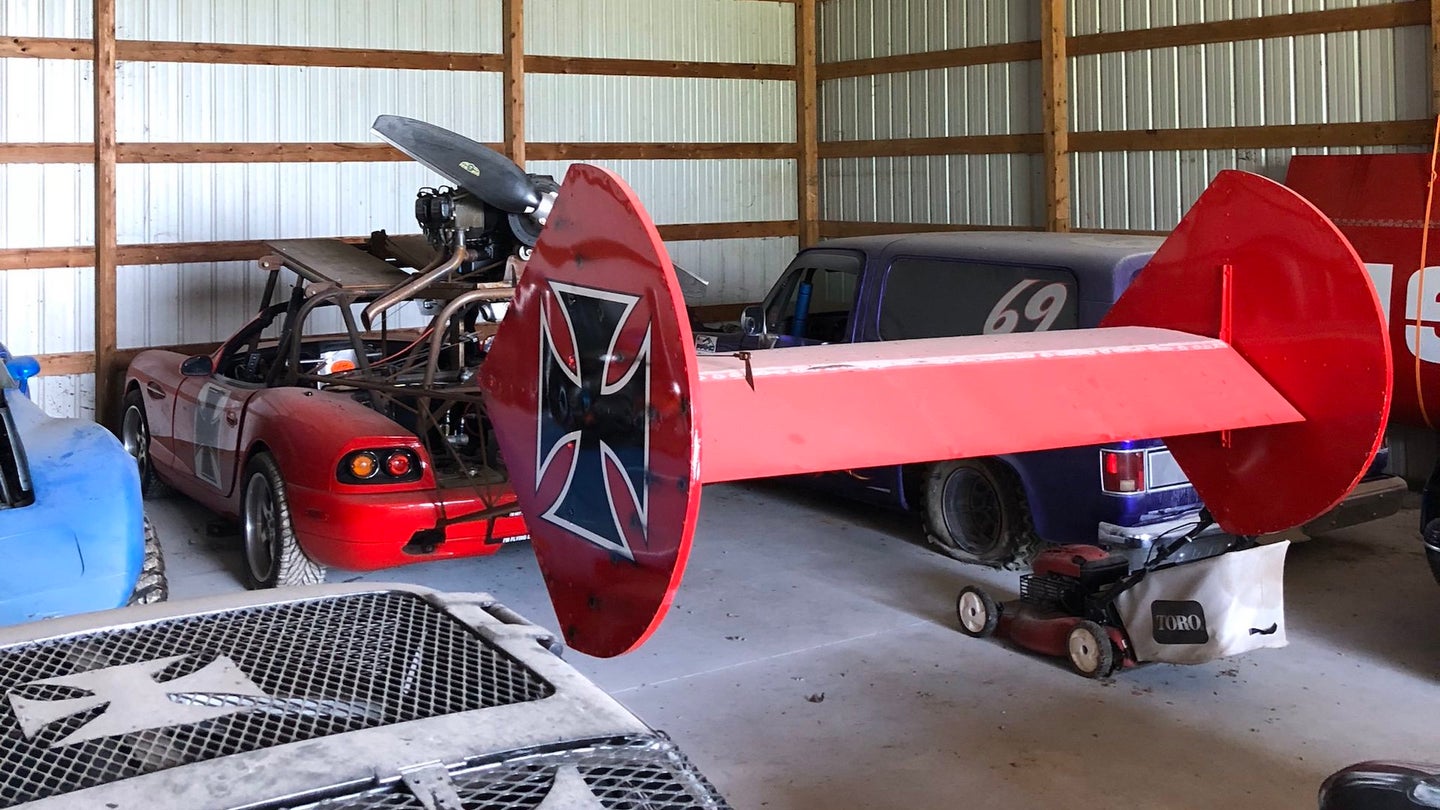 Do you remember Monster Garage? If not, know that it was one of those reality TV build shows ("Ya got five grand and a week to gimme the car!"), but instead of building a big block-swapped Chevelle like everyone else, they turned Chrysler PT Cruisers into wood chippers and a school bus into a pontoon boat. The gimmick was good for five seasons spanning the Junes of 2002 and 2006, and resulted in several dozen builds, multiple of which were sold to a single family at Barrett-Jackson's Scottsdale auction in 2008. That family has stewarded over the cars for the decade since, but according to our talk with a member of that family, the time to sell has come.

"I grew up watching Monster Garage. I was seven when the show first came on, and remember staying up late to watch it and actually watched all the episodes these cars were built on," explained the cars' current keeper, Chris Andreas, to The Drive. "When they were first purchased, I was the caretaker for them; however, due to college and now moving to Memphis for work, the cars have really just sat unused in a barn."

At least five cars from their collection are listed on Facebook Marketplace, all of which we could spend an afternoon talking about, but nobody has time for that. Let's make our run through the cars quick.

A team of cops were apparently tasked with making this one. At one point long-past, this Panther body was capable of frying donuts and making coffee on the move. It's probably not the next big thing in food trucks, but it'd be a great novelty if cleaned back up.

This thing makes a lot of sense from an efficiency standpoint—why not combine the hearse with the tools to dig and fill a grave? Probably because good funeral directors have higher priorities.

Nothing wrong with the red-necking good time that is a nitrous-breathing, big block-powered Chevrolet Corvette with open headers and four-wheel-drive. The only thing missing is a pair of flags; one Stars and Stripes, and one parody "no step on snek" Gadsden.

What has a supercharged V8 and finished the 2004 Pikes Peak International Hill Climb in a then-respectable 15:05? This Blazer. Odds are the people running the race would be happy to see it back...

With its 36-foot wings installed, this Panoz actually flew a few hundred feet. That's all you need to know.

This one-percenter’s party boat has the amenities and glamour to dazzle its way through the seven seas.

The now-unemployed man door-dinged a 1950s Thunderbird while climbing into another roped-off classic car—and that was just the start.

For $43,500 This 2002 Panoz Esperante Convertible Could Make You Feel Like a Million Bucks

It may have a Ford Mustang Cobra engine under the hood, but this bad boy is rarer than most Italian thoroughbreds.