This one-percenter’s party boat has the amenities and glamour to dazzle its way through the seven seas. 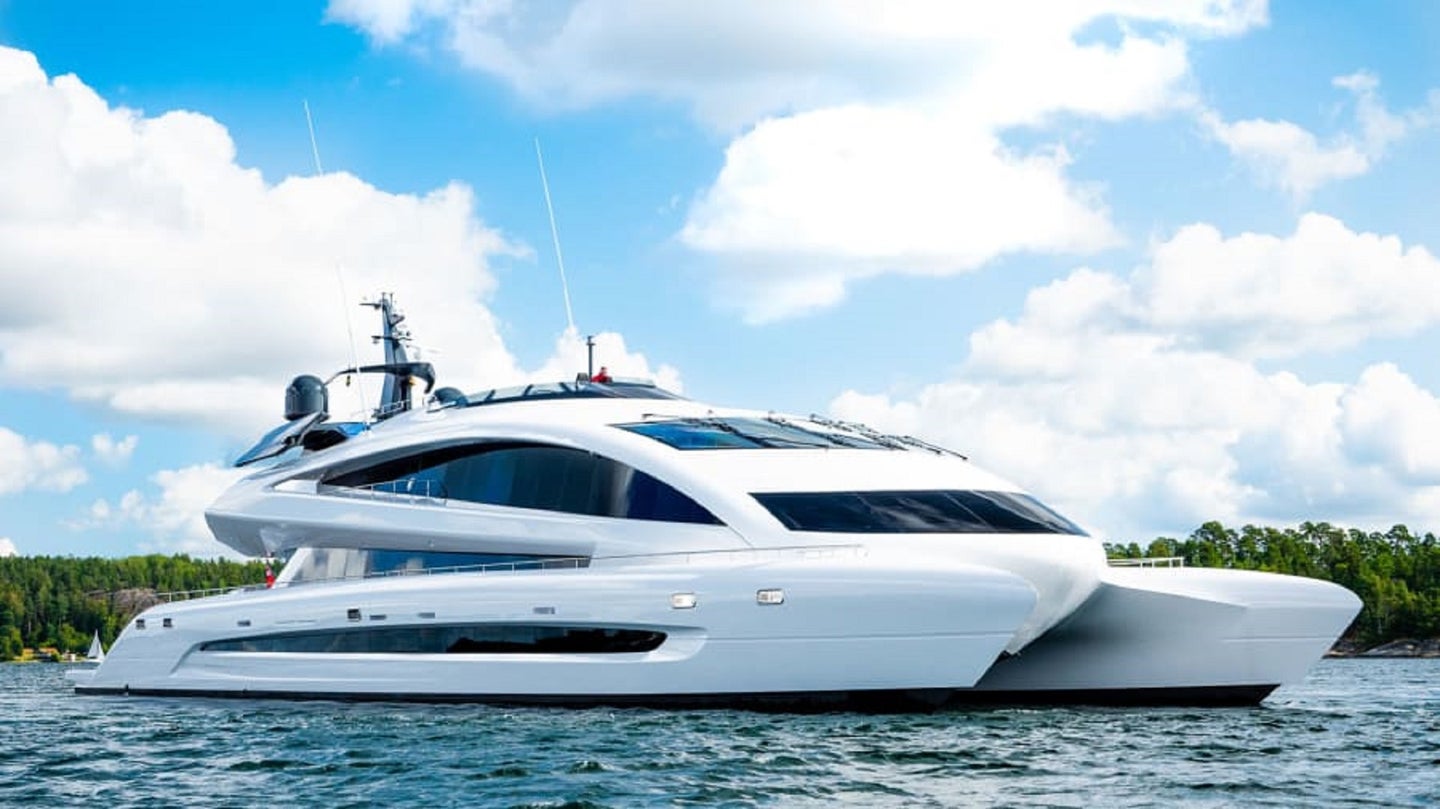 Porsche fans can now take their enthusiasm for the brand to the seas thanks to this Porsche-designed "Royal Falcon One" superyacht, which is looking for its maiden owner. Listed for sale by Camper and Nicholsons, the catamaran-style luxury boat is built by Singapore's Royal Falcon Fleet.

The Royal Falcon One features five cabins: three guest cabins on the main deck, a master suite on the upper deck, and a VIP suite—for when this yacht's Probably Pretty Important owner's Very Important friends come to party. Measuring 135 feet stem to stern, the vessel's square footage is more fitting of a 210-foot monohull yacht.

"The exterior was to represent speed and dynamics in a new and different way," said Studio F.A. Porsche née Porsche Design Studio. "The two hulls create a completely different stance impression, almost resembling the track of a sports car." The sports car-inspired exterior is paired with interior digs ripped straight out of a five-star hotel. A swanky sun deck is where one can find a Jacuzzi and bar. It has enough room to accommodate up to 10 guests.

Powered by two MTU 2,300-hp engines, the Porsche superboat boasts a top speed of around 35 knots and a cruises at approximately 15 knots. Eschewing the predictable "Cayenne of the seas" comparison, its creators have likened it to "a spaceship on water" instead.

As for how much all of this futuristic luxury will cost, the price is currently displayed as "Price on Application" which is really just another way of saying, "If you have to ask..."

If you're more of a Land Rover person, then this eccentric creation should fit the bill.

You Can Buy Paul Allen’s Octopus, Arguably The World’s Most Incredible Yacht

Allen accurately described the Octopus, a ship that’s capable of exploration and entertainment, as being “less a Bentley than a Range Rover.”