You’re gonna need more than a winning lottery ticket to afford this. 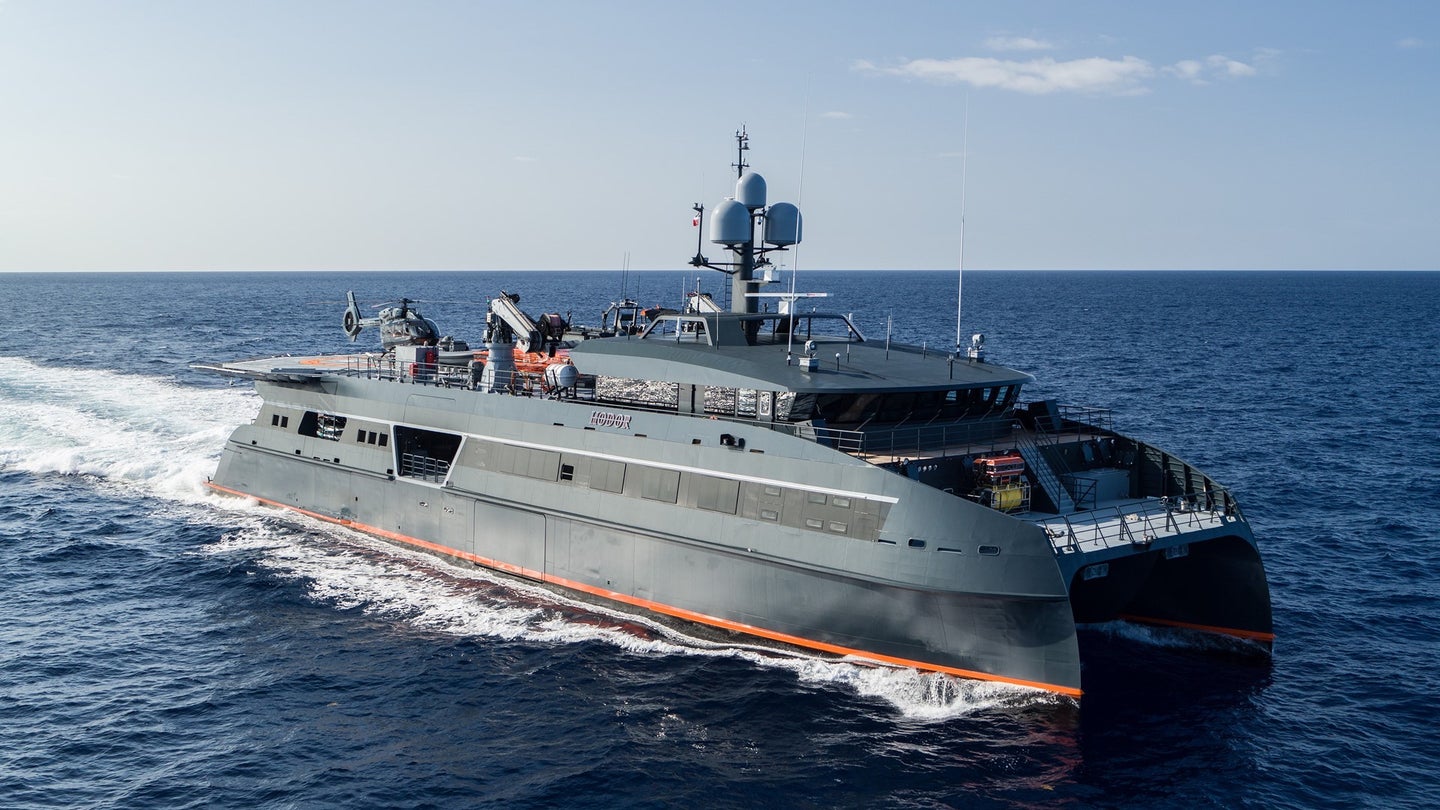 The next time one of those swanky motorhomes shows up to a track day and its owner conspicuously trots out their race-built Porsche, take solace in the fact that there's always somebody out there with even more.

Being shared around on Facebook is something called the Shadow Cat Hodor. Developed by Incat Crowther and YCTS, Ltd., and built by ARMON Shipyards, it's a 216-foot support catamaran dedicated to hauling around its owner's vast collection of toys and is meant to accompany a whole other superyacht. Equipped with a helipad for easy access, the Hodor provides nautical transport for five other boats (the biggest one measuring 56-feet long), jet skis, quad bikes, a damn submarine, and, of course, all of the necessary crew and support staff, per the manufacturer.

This isn't merely a portable warehouse because the Hodor also features a swanky guest lounge in between the helipad and tenders that looks fancier than most people's actual living rooms. The ship is then decked out with dive equipment and a miniature hospital complete with a decompression chamber.

The rote regular-person response to extravagant articles of wealth like this is to file it under "stuff to buy after winning the lottery." Then again, I'm not sure most jackpots are even enough to acquire and maintain a vessel and lifestyle of this magnitude. No, this is for the billionaire class.

Just look at the knuckle boom cranes that drop the smaller but still incredibly expensive boats into the water. That's Bond-level stuff.

Best idea, or the worst idea?