The high-dollar vessel even had people aboard when it rolled over and hit the ground. 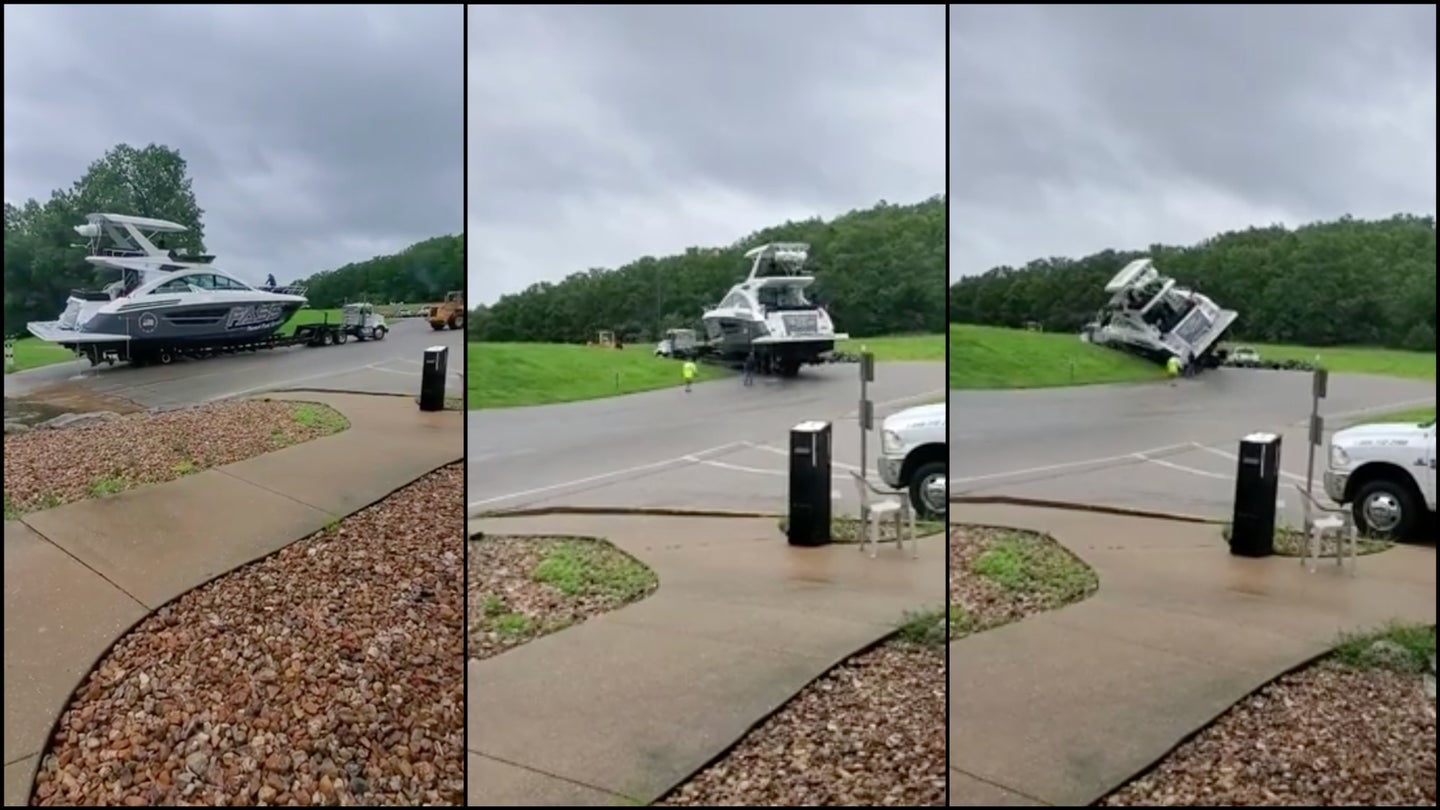 Tragically for boat owners, lake loading docks can be the sight of some unfortunate—and expensive—mishaps. All too often, videos are posted to social media of someone flipping out of a boat and into the water or, in other cases, a vehicle rolling back and turning into a makeshift submarine. However, one recent incident at Missouri's Lake of the Ozarks saw an even more costly result when a luxurious yacht rolled on its side after being hauled out of the water by a semi.

Presumably owned by Fass Fuel Systems president Brad Ekstam, the sizable vessel was sitting atop a flatbed trailer when the catastrophe took place. The transport team had connected the semi to a tractor ahead in order to pull the expensive cargo from the water, but it was improperly secured. When the vehicles started to take a small curve, the load shifted and fell to the ground.

Footage of the accident went viral on Facebook after being shared by a witness Monday afternoon. In the clip, it's clear that there were people aboard the boat when it started to tumble. No injuries have been reported, however.

In essence, it was the incorrect loading and fastening procedure which spelled disaster. Once the trailer dropped a wheel off the pavement, it allowed the boat to slide and the rest was an incredibly pricey blunder.