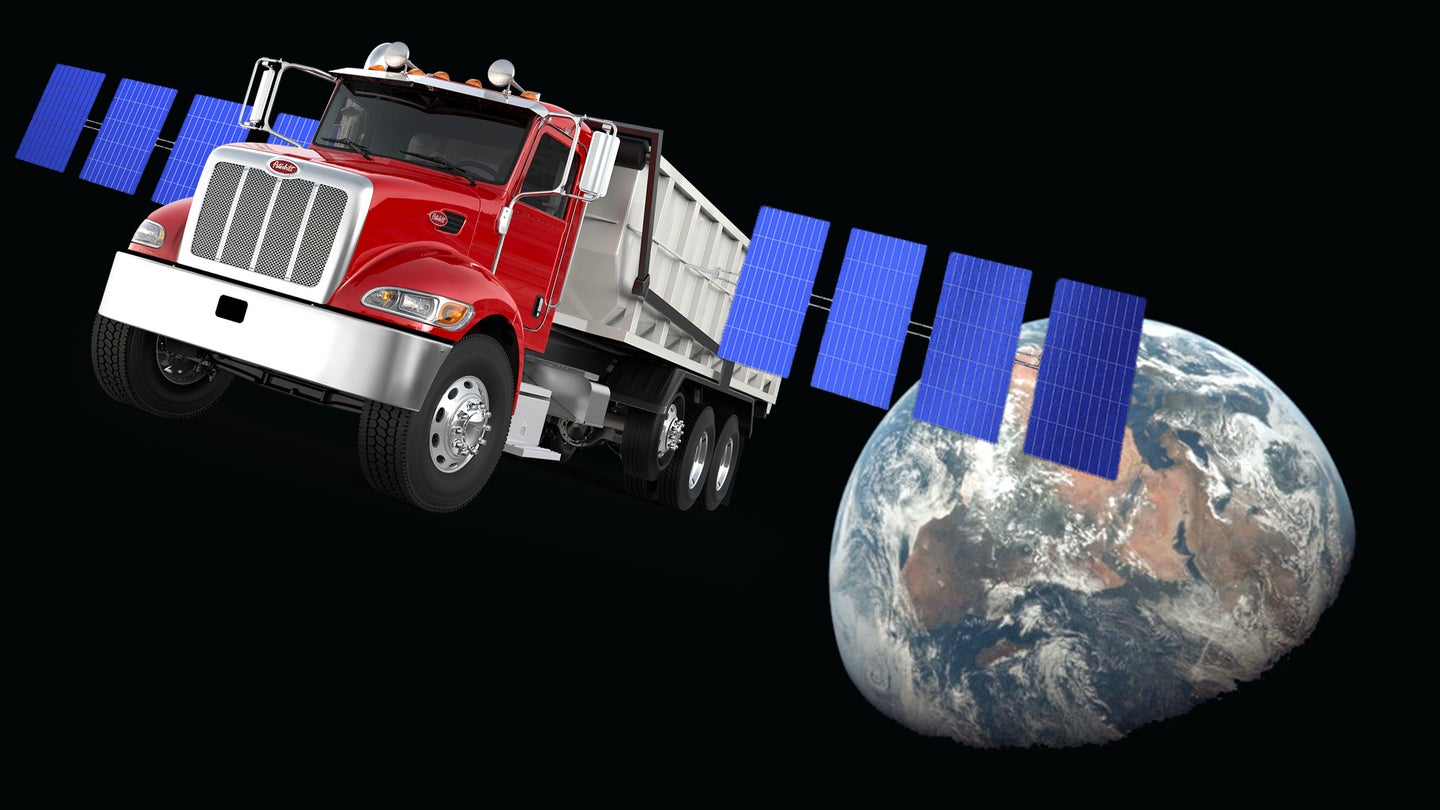 We're awfully curious if there used to be life on Mars. We know there isn't any now because Mars is kind of seedy as far as planets go, but maybe, a long time ago, there were Martians. And by Martians, I mean maybe some kind of ocean floor-sucking bacteria, or something. But whatever that life may have been—if it ever existed at all—we want to know about it. For that reason, we're sending a bunch of stuff to Mars in the 2020s to try and bring some rocks back and test them with our fancy labs here on Earth, and BBC News reports French aerospace firm Airbus has been picked to build the spacecraft that will retrieve the precious payload. In the opinion of myself and the editorial staff, this makes it the first space dump truck.

The European Space Agency doesn't call it that, of course. Dr. David Parker, the director of human and robotic exploration at the organization told the BBC that he likes to call it the "the first interplanetary cargo ship". Of course, he hasn't heard our dump truck idea yet, so he might change his mind after he gets wind of it. And the official name, if you want to get official here, is the Earth Return Orbiter.

Branding aside, Airbus' 6.4-ton satellite is interesting for several reasons. The first and foremost is that it's actually only one piece of the puzzle as far as getting rocks back from the Red Planet goes. In fact, several vehicles will be needed to do the job.

The first is Perseverance, a new rover developed by NASA that will collect the rocks. It's very similar to the other car-sized rover currently on Mars, Curiosity. That means six wheels, rocker-bogie suspension, and a small nuclear reactor to power the whole deal. Perseverance will be equipped with all of the doo-dads necessary to collect the rocks, and after it's done with that, they'll be propelled off of Mars by another rocket.

Perseverance is scheduled to launch from Cape Canaveral on Thursday and arrive at Mars' Jezero Crater next February. NASA hasn't finalized plans to send the secondary rocket, or given details about how it'll land on Mars in a way that enables a relaunch, but it assures us it'll be there within the decade.

And when it does get there, it will pick up the rocks and shoot them right at Airbus' Earth Return Orbiter, which will catch them in Mars orbit and scoot back to Earth. Kind of like Matt Damon in The Martian.

The ERO will be using a combination of chemical propulsion (conventional rockets) and electric propulsion, i.e. an ion engine. Ion engines are good for spacecraft because while they don't produce much thrust, they also use very little power. Thanks to the craft's massive 120-foot solar array, available energy shouldn't be a problem either. Assuming it actually catches the rocket, it should be smooth sailing all the way there and back for our favorite space dump truck.

The ESA's plans to execute this whole operation have been in the works since 2002, however it will be a few more years before everything's in place and the Mars rocks are on their way back home. But if you're a bit impatient for some fire-breathing rocket action, the Perseverance rover is getting launched into space tomorrow somewhere between 7:50 am and 9:50 am ET. You can watch the livestream here: