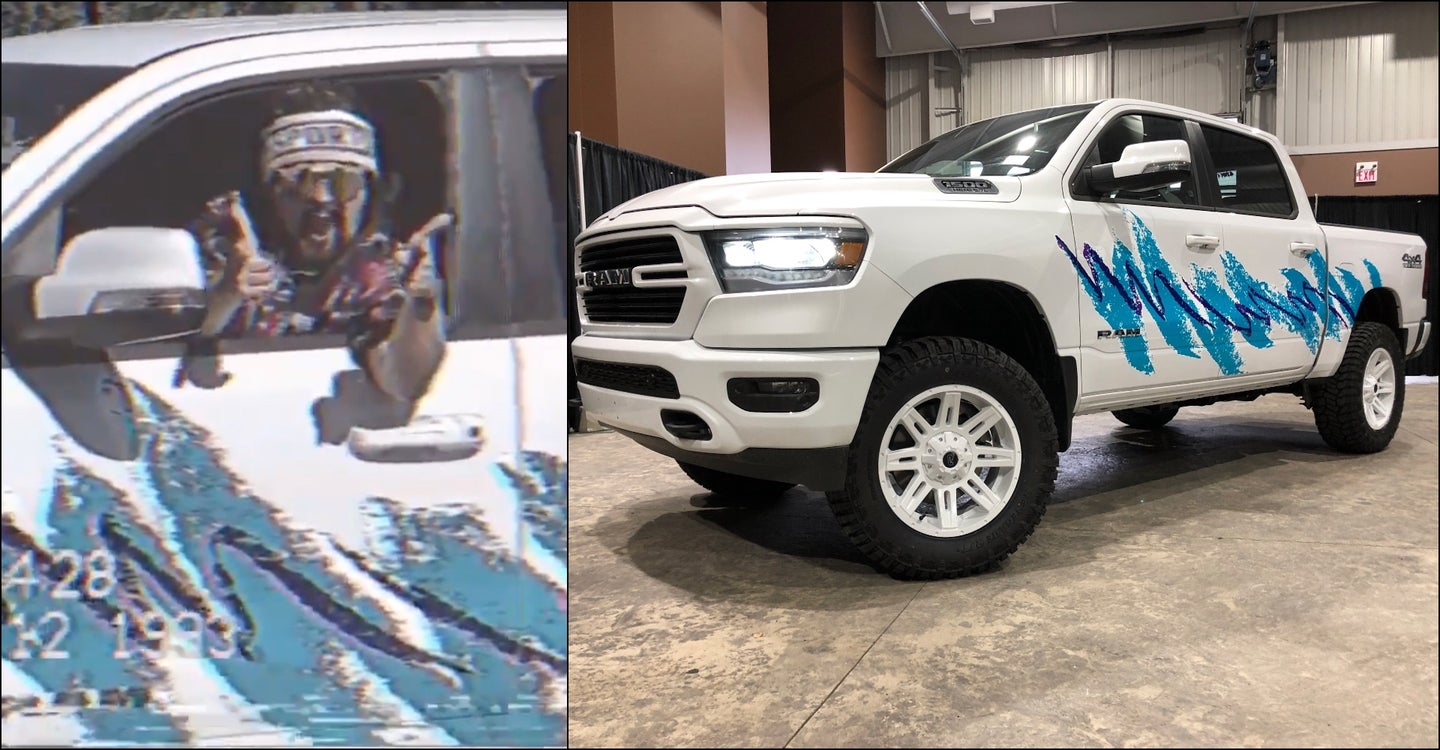 A Ram dealership in Canada has taken an interesting approach to online advertising via Facebook. In a hilarious ad posted to the social media network last week, the dealership shows off a short film made to look like it came straight out of a VHS tape to promote a '90s-themed 2019 Ram 1500.

The genius ad comes from Southside Dodge Chrysler Jeep Ram & RV Centre in Red Deer, Alberta. The Ram 1500 pickup truck featured in the video is dubbed the Full Send 1500, which is decked out in full Quik-Stop coffee cup livery and custom wheels, making the whole thing look like it just came from a dealer lot back in the day.

“You can fit so much '90s into this baby,” claims a mullet-sporting man as he slaps the bed of the Full Send 1500.

According to the listing, there isn't much more to the Full Send 1500 than meets the eye, with the graphics, wheels, and tires apparently being the only modifications performed to this 90s-licious ride. If you're interested, this throwback unit will set you back a modern-day $59,253 CAD, or approximately $44,742 American greenbacks. And sorry, '90s pricing doesn't apply here.

The ad itself is funny, for sure, especially compared to an actual '90s Dodge Ram commercial. However, the video doesn’t do much to actually promote the sale of the truck, unless you consider two people dancing in the bed of the 1500 actual marketing material. That’s probably okay, because pickup trucks accounted for over 35 percent of vehicle sales in the Canadian province in 2017, so it's not like they're hurting for sales.