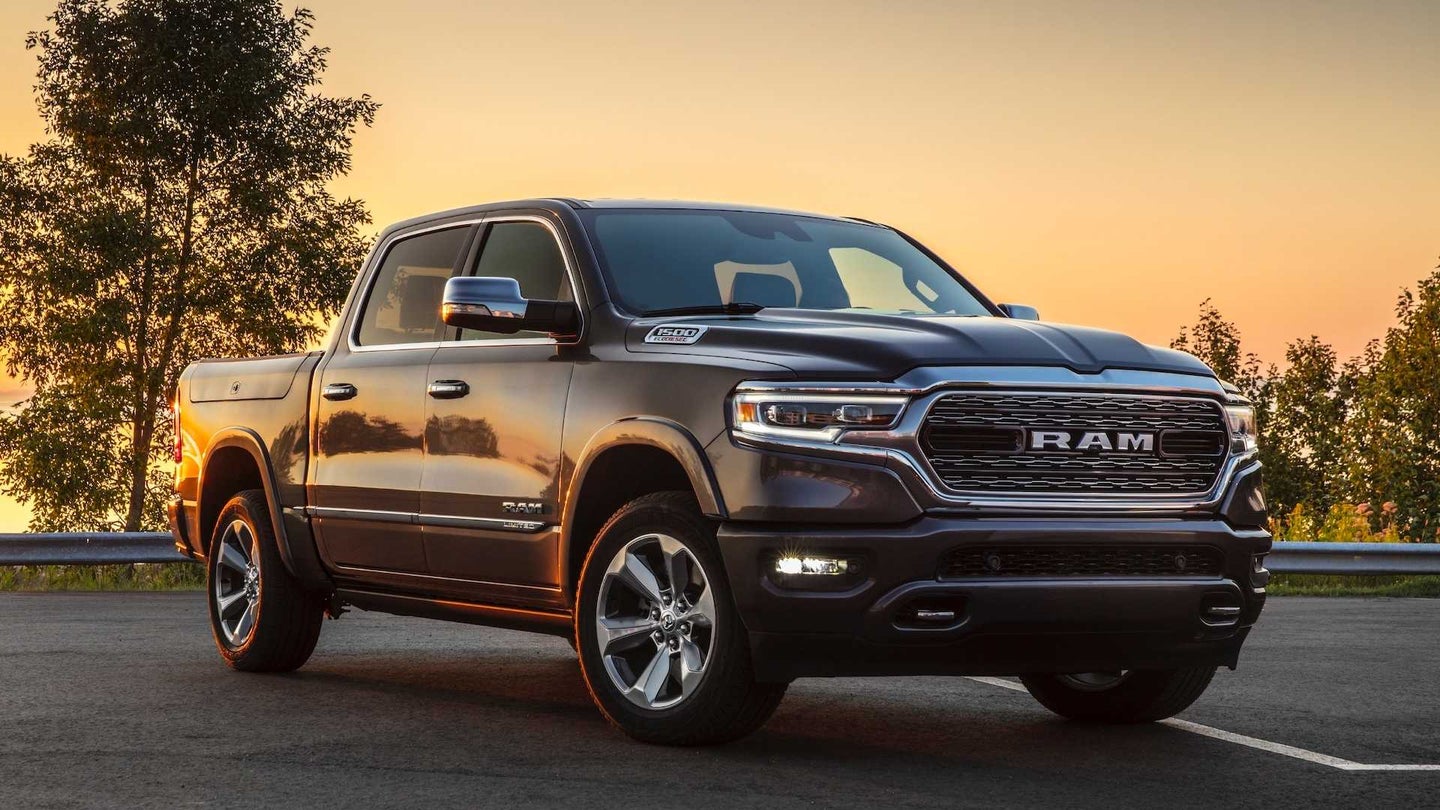 We already knew the 2020 Ram 1500 EcoDiesel was a hit, but until now, there was no word on official fuel economy numbers. Many assumed it'd be close to the Chevy Silverado half-ton diesel, or the Powerstroke-propelled Ford F-150, which was reasonable. In fact, it finds itself right in the middle at 32 miles per gallon highway in top fuel-saving trim, but the most impressive stat is that it can travel over 1,000 miles on a single tank.

It should be noted that the Silverado could do the same if it also had an available 33-gallon setup like the Ram, what with its slightly higher EPA-rated figure of 33 mpg highway. However, the Ram's larger tank makes it the distance king of diesel-powered light-duty trucks along with a few other respectable feats.

Powered by a 3.0-liter, turbocharged V6 that's now in its third generation, the EcoDiesel is drastically improved for 2020. Highway mileage is up by five mpg over the old model, and torque figures are also on the rise to give it the most twist of any truck in its class with 480 pound-feet. That results in a top-spec towing capacity of 12,560 pounds, another benchmark for the half-ton diesel category. This is thanks in part to a few hardware upgrades to the engine including a new variable geometry turbo and redesigned intake ports, among others.

Now, these fuel economy figures we've been talking about are all for two-wheel-drive models as they're the lightest and offer the best mileage in any manufacturer's lineup. That said, when looking at the 4x4 version of Ram's EcoDiesel, it still returns 29 mpg highway. This is important considering that over 80 percent of full-size trucks purchased in the United States are four-wheel-drive. For reference, the 4x4 Chevrolet/GMC and Ford models achieve 29 mpg and 25 mpg respectively on the highway.

Pricing for the 2020 Ram 1500 EcoDiesel starts at $36,890 plus a $1,695 destination fee. The compression-ignition engine can now be had on all trims including the off-road-focused Ram Rebel, a first for the truck.