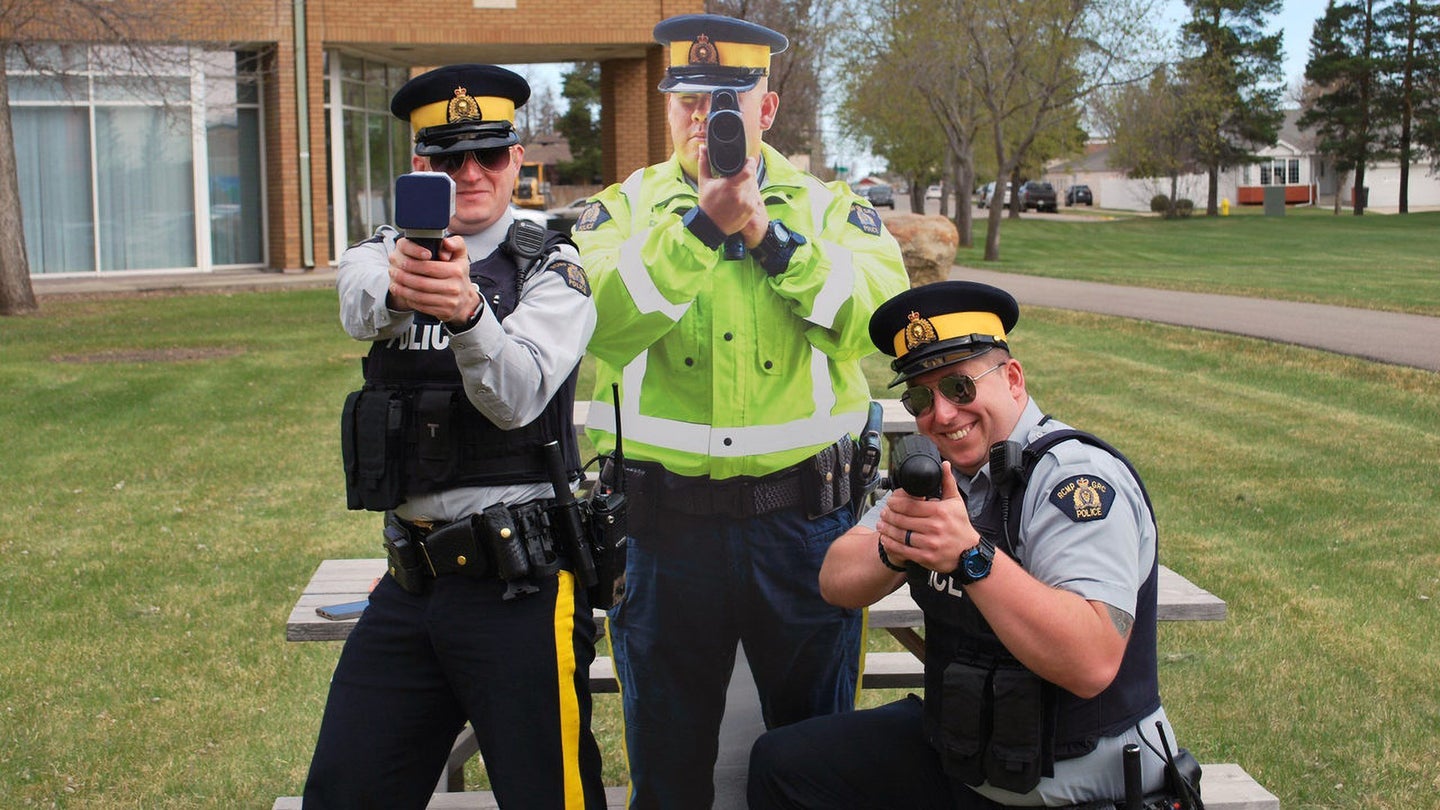 Like out of a Hollywood comedy flick, police in a small Canadian town are resorting to an untraditional way of enforcing speed limits and reducing traffic incidents. The division of the Royal Canadian Mounted Police in Lloydminster, Alberta, is using four lifelike cutouts of police officers holding radar guns to try and reduce speeding and improve on-road safety using scare tactics.

Speaking to CNN, Constable Michael Hagel explained that the new “officers” are sized to match full adults and are made of an aluminum composite, similar to a traditional road sign. They’re then finished with some reflective taping for the vests, making them just as easy to see at night as an actual officer.

The department will them place them at high-risk locations, either along a specific road or at an intersection with hopes of scaring drivers into slowing down.

"We'll start the program in the first week of June by putting the scarecrows in a local school zone," Hagel told CNN.

The other locations include those with high traffic and where there’s increased chances for a crash. As the year goes by, the department will relocate the cutouts to other parts of the town as needed.

The idea of using scarecrow tactics to deter speeders originated from a similar pilot program in Coquitlam, British Colombia. Cutouts were made and then nicknamed “Constable Scarecrow.” According to some staticistics after the fact, the number of speeding drivers caught went down by 50 percent, according to the RCMP.

The RCMP is known to not be kind to speeders and traffic violators. The department immediately impounded a McLaren 720S after it was pulled over for speeding on multiple accounts.